Pence supported George W. Bush’s decision to go to war, which he predicted would “lead Iraq into a new dawn of civilization, a new dawn of freedom from oppression and torture.” 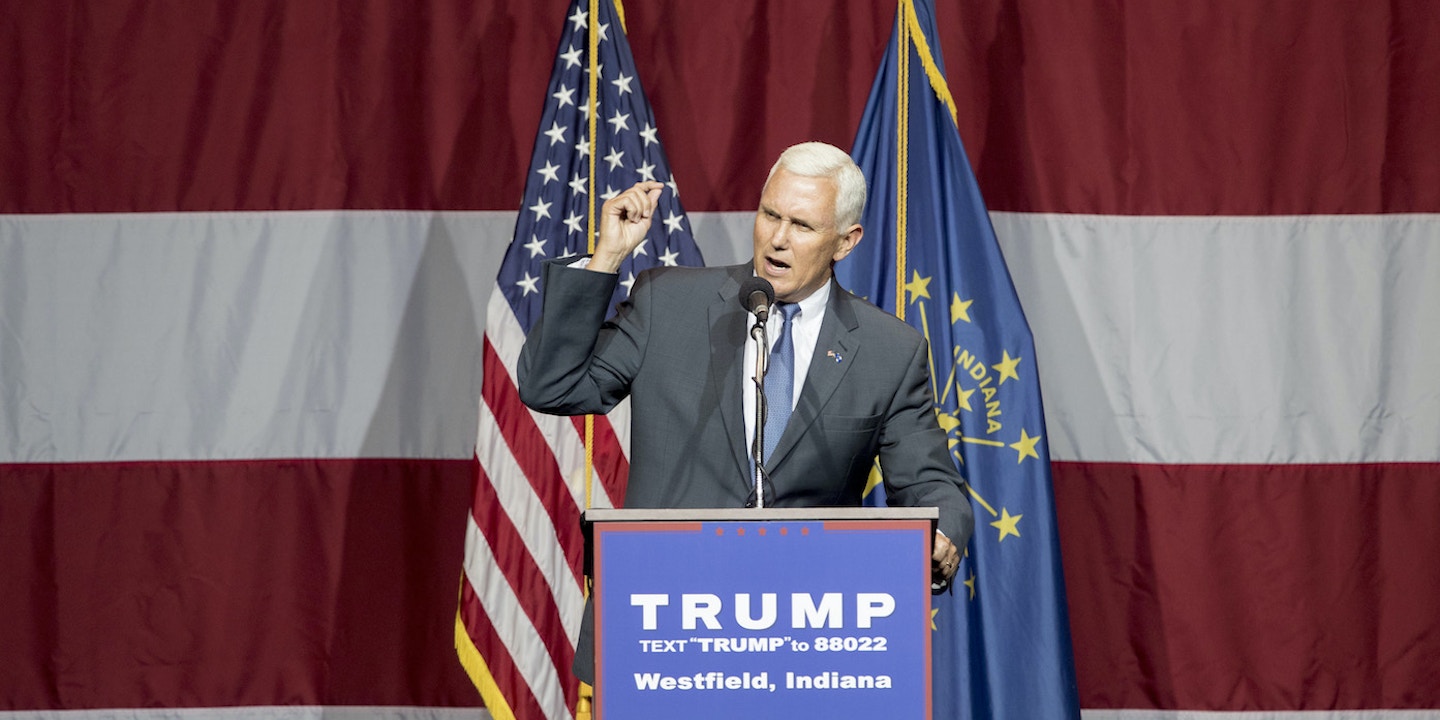 During his presidential campaign, Donald Trump has made the decision to go to war in Iraq a major foreign policy litmus test, concluding that Hillary Clinton was “trigger-happy” for supporting what he called a “disaster.” But his apparent vice presidential pick, Indiana Republican Gov. Mike Pence, was a major proponent of that conflict.

Pence was a congressman then, and not only voted to authorize the Iraq War but was a co-sponsor of the war resolution.

“There is a nation, some 50 nations, that stand ready to end [Iraqis’] oppression, to dry their tears, and to lead Iraq into a new dawn of civilization, a new dawn of freedom from oppression and torture and the abuse of women and the stifling of basic civil and human rights,” he told the House of Representatives on the eve of the war, offering a messianic justification for invading the country that today suffers more from terrorism than any other in the world.

In 2007, as the United States escalated its troops presence in a bid to quell the country’s civil war, Pence visited Baghdad and proclaimed it to be “like a normal outdoor market in Indiana in the summertime.” Three months earlier, a suicide bomber detonated himself in the market, killing 88 people.

The vice presidency is often seen as a ceremonial role, but the person who holds the title often serves as an important foreign policy adviser — few would argue that Dick Cheney did not play a dominating role in the Bush administration’s torture and war policy. The Pence pick signals that Trump may not be so committed to the more restrained foreign policy he has flirted with on the trail.