Steve King defended the lack of diversity at the Republican National Convention by arguing other races had contributed relatively little to civilization. 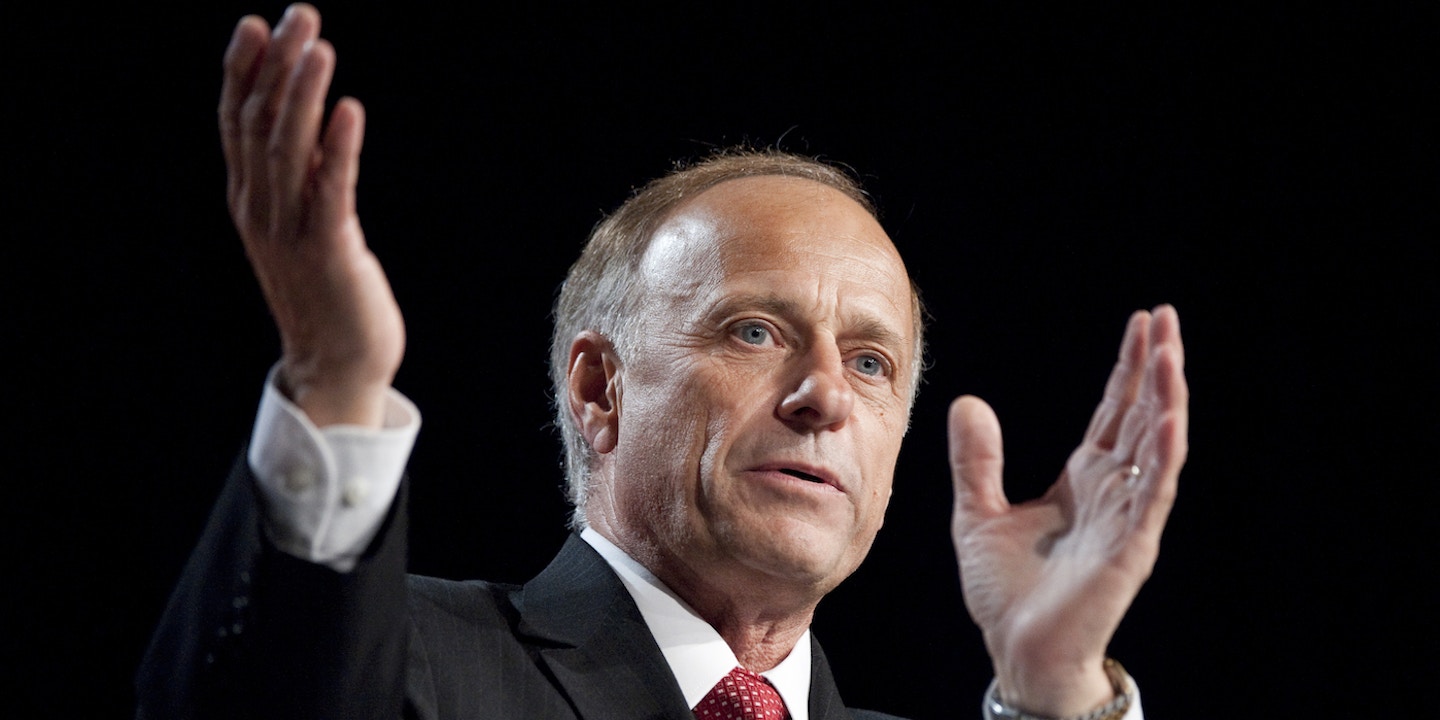 Steve King, a Republican congressman from Iowa, insisted on Monday that there was nothing wrong with the lack of diversity at the Republican National Convention since, he said, members of other races had contributed relatively little to human civilization.

King’s literal assertion of white supremacy, in response to criticism of the party by the Esquire blogger Charlie Pierce, came during a live appearance on MSNBC and seemed to stun the host, Chris Hayes, as well as Pierce and April Ryan, American Urban Radio Networks’ Washington bureau chief.

“This ‘old white people’ business does get a little tired, Charlie,” King said. “I’d ask you to go back through history and figure out, where are these contributions that have been made by these other categories of people that you’re talking about? Where did any other subgroup of people contribute more to civilization?”

Asked by Hayes if he was arguing that other races had contributed less “than white people,” King added, “than Western civilization itself, that’s rooted in Western Europe, Eastern Europe and the United States of America and every place where the footprint of Christianity settled the world.”

Although Ryan asked, “What about Africa? What about Asia?” Hayes took it upon himself to reply, noting that Western civilization had also contributed “Hitler and Stalin as well.”

King’s remarks were not well received on social networks by non-racists or those with even the slightest grasp of history.

Rep. Steve King's belief that the only contributions to civilization have come from white people is both astoundingly ignorant and racist.

Because it's considered rude to call someone or something racist, people often fail to do so. But we can't let comments like that pass.

Someone tell this guy that Christianity started in the Middle East. https://t.co/4sQcmSJ1ed

@farnazfassihi @ShaunKing I'd point him to early science & math (Arabic), plus astronomy (Mayan/Egyptian) & mapping of the world (Chinese)

Steve King is mentally stunted i think. He has unmasked himself according to @amjoyshow

I think Congressman @SteveKingIA might have forgotten he didn't have his white hood on.

Does anyone have the heart to tell Steve King about Arabic Numerals we are calling NOT IT https://t.co/ASeF3TQanj

Statements like this used to end careers. Now they're savvy career moves. Either way @SteveKingIA is a rancid bigot https://t.co/UxMxUAaaOK

King’s frank defense of the disproportionately white makeup of the Republican party came just days after Speaker Paul Ryan inadvertently drew attention to the same problem by posting a selfie on Instagram showing the lack of diversity in the party’s current crop of Capitol Hill interns.

There's something about this photo, I can't quite place it... pic.twitter.com/ZahcIHHTva