Bernie Sanders Left Delegates With No Way to Fight but Boo

Bernie Sanders decided not to demand votes on progressive issues on the convention floor in order to avoid divisiveness. 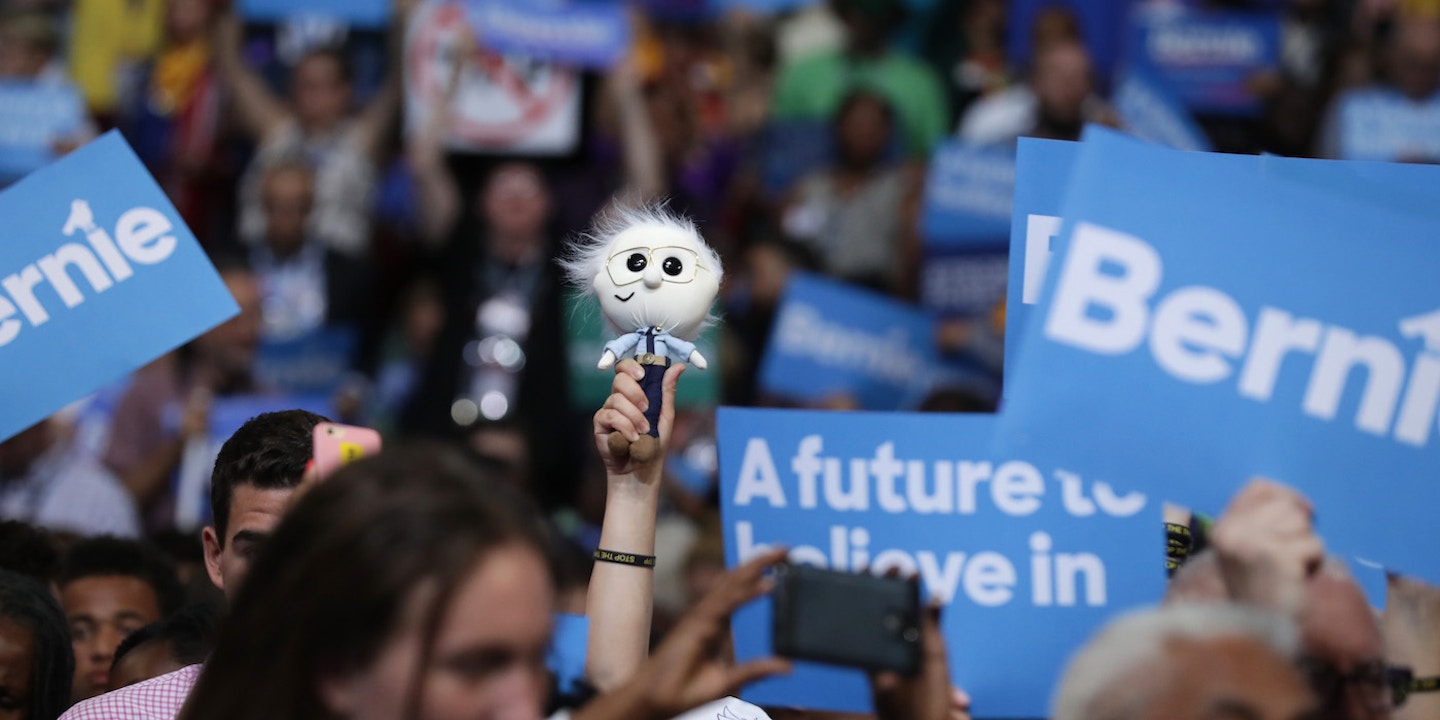 The first night of the Democratic National Convention featured rousing tributes to Hillary Clinton, blistering critiques of Donald Trump — and a chorus of boos from Bernie Sanders delegates at invocations to vote for Clinton, even when they came from Sanders himself.

Many commentators wondered why the Sanders delegates persisted in their protest, weeks after their nominee had conceded the election to presumptive nominee Hillary Clinton.

The answer may rest in a step that Sanders himself took.

In the lead-up to the convention, the Sanders campaign worked with both the Clinton campaign and the Democratic National Committee to help write the party’s platform. Those meetings featured debates between the Sanders and Clinton teams, and while there was progress on many issues, there were many more where Team Sanders suffered defeats — including opposition to the Trans-Pacific Partnership and Israel’s occupation of the Palestinians, banning fracking, and enacting a carbon tax.

Throughout this process, Sanders openly considered bringing key issues where he was stymied to the convention floor itself, by submitting what is called a “minority plank.” That would have allowed his campaign to submit platform proposals to the floor for a vote among all delegates.

This is a process that has been used before, with some success. In 1948, Hubert Humphrey forced the Democratic Party leadership to add support for civil rights to the platform by using the minority plank procedure, which ended up boosting black turnout for the Democrats in the following election. In 1984 and 1988, the insurgent Jesse Jackson campaign mobilized its delegates to stage floor fights on a whole host of issues.

Fighting over the platform on the floor would have offered Bernie delegates the chance to continue doing what they do best — organize and make change. They would have had an opportunity to argue over issues the movement cared deeply about and possibly even move the Democratic Party in ways that Bernie’s inside negotiations with the DNC failed to.

But on July 10, Sanders’s campaign released a triumphant statement calling the platform the “most progressive” in the Democratic Party’s history. On July 12, the Sanders campaign then abruptly ended its talk of a convention fight over the issues. “As a result of our success and the realization that further platform fights would be portrayed in the corporate media as obstructionist and divisive, the senator made the very difficult decision not to file minority reports,” Sanders policy chief Warren Gunnels wrote to key supporters.

But fighting those fights might well have been less “obstructionist and divisive” than the booing — and the unresolved frustrations the booing represented.

Sanders delegates, when deprived of the opportunity to work to improve the Democratic Party at the convention, booed because it was the only outlet they had.

Top photo: A Sanders backer raises a miniature figure in support of the candidate during his speech at the DNC.