Syrian jihadists in Dugma: The Button transform the ultimate act of self-sacrifice — dying for a cause — into a profoundly selfish act. In a scene from Norwegian journalist Paul Refsdal’s new documentary Dugma: The Button, Abu Qaswara, a would-be suicide bomber, describes the sense of exhilaration he felt during an aborted suicide attack against a Syrian army checkpoint. “These were the happiest [moments] I’ve had in 32 years. If anyone had felt exactly what I felt at that moment, Muslims would want to go through the same feeling and non-Muslims would convert just to experience it,” he enthuses to the camera, visibly elated by his attempted self-immolation.

Abu Qaswara’s attack failed after his vehicle was blocked by obstacles on the road placed by the Syrian military. But speaking shortly after he returned from his mission, it was clear that his brush with death had filled him with euphoria. “It was a feeling more than you can imagine,” he says. “Something I cannot describe, it cannot be described.”

Dugma follows the lives of several volunteers fighting with Jabhat al-Nusra, al Qaeda’s former affiliate organization in Syria. Refsdal, who previously produced a film while embedded with the Afghan Taliban, spent six weeks living with al-Nusra fighters in Syria. The men profiled are not Syrians, but volunteers from abroad. Abu Qaswara is a Saudi citizen who traveled to fight in Syria, while another character in the film, Abu Basir al-Britani, is a British-born convert to Islam. Raised in London, Abu Basir came to public attention last year when British reporters discovered that he had formerly been an amateur rock musician named Lucas Kinney in a band called Hannah’s Got Herpes.

The film profiles Abu Qaswara and Abu Basir as they prepare for their respective missions. The men have been approved by al-Nusra leadership to be placed on “the list,” a roster of individuals cleared to conduct suicide attacks. As one al-Nusra religious leader counsels Abu Qaswara, “[This] is about a human life, the most precious thing you have.” Adding, “A person would not sacrifice himself for tons of money, but as you can see, the young men compete over martyrdom operations.”

The lives of the volunteers leading up to their suicide missions are remarkably quotidian. Abu Qaswara meets friends at a fried chicken restaurant, talks on the phone to his family in Saudi Arabia, and beams while watching videos of his young daughter on his laptop. Abu Basir reads the news, picks flowers, and sarcastically jokes with friends about American foreign policy. Describing his own path to joining al-Nusra, he tells Refsdal that while growing up in Britain, “I saw myself as a little different to the people around me. I questioned a lot more.”

Only the few Syrians who appear in the film speak at length about their grievances over the crimes of the Syrian government. In contrast, the foreign volunteers appear largely driven by personal motivations. Liberating the local people from oppression appears at best a secondary concern. Perishing in the conflict and reaping the existential rewards of such an end takes precedence. Both Abu Qaswara and Abu Basir gave up comfortable lives to come to Syria, knowing that certain death would be the outcome of that decision. But rather than deterring them, the prospect of a rewarding death was a primary factor motivating their decision to fight.

This impulse toward self-destruction is actually seen as selfish by some fellow insurgents. In his co-authored 2014 memoir The Arabs at War in Afghanistan, Mustafa Hamid, a former high-ranking Egyptian volunteer with the Afghan mujahideen in the 1980s, described his own frustration with many of the later waves of volunteers arriving to that conflict. “One of the negatives that emerged from the jihad, and which continues to have severe consequences today, was the tendency for the youth to focus not on success and achieving victory and liberating Afghanistan, but on their desire for martyrdom and to enter paradise,” Hamid wrote. This overriding preoccupation with becoming a martyr meant that participation in the conflict, “became individual instead of for the benefit of the group or the country where the fight for liberation is taking place.”

Tracing how the contemporary practice of jihad deviated from his own ideal of defending the rights of oppressed populations, Hamid lamented that “this desire for martyrdom and the rise of a sentiment that nothing matters in war except for retaliation has come to result in suicide operations against civilian targets.” This has in turn bred a callous attitude toward violence that “has reached the level of bragging in front of the camera while carrying out horrific violent acts.” 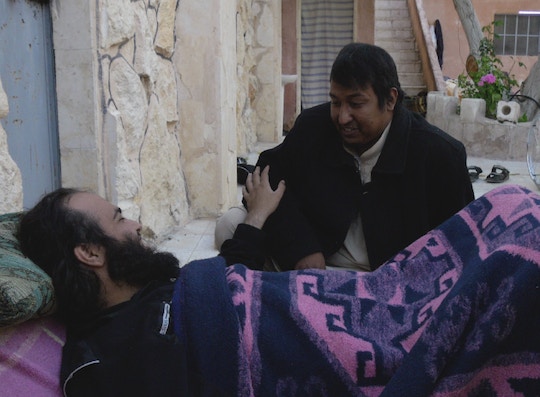 The degeneration of mass movements over time that Hamid lamented has been widely documented in other contexts by political scientists. Although the Islamic State militant group is considered to be the most depraved purveyor of violent jihadism today, it is not hard to glimpse the same sense of heedless fanaticism among Jabhat al-Nusra’s foreign recruits. Despite volunteering to join a civil war, they evince little altruism. In their zeal to die, they manage to transform what in theory is the ultimate act of self-sacrifice — giving one’s life for a cause — into a profoundly selfish act. The distance between this nihilistic attitude and the ad hoc internationalism of Mustafa Hamid, or even the illiberal utopianism of Muslim Brotherhood ideologue Sayyid Qutb, is difficult to overstate.

Suicide bombing has become a common feature of the current age of terrorism and state collapse. As a tactic of war, it was initially pioneered not by Islamists, but by the Liberation Tigers of Tamil Eelam, a Marxist-Leninist separatist group fighting a civil war against the Sri Lankan government. But after being adopted by Middle Eastern militants in the late 1980s and early 1990s (including by several leftist groups), the tactic has since become synonymous in the public imagination with Muslim extremism.

When Abu Qaswara seeks out advice about his coming martyrdom, the al-Nusra leader he speaks with tells him to reflect on his intentions to ensure that he is not simply attempting to “escape from life.” Although the act of suicide has for centuries been considered impermissible by Muslim religious tenets, it was given an aura of ambiguity in modern times after being defended by unscrupulous religious authorities during the Palestinian armed resistance against Israeli occupation. That initial, tacit legitimation of suicide bombing has since contributed to the spread and institutionalization of this tactic by terrorists and insurgent groups around the world.

Belated efforts to put the genie back in the bottle have proven difficult.

Though beautifully made, in many ways Dugma is a difficult film to watch. The characters methodically prepare for death, but at the same time, evince profound love and concern for the wives and children they will leave behind. The ideological circumlocutions they use to justify their impending suicides are often infuriating.

Toward the end of the film, some of the would-be suicide bombers begin expressing reservations about their decision. After learning that his wife is pregnant, Abu Basir al-Britani begins to grapple with the magnitude of his decision to give up his own life. “If I go to a battle and get killed, that’s one thing,” he says, pausing to reflect. “But if I take the conscious decision to go and press the button — if I have a wife and children, they will not forgive me for this.”