Along much of the U.S.-Mexico border, company officials say, an actual physical wall would be essentially useless. An Israel-based security company that provided intrusion detection technology for the barrier between Israel and the Gaza Strip has offered to help Donald Trump secure the U.S. border — but suggests that building an actual wall along every section of the border is not the way to go.

Sa’ar Koursh, the CEO of Magal Security Systems, told Bloomberg News that he would be happy to help Trump. “We would join forces with a major U.S. defense company that has experience with such projects worldwide,” he said. “We’ve done it in the past and we would definitely want to do it.”

For Magal, border-wall building is a lucrative enterprise. It has installed perimeter detection systems between the Gaza Strip and Israel, and has deployed its surveillance and intrusion detection systems in the occupied West Bank.

It is also active in securing West African prisons, international sporting events, and is currently bidding for a contract to export its so-called “smart fencing” — a specialized border fence that self-triggers an alarm if anyone touches it — to the Kenya-Somalia border.

The Israeli security industry is no stranger to the U.S.-Mexico border. The American subsidiary of Israel’s Elbit Systems has been contracted by the Department of Homeland Security to build surveillance towers along the border.

Trump has himself cited the Israeli model in the past. “If you think walls don’t work, all you have to do is ask Israel,” he said during a November primary debate.

In a Skype interview with The Intercept, Hagai Katz, who handles communications for Magal, insisted that the CEO’s comments should not be read as an endorsement of Trump, emphasizing that his company would take part in securing the border under any administration.

Katz explained that he thinks the U.S-Mexico border could “absolutely” be secured, with undocumented immigration reduced to near-zero levels.

Katz cited the network of fences, walls, and electronic surveillance that Israel erected along its southern border to stop illegal immigration from Egypt. Over Skype, he shared figures showing a large drop in immigration after Israel erected large fences: 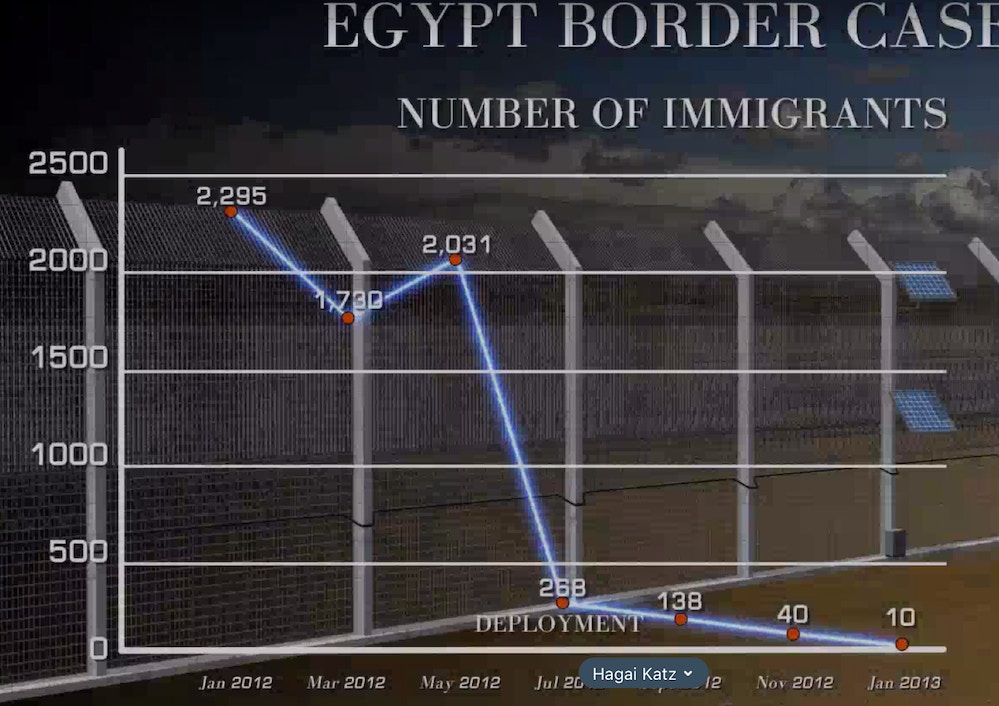 Katz, however, cautioned against the idea of building a literal wall across every section of the border. That level of border protection is only effective in populated areas along the border, he said.

“If you’re in an open spaces, which is more like a desert in a way, not a lot of vegetation, and no nearby cities, then you know putting a fence for thousands of kilometers or miles it just doesn’t make sense,” he warned.

He shared a video from The Guardian of suspected drug smugglers easily scaling a barrier currently erected in Nogales, Arizona. There were no police or military units around to detect or intercept them, so a wall provided little deterrent.

For those areas, he instead suggested observation towers, smart fencing, cameras, and other surveillance equipment where migrants could be detected before they reach the border and intercepted with security forces. A company slide he shared with me demonstrated this multi-pronged approach: 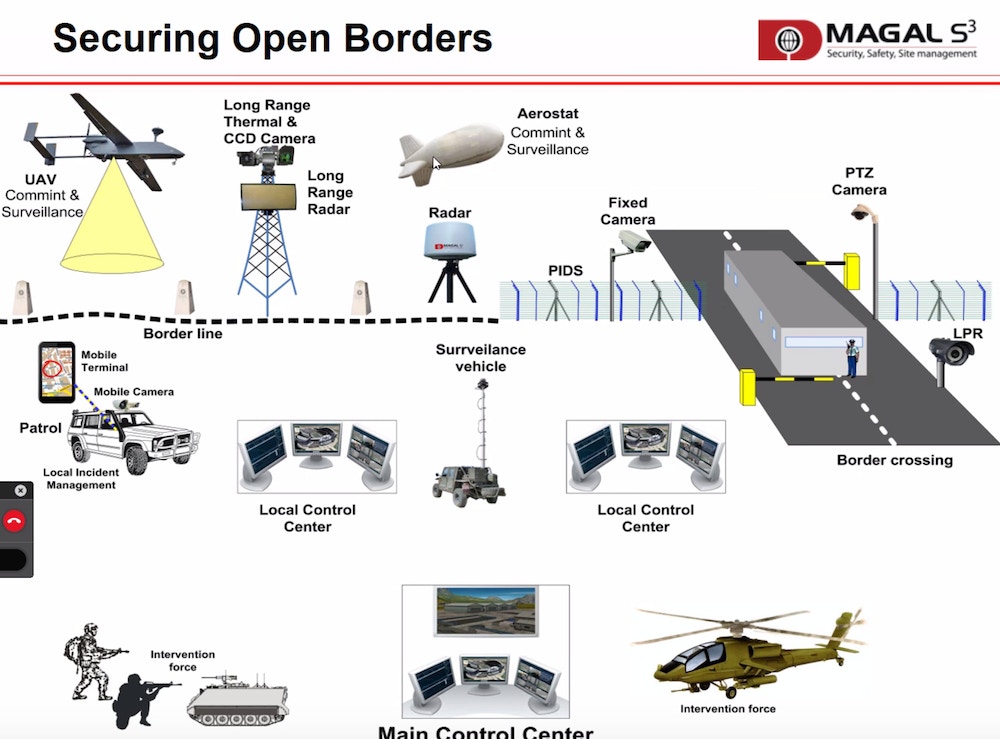 Another slide showed an electronic border fence in Slovakia, where the country used electronic poles and underground fencing to detect crossers and alert authorities: I asked Katz who Slovakia is stopping with these devices. “Illegal immigrants,” he replied.

The U.S. government is hardly unfamiliar with these techniques. Many, if not all, are already in use in some capacity. But a massive, fairly recent effort to use them to patrol more of the border and prevent unauthorized entry resulted in an epic waste of money.

In 2005, the Department of Homeland Security (DHS) started the Secure Border Initiative (SBI), aiming to expand the use of fencing and virtual detection to block undocumented immigration.

A multi-billion contract with Boeing called for a system called SBINet to control a network of cameras and sensors intended to identify unauthorized entry and alert authorities.

During initial tests, the system was repeatedly triggered in error by things like rain. A 2010 Government Accountability Office report noted that “since March 2008, the number of new SBInet defects has increased faster than the number of defects that have been fixed, which is not a trend that is indicative of a maturing system.” Finally, in 2011, after a billion dollars had already been spent, DHS axed the program altogether.

Top photo: Israeli soldiers patrolling the border with the Gaza Strip in Aug.2014.