Bearing its dark legacy from the dictatorship era, the Brazilian secret service, ABIN, fights to increase its budget and prestige in the state’s hierarchy. The enemy could not have chosen a worse time to turn up. On the eve of a major international sporting event, Brazil was simultaneously living through profound economic and political crises. With the country at its weakest moment and fears spreading rapidly, the bombshell dropped: A secret service report leaked to the press revealed that a group of Brazilian citizens, in collusion with foreign agents, planned to arm themselves in order to commit acts of violence and thus further destabilize the country.

That was 30 years ago, in the first year of the post-dictatorship era. The event was the 1986 FIFA World Cup in Mexico. In Brazil, President José Sarney’s government was a disaster, and the cumulative inflation would reach 65 percent that year. The dangerous enemy rehearsing the moves to plunge the country into chaos? According to the secret service, which at the time was known as the National Information Service (Serviço Nacional de Informações, or SNI), the threat was the return of guerrilla warfare, funded by foreign agents, principally from Germany, but also involving the left-leaning opposition Workers’ Party and the trade union federation Unified Workers’ Central. Of course, the threat was just a delusion. It was fabricated by the SNI to warrant the criminalization of social movements and help stop the construction of a left-wing political project, but not only that. The creation of a dangerous enemy right at the beginning of the democratic transition justified the existence of an entity that had become the symbol of the dictatorship.

That was neither the first nor the last time that the Brazilian secret service, aiming to maintain or expand its powers, “planted” in its reports the existence of a radical internal enemy colluding with powerful foreign enemies. In 1960, when the entity was still called the Information and Counterinformation Federal Service, the threat was embodied by a picture of Fidel Castro nailed to the façade of the National Students’ Union headquarters in Rio de Janeiro. Four years later, in the early days of the civil-military dictatorship, the red alert was triggered by the discovery of a nightclub suspiciously named Battleship Bartemkin (a play on words of the classic Soviet propaganda film Battleship Potemkin).

There’s more. In 1989, on the eve of the first post-dictatorship direct presidential elections, the secret service triggered the alarm for the existence of a communist plot to revive the armed struggle to bring about a proletariat dictatorship; nationalize major industries, banks, and the media; and expropriate private land holdings.

In 1994, just before Fernando Henrique Cardoso defeated Luiz Inácio Lula da Silva securing his first term in the presidency, the press published a scoop from the secret service that categorically stated that the landless workers’ movement was discretely training a guerrilla force.

In 1998, at the end of Cardoso’s first term, while the secret service attempted to reinvent itself yet again by considering the rollout of yet another name change (its fourth title, thus far), the enemy du jour, according to another providential leak in the press, was a band of foreign agents (this time North Korean, Chinese, and American) operating clandestinely on Brazilian soil.

They were all delusions and fabrications. In other words, manipulation.

One of the first initiatives of the acting president, accused by many of enacting a coup d’état, was to (re)militarize the secret service. We have returned to the ways of 1964.

During the civil-military dictatorship that spanned from 1964 to 1985, the secret service was the tentpole of authoritarian power (two presidents came from its ranks*), propping up the state’s horrific apparatus of repression. Since the beginning of the democratic period, it never found a suitable position within the state. It remained a civilian-controlled military body (with a self-evident military mindset, i.e., fighting the “enemy”). The entity carried on openly participating in internal and external matters simultaneously under their mandate, something that would be inconceivable in countries with respect for the rule of law. It also continued to operate clandestinely to protect presidents while simultaneously participating in operations to destabilize governments (Cardoso and Lula were the last ones to experience this carrot-and-stick approach).

Only during Dilma Rousseff’s second mandate, 59 years after its foundation, did the secret service finally shed its military yoke. That came with the end of ABIN’s (Portuguese acronym for Brazilian Intelligence Agency, received in 1999) subordination to the Institutional Security Cabinet (GSI), the grandiose title under the former Military Cabinet. Last year, Rousseff abolished the GSI and integrated the secret service into the Secretariat of the Presidency of the Republic, a civil body. It appeared that ABIN would finally get an institutional redesign more conducive to a democratic country. But then Michel Temer took power … Among the numerous institutional setbacks initiated by the Temer administration is the devolution of ABIN to the GSI, which was itself resurrected from the ashes. In other words, one of the first initiatives of the acting president, accused by many of enacting a coup d’état, was to (re)militarize the secret service. We have returned to the ways of 1964.

After discovering that his father and uncle were among the 377 servicemen accused of human rights violations, Gen. Etchegoyen publicly labeled the commission’s work as “frivolous” and “pathetic.”

The secret service is once again under the gaze of a hard-line military man. Four-star Gen. Sérgio Etchegoyen, appointed by Temer to be the GSI’s new director, is part of a clan of radical servicemen with an authoritarian bias that has held high-level positions in the army for the last century. Alcides Etchegoyen, his grandfather, tried to stop President Washington Luís being inaugurated in 1926. Then, he replaced the nefarious Filinto Müller as head of the Federal District Police in 1942 during Getúlio Vargas’s “Estado Novo” dictatorship (1937-1945) and was part of the group that sought to force Vargas’s resignation in 1954. Leo Etchegoyen, the father of GSI’s director, was given control of the southern state of Rio Grande do Sul’s police force soon after the 1964 coup, at which point he welcomed Dan Mitrione, a United States government police trainer and torture instructor, for a “training course” in the state’s Civil Guard. Gen. Cyro Guedes Etchegoyen, Minister Sérgio Etchegoyen’s uncle, is known as the man behind “Casa da Morte” (Death House), the infamous clandestine torture and assassination complex in Petrópolis, Rio de Janeiro, where political prisoners and dissidents were beaten to death, received electrical shocks, and were executed with lethal injections meant for horses.

Minister Sérgio Etchegoyen has already proven his authoritarian streak as well. At the end Rousseff’s first term, he was the first active, high-ranking officer to publicly question the inquiry led by the National Truth Commission, which investigated crimes committed by state agents during the civil-military dictatorship. After discovering that his father and uncle were among the 377 servicemen accused of human rights violations, Gen. Etchegoyen publicly labeled the commission’s work as “frivolous” and “pathetic.” At the time, he was not punished; soon after, President Rousseff even promoted him to army chief of staff. Today, as GSI director, Etchegoyen is the one who decides who may and may not pass through the barricade placed at the entrance to the presidential palace, where Rousseff continues to live while she awaits her impeachment trial. He is also responsible for her security restrictions and established the limits on Dilma’s official travel by air and ground.

Now, with the return of a military mindset and under the control of Gen. Etchegoyen, the secret service seeks to strengthen itself. To this end, it has taken on the systematic dissemination of fear throughout the society. Fear of an internal enemy working in collusion with an external enemy. In the age of the Islamic State, “lone wolves,” and troubling terrorist attacks in Europe and the United States, it does not appear difficult to “sell” to Brazilian society that danger is omnipresent and anyone could be the enemy. The solution is, of course, surveillance and punishment. Emulating George W. Bush, the Temer government is cultivating the war-on-terror mindset 15 years after it took hold in the United States.

In recent weeks, ABIN started selling its wares in the paranoia market. It started a “terrorism prevention” campaign as if it was a serious threat, in which it urged the public to report “suspicious people” — which, according to ABIN, includes people who “wear clothing, backpacks, and purses incommensurate to the circumstances and climate” and “act strangely and demonstrate intense restlessness.” ABIN continued to advance its fear narrative by suggesting that it was working day and night to prevent attacks during the Olympics. Later, it warned the public of “dozens of possible threats” daily and the increased risk of attacks during Rio 2016. The crowning achievement of the campaign to disseminate fear came last month with Operation Hashtag, which, according to ABIN and the Justice Ministry, dismantled a terrorist cell that was planning attacks during the Olympic Games. The 14 Brazilians arrested in two phases had done Google searches on how to buy a rifle. They had also taken an oath to the Islamic State, which is easily found online, exchanged messages celebrating the attack in Nice, France, and showed interest in learning martial arts. The group’s firepower was limited (suffice it to say that they had no plan; no clear leadership; had not been in contact with any members of the Islamic State; had no money to travel, let alone to buy weapons; and behaved in an absolutely amateurish and ostentatious manner; they were “crazy fucks,” as Defense Minister Raul Jungmann described the group). It was enough, however, to debut the new Brazilian Anti-Terrorism Act. 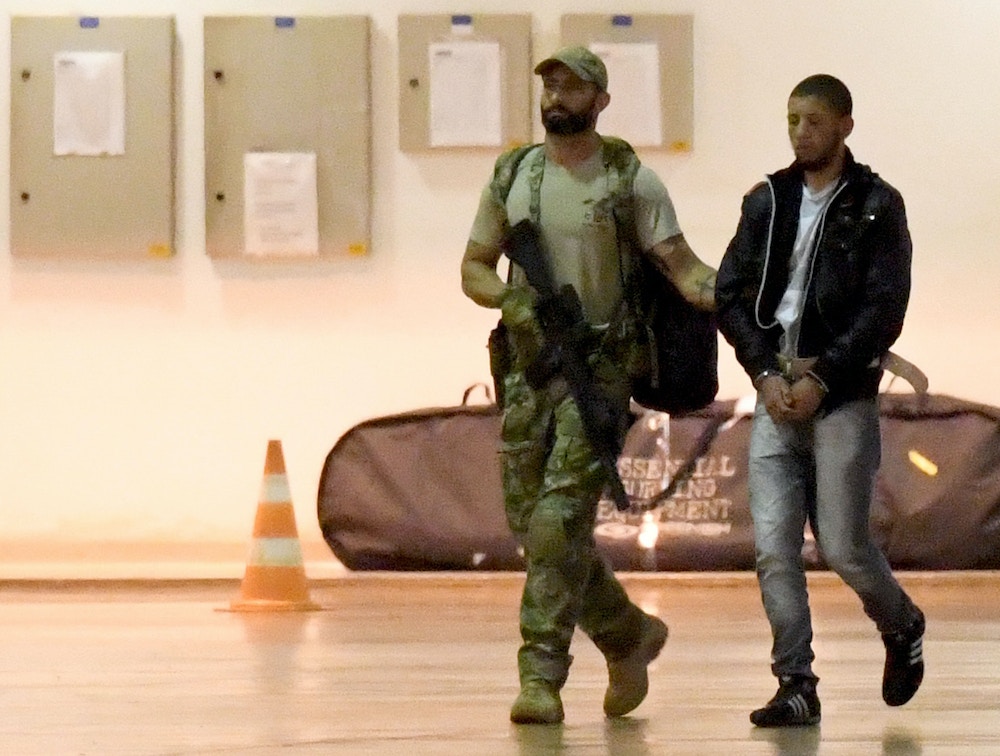 But the show must go on. According to ABIN, the 14 members of the alleged “terrorist cell” thwarted by Operation Hashtag are not the only lone wolf cubs roaming around freely. There are a hundred Brazilian “suspects” still being monitored.

For years, the secret service has fought to raise its budget and prestige in the state’s hierarchy. Recently, it requested the right for its agents to wiretap and carry firearms. ABIN continues to hope for increased power and resources and refuses to abandon its dark legacy from the dictatorship era. Its current general director, Wilson Roberto Trezza, is a veteran from the SNI era. After the Olympics, he might be substituted out for Janér Tesch Hosken Alvarenga, yet another agent trained in the National Information Service.

As the worn-out, positivist catchphrase adopted by the new government goes, Temer now wants “order and progress.” The secret service is already prepared to offer its contribution.

*Before assuming the presidency, two presidents during the military dictatorship, Emilio Garrastazu Medici (1969-74) and João Baptista de Oliveira Figueiredo (1979-85), were directors of the SNI. 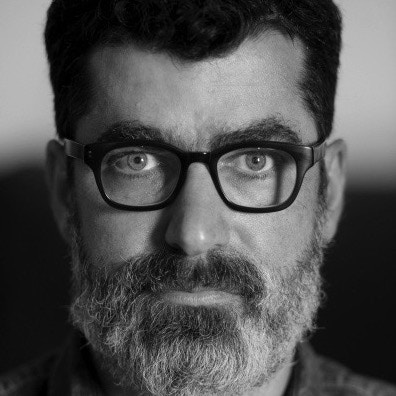