Sympathetic pundits claim there is no evidence that well-heeled backers of the Clinton Foundation received favorable treatment from the State Department. The evidence says otherwise. 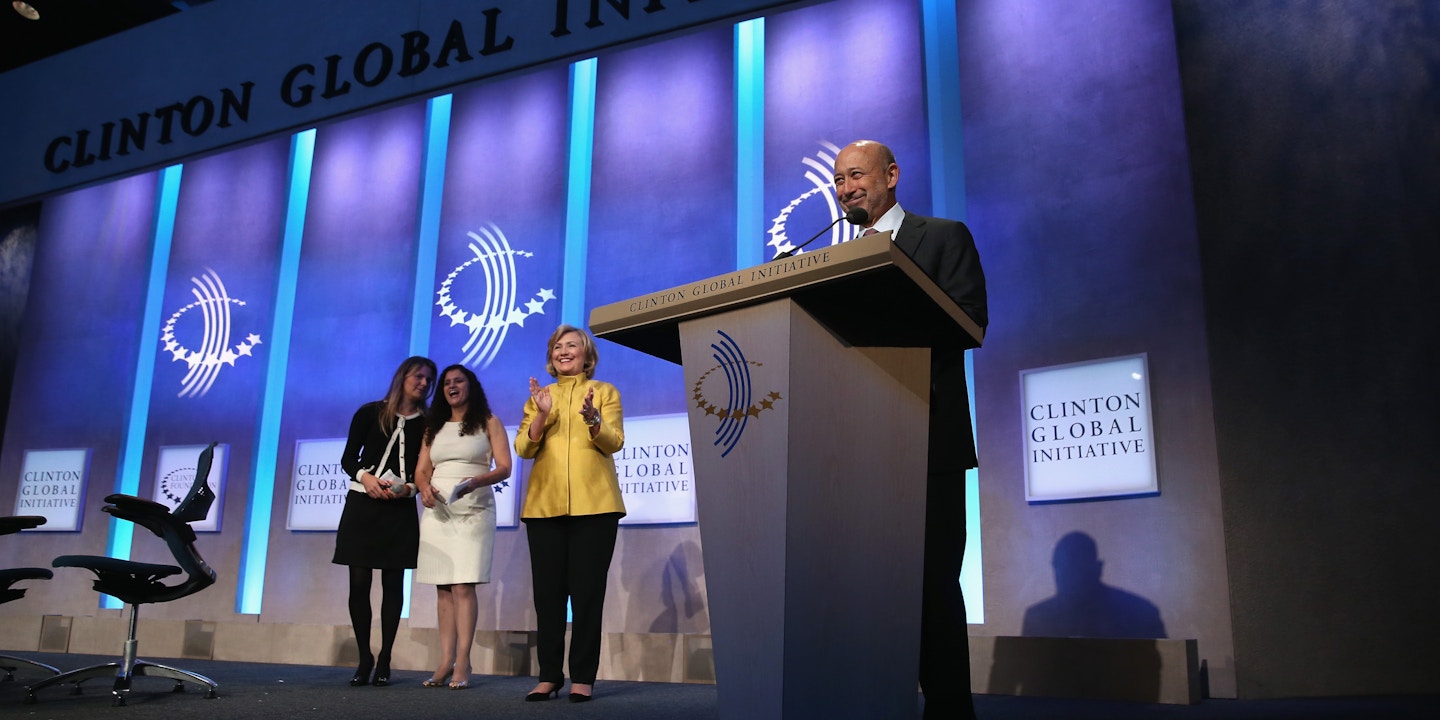 The Associated Press story this week revealing that as secretary of state, Hillary Clinton frequently met with donors to the Clinton Foundation, set off a firestorm in the media. Many Democrats and sympathetic pundits are criticizing the article — and have made the sweeping claim that, contrary to many deeply reported investigations, there is no evidence that well-heeled backers of the foundation received favorable treatment from the State Department.

While there are some legitimate criticisms of the AP story — its focus, for instance, on a Nobel Peace Prize winner meeting with Clinton distracts from the thesis of the piece — it is nonetheless a substantive investigation based on calendars that the State Department has fought to withhold from the public. The AP took the agency to court to obtain a partial release of the meeting logs. Other commentators took issue with a tweet promoting the AP piece, which they said might confuse readers because the AP story reflected private sector meetings, not overall meetings.

But in challenging the overall credibility of the AP story, Clinton surrogates and allies are going well beyond a reasoned critique in an effort to downplay the serious ethical issues raised by Clinton Foundation activities.

One frequent line of attack heard this week is that stories concerning the Clinton Foundation, at best, only reveal that some foundation donors received help at the State Department with visa problems:

The assertions above obscure the problems unearthed through years of investigative reporting on the foundation. Journalist David Sirota, who has reported extensively on the Clinton Foundation, rounded up a sample of the stories that provide a window into Clinton Foundation issues:

The Intercept has also reported on the Clinton Foundation and the conduct of the State Department under Clinton. Leaked government documents obtained by The Intercept revealed that the Moroccan government lobbied Clinton aggressively to influence her and other officials on the Moroccan military occupation of Western Sahara, which holds some of the world’s largest reserves of phosphate, a lucrative export for the kingdom.

As recently as Monday, we learned that after being denied an official meeting with the State Department, Peabody Energy, the worlds largest coal company, used a consultant who donated heavily to the Clinton Foundation to back channel and attempt to set up a meeting with Clinton via her aide Huma Abedin. The consultant, Joyce Aboussie, wrote that “It should go without saying that the Peabody folks” reached out to her because of her “relationship with the Clinton’s [sic].”

Peabody and Aboussie have declined to comment, and it is unclear if the meeting took place.

There may be many other potential influence-peddling stories, but the State Department has not released all of the emails from Clinton’s private server and other meeting log documents, while redacting identifying information that could shed light on other stories. For example, Mother Jones and The Intercept have reported that Clinton used the State Department to promote fracking development across the globe, and in particular her agency acted to benefit particular companies such as a Chevron project in Bulgaria and ExxonMobil’s efforts in Poland. Both ExxonMobil and Chevron are major donors to the Clinton Foundation.

The release of more meeting log documents and emails would certainly reveal a better picture of potential influence.

In further criticizing the AP, Yglesias wrote on Thursday that the Clinton Foundation faces a double standard and that similar charitable groups set up by Republicans were not criticized closely by the press. In fact, Democrats and media figures roundly criticized the public interest foundations set up by Republicans and funded by lobbyists and special interest groups, including nonprofit organizations affiliated with Newt Gingrich and George W. Bush.

Earlier this year, in similar fashion to the questions raised about the Clinton Foundation, Democrats in Arizona raised influence peddling concerns regarding the reported $1 million donation from the Saudi Arabian government to the McCain Institute for International Leadership, a nonprofit group closely affiliated with Sen. John McCain, R-Ariz. As chairman of the Armed Services Committee, McCain oversees a range of issues concerning Saudi Arabia, including arms sales. But none of the pundits rushing to the defense of the Clinton Foundation defended McCain.

In fact, the more Clinton’s allies have worked to defend big money donations to the Clinton Foundation, the more closely they resemble the right-wing principles they once denounced.

In one telling argument in defense of the Clinton Foundation, Media Matters, another group run by David Brock, argued this week that there was “no evidence of ethics breaches” because there was no explicit quid pro quo cited by the AP. The Media Matters piece mocked press figures for focusing on the “optics” of corruption surrounding the foundation.

Such a standard is quite a reversal for the group. In a piece published by Media Matters only two years ago, the organization criticized conservatives for focusing only on quid pro quo corruption — the legal standard used to decide the Citizens United and McCutcheon Supreme Court decisions — calling such a narrow focus a “new perspective of campaign finance” that dismisses “concerns about institutional corruption in politics.” The piece notes that ethics laws concerning the role of money in politics follow a standard, set forth since the Watergate scandal, in which even the appearance, or in other words, the “optics” of corruption, is cause for concern.