Obamacare Is Faltering for One Simple Reason: Profit

Either Obamacare will include a universally available, nonprofit public option, or it will eventually expire. There is no third way. 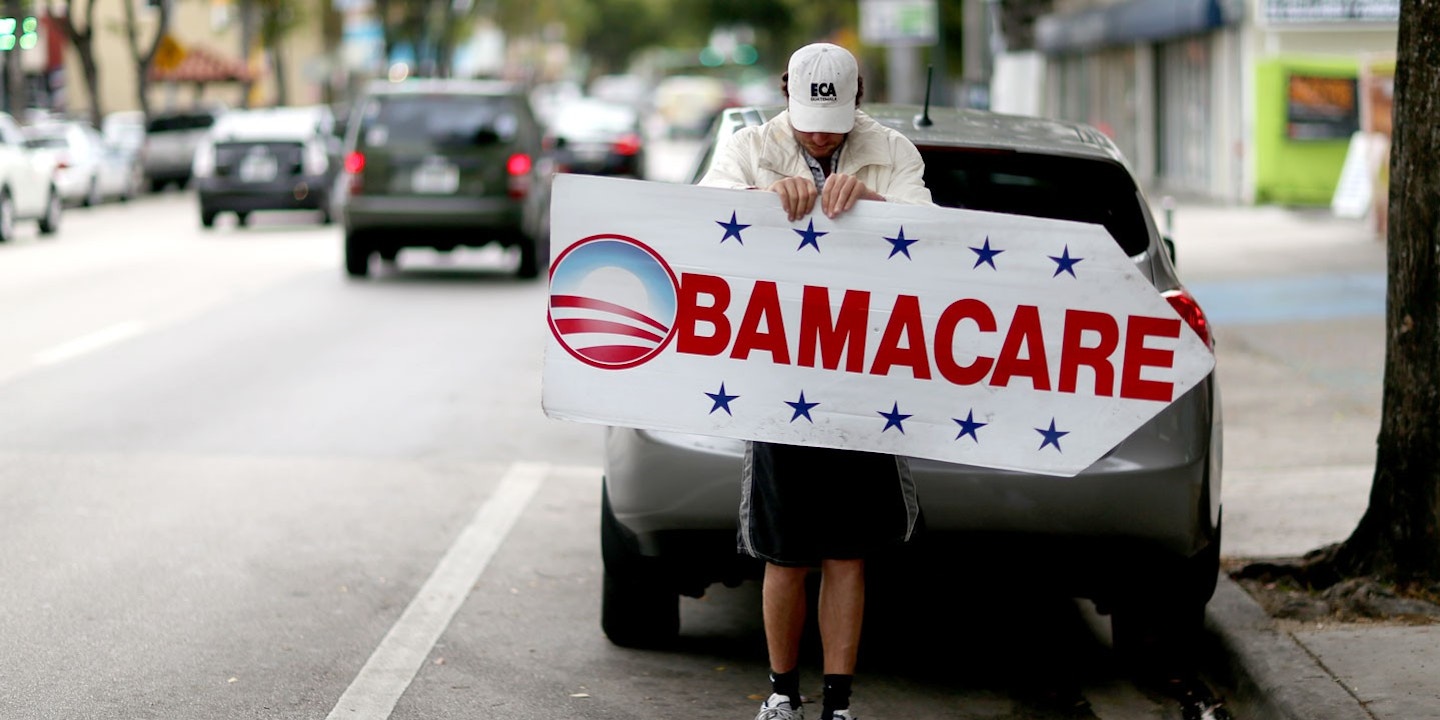 There have been dozens if not hundreds of news articles about Aetna leaving the Affordable Health Care Act’s online marketplaces in 11 states, and whether this signals serious problems for Obamacare down the road.

But none of them have truly explained that what’s happening with Aetna is the consequence of a flaw built into Obamacare from the start: It permits insurance companies to make a profit on the basic health care package Americans are now legally required to purchase.

This makes Obamacare fundamentally different from essentially all systems of universal health care on earth. (There is one tiny exception, the Netherlands, but of the four insurance companies that cover 90 percent of Dutch citizens, just one is for profit.)

Why does this matter? The answer is complicated but extremely important if Obamacare is going to avoid collapsing.

Insurance companies like Aetna complain that fewer young people than anticipated are buying insurance on the exchanges. The Obama administration was aiming at over 38 percent of the exchange pool being between 18 and 35 years old, but right now that number is just 28 percent. That means insurers have to pay more in health costs for customers who are older and sicker than anticipated, making those insurers more likely to abandon the exchanges. So a big swath of the U.S. now has just one insurance company offering Obamacare plans, and one county in Arizona has none.

The failure of young people to sign up in expected numbers is connected to the weakness of the Obamacare mandate. The amount that people who don’t buy health insurance must pay in penalties started off very low, and while it’s increased, it’s still usually significantly less than the cost of even the cheapest plan on exchanges.

By contrast, in other countries with private health insurance, the government response is ferocious if you don’t buy the basic package. Switzerland will seize your wages to pay for the necessary insurance. If you get sick in Japan without buying insurance, you have to come up with all your back premiums before your insurer will pay your medical bills.

It is, of course, technically feasible to set up something similar in the U.S. But it will never be politically feasible. That’s because there would, rightfully, be an intense political backlash if the government started garnishing our paychecks and sending the money to Aetna, whose CEO made $28 million last year.

In The Healing of America, probably the best book ever written about how different countries provide universal health care, T.R. Reid explains that functioning systems have a huge variety of characteristics but several “standard building blocks” — and one is that “financing health care must be a nonprofit endeavor.”

As Reid writes, other countries have made it work with many different kinds of health care providers — doctors can work directly for the government, as in the U.K., or not, as in most other rich countries. Hospitals can be for-profit or not. But no one has been able to create a viable system of universal health care based on citizens being forced to help insurance companies make a profit.

Moreover, the political ramifications of nonprofit health-care financing go far beyond making it feasible to have a strong individual mandate to buy insurance. It is also a key reason why such systems have much lower costs: “When Aetna or WellPoint declines to pay for a drug or a procedure, the money saved goes to enhance the insurer’s profit, not to pay for another person’s treatment,” Reid points out. “So people are less willing to tolerate cost controls.”

So either Obamacare will include a universally available, nonprofit public option — which in turn would likely eventually become the only option — or it will eventually expire. There is no third way.