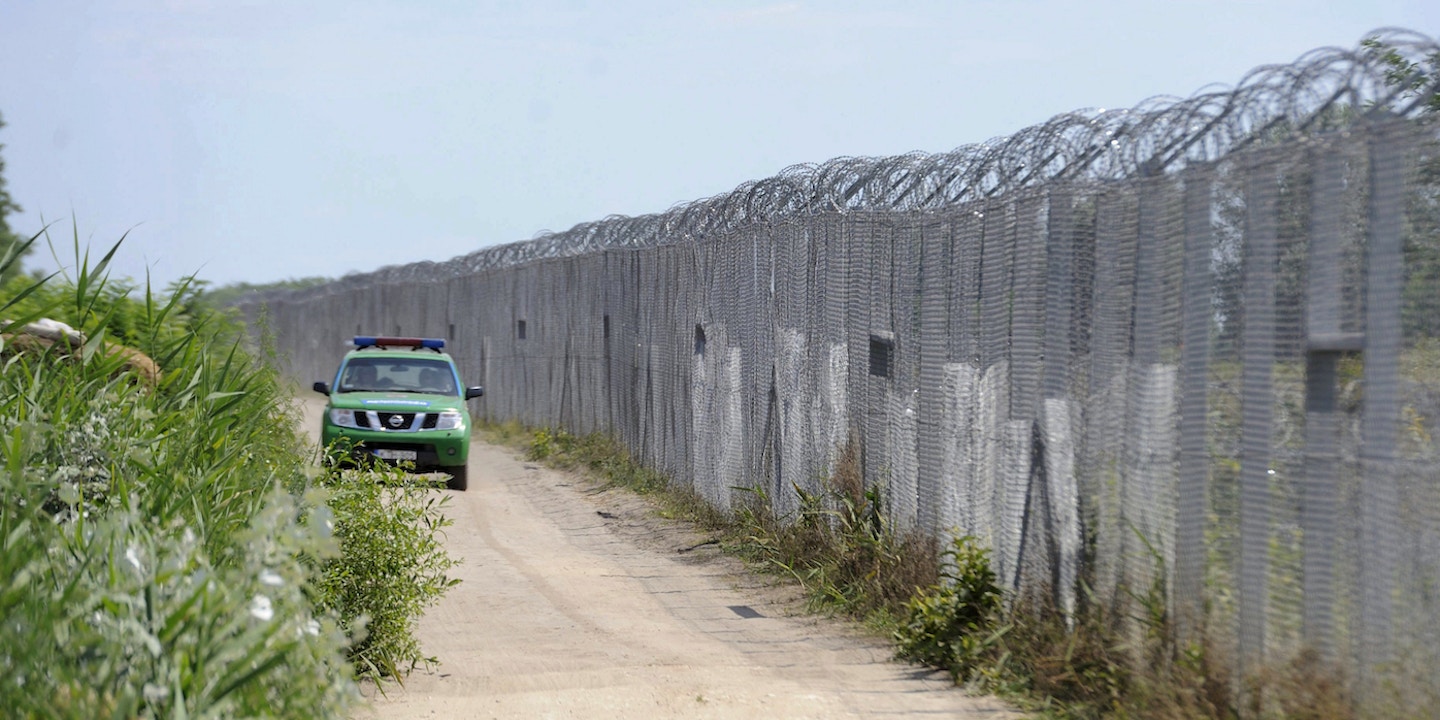 Having successfully hogged the media spotlight for a day with his surprise trip to Mexico City this week, Donald Trump might now be scanning the globe for another foreign capital to visit. If so, don’t be surprised to see Trump Force One landing soon in Budapest, and being greeted warmly by Hungary’s prime minister, Viktor Orban.

Twice in recent weeks, Orban has effectively endorsed Trump, praising the American’s anti-immigrant rhetoric, aimed particularly at Muslims, as in keeping with the Hungarian leader’s own efforts to seal his country’s southern border with a wall and to block the resettlement of Syrian refugees in order “to keep Europe Christian.”

Hungary is even holding a Brexit-inspired referendum on immigration policy next month, which will most likely give Orban’s government a mandate to reject the European Union’s plan to compel the country to accept about 1,200 refugees. And last week, as the Hungarian journalist Szabolcs Panyi noted, the prime minister announced plans to build “a more massive defense system” on Hungary’s border with Serbia to reinforce the tall fence erected last year to block migrants seeking refuge from war and poverty.

Viktor Orbán just announced that a 2nd wall will be built on the #Serbia-n border, to protect #Hungary if "something happens with #Turkey".

Earlier efforts to frighten off migrants with intimidating YouTube videos and scarecrows pinned to the fence have apparently not proved entirely successful.

Some more scarecrows at the #Hungary-an border fence, put out to frighten #migrants. Source: https://t.co/CAGdMtN2hU pic.twitter.com/K2wrUoEdQV

While their worldviews could hardly be more similar, it was not until July that Orban first made his support for Trump clear, during an address to ethnic Hungarians living in the Romanian region of Transylvania.

“Let me say in the context of this whole migration affair,” Orban said on July 23, “the outcome of the American presidential election is not at all indifferent for us.”

Apparently praising Trump’s dystopian acceptance speech at the Republican convention, Orban explained: “The Republican presidential candidate said yesterday that immigration is a bad thing and it must be stopped; no one can enter America who does not respect the American values, who does not subject himself to the laws, and does not accept the customs they have. Those who fail to do these things should not come, and that is that — this is clear talking.”

By contrast, he said, the current administration in Washington, and the Democratic nominee for president, Hillary Clinton, have a view at odds with his own. “President Obama spoke about this openly at the NATO summit: Everyone who is opposed to immigration was classified as a bad guy,” Orban said. “So the Americans take the view that immigration is not something negative, but something that should be encouraged, and those who fail to see any value in it conjure up the worst examples of the spirit of the twentieth century. The American President said harsh things like this.”

Orban continued by invoking the fear often invoked by white nationalists in Europe and the United States, of being overrun, displaced or subjugated by Muslim immigrants.

“I do not criticize the Americans,” Orban said. “I just want to make clear that what is right in their view destroys us, and I therefore cannot endorse it. The truth is that, from an American viewpoint, I understand that they see something positive in immigration, as this is how the United States came about, but they should see that, in this story, we are the Indians.”

During a visit to Brazil for the closing ceremony of the Olympics, Orban reiterated his support for the Republican candidate, telling Folha de São Paulo: “Trump’s foreign policy would be best for us.” Orban did not mention Clinton by name, but he claimed that “The Democrats think there should be no control of the entry of migrants into Europe, which is very dangerous.”

Trump, he added, “is against the policy of democracy promotion in other countries, and I agree with him.”

Since Orban came to power in 2010, he has bristled against criticism that his government has undermined liberal democracy with attacks on freedom of the press and the independence of the judiciary.

During her tenure as secretary of state, Clinton visited Budapest and expressed concern over the Orban government’s anti-democratic tendencies and disregard for the rights of the Roma minority while standing next to the prime minister.

In 2014, after Orban was reelected, he said his goal was to build “an illiberal state” with a nationalist outlook, praising Russia, Turkey, and China as examples of “successful” nations, “none of which is liberal and some of which aren’t even democracies.”

In May, when Bill Clinton criticized a “Putin-like” Orban for apparently deciding that “democracy is too much trouble,” and turning his country instead into an “authoritarian dictatorship,” the Hungarian prime minister claimed that the former president was merely a puppet of the Hungarian-born philanthropist George Soros.

“Behind the leaders of the Democratic Party we must see George Soros,” Orban said, invoking the man whose efforts to build civil society in his native land have made him Enemy Number One to the ruling party. “The mouth is Clinton’s but the voice is of George Soros.”