Hillary Clinton’s campaign has been seeking the endorsement of former Secretary of State Henry Kissinger, and their efforts may pay off. 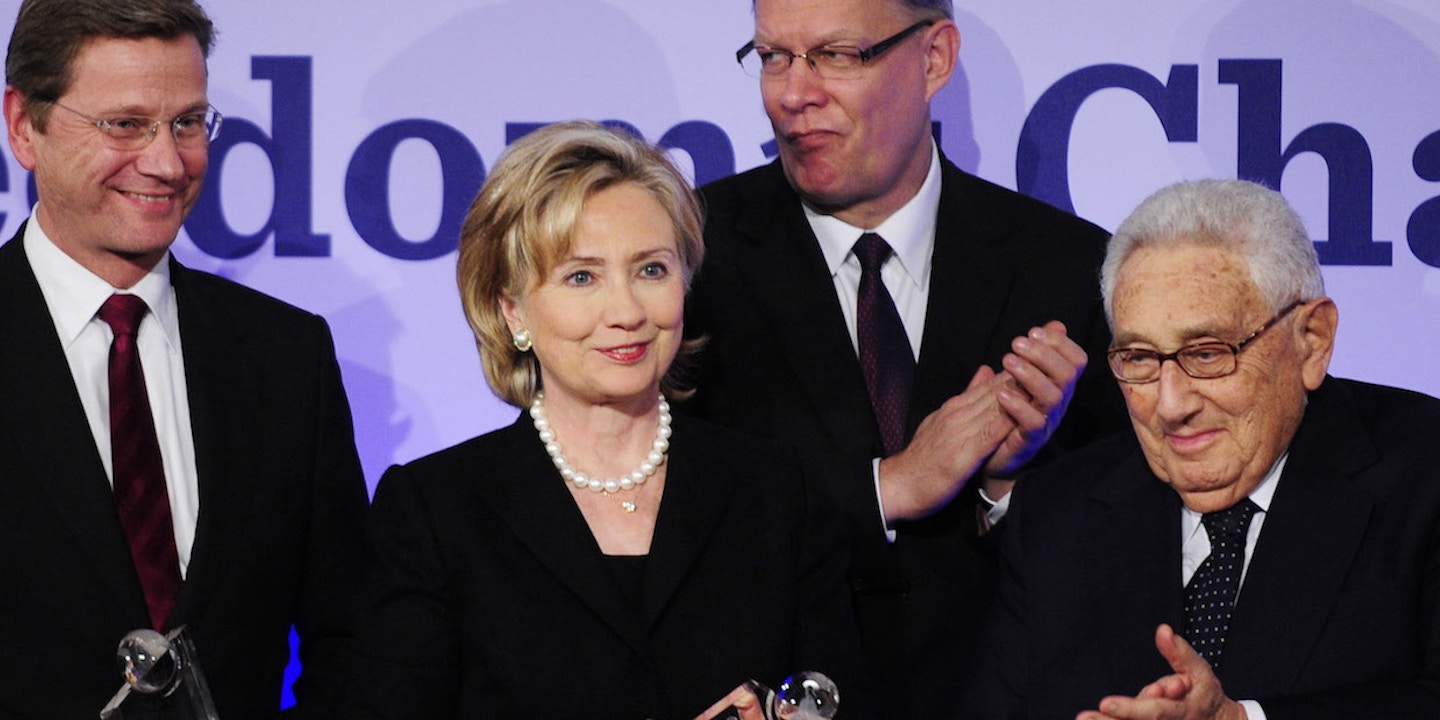 While those inside the national security community in Washington, D.C., may applaud the endorsement, Kissinger’s legacy of war crimes — from complicity in the 1973 coup in Chile to spearheading the saturation bombing of Indochina — has made him far less popular among human rights observers.

Clinton is well aware of that legacy. As secretary of state, she traveled to areas of the world that were devastated by policies Kissinger crafted and implemented.

The most relevant example is in 2012, when she visited Laos’s Cooperative Orthotic & Prosthetic Enterprise, a joint project between NGOs and the government of Laos dedicated to helping people with physical disabilities get prosthetic limbs and be rehabilitated. The project’s creation was prompted by the millions of submunitions littered across Laos, left over from the U.S. air war on the country during the conflict in Indochina.

A 2009 government report estimated that there are still 300 casualties annually from leftover ordinance.

During Clinton’s visit she met with Peter Kim, a young man who at age 16 happened upon an unexploded American bomb and lost both of his hands and his eyesight. “For everyone who works to help prevent injury and then to help survivors, and to the people of Laos, and I wish everything good for you,” Clinton told Kim as reporters watched on.

Kissinger served as President Richard Nixon’s secretary of state when that president expanded the U.S. air war in Laos. During the 1971 ground invasion of the country, Nixon complained about the media’s critique of the operation, leading Kissinger to quip that if “Britain had a press like this in World War II, they would have quit in ’42.”

The bombings made Laos, “per capita, the most heavily bombed country on earth,” with around a ton of bombs being dropped for every person in the country.