Happy Labor Day! There Has Never Been a Middle Class Without Strong Unions 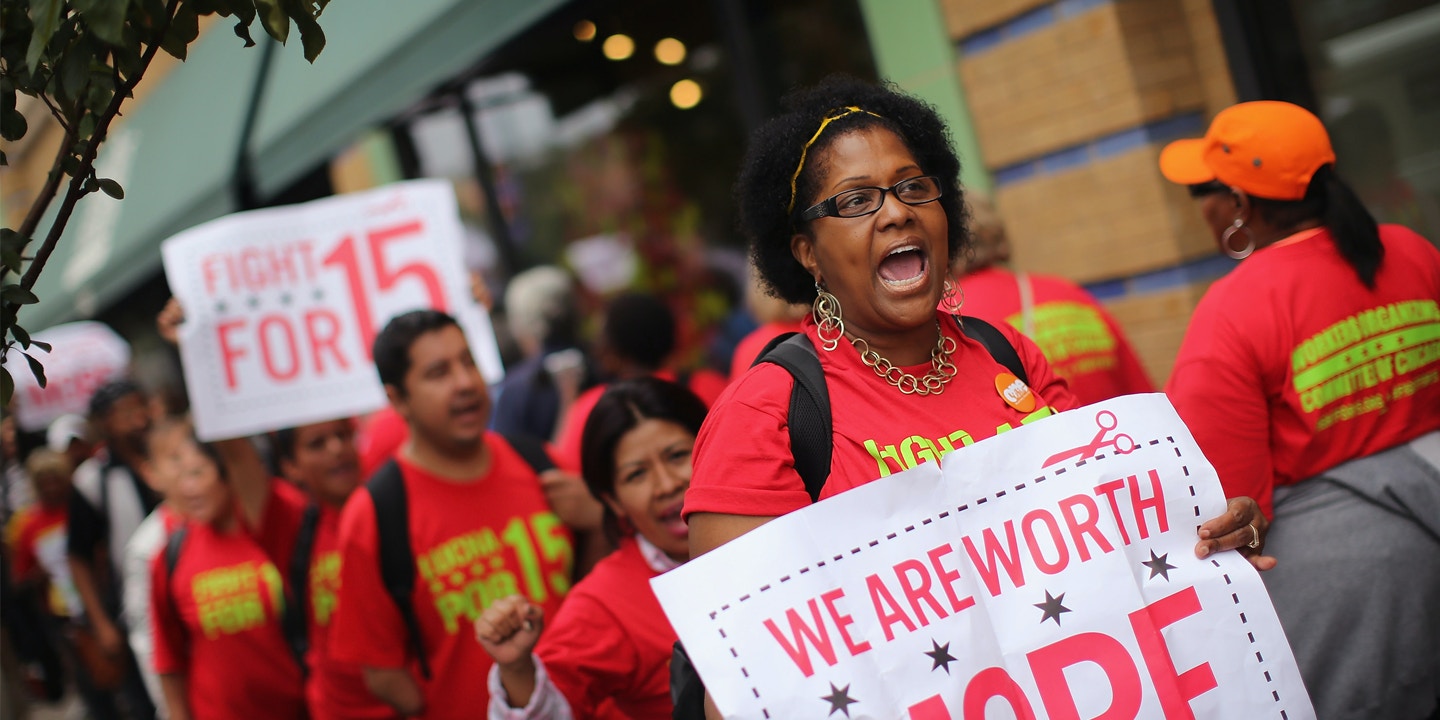 The entire Republican Party and the ruling heights of the Democratic Party loathe unions. Yet they also claim they want to build a strong U.S. middle class.

Sure, maybe hammers — like every tool humans have ever invented — aren’t 100 percent perfect. Maybe when you use a hammer you sometimes hit your thumb. But if you hate hammers and spend most of your time trying to destroy them, you’re never, ever going to build a house.

The bad news, of course, is that the U.S. is going in exactly the opposite direction. Union membership has collapsed in the past 40 years, falling from 24 percent to 11 percent. And even those numbers conceal the uglier reality that union membership is now 35 percent in the public sector but just 6.7 percent in the private sector. That private sector percentage is now lower than it’s been in over 100 years.

Not coincidentally, wealth inequality – which fell tremendously during the decades after World War II when the U.S. was most heavily unionized – has soared back to the levels seen 100 years ago.

The reason for this is straightforward. During the decades after World War II, wages went up hand in hand with productivity. Since the mid-1970s, as union membership has declined, that’s largely stopped happening. Instead, most of the increased wealth from productivity gains has been seized by the people at the top.

Even conservative calculations show that if wages had gone up in step with productivity, families with the median household income of around $52,000 per year would now be making about 25 percent more, or $65,000. Alternately, if we could take the increased productivity in time off, regular families could keep making $52,000 per year but only work four-fifths as much – e.g., people working 40 hours a week could work just 32 hours for the same pay.

So more and better unions would almost certainly translate directly into higher pay and better benefits for everyone, including people not in unions.

However, the effects of unions in building a middle class go far beyond that, in a myriad of ways.

For instance, the degree to which a country has created high-quality, universal health care is generally correlated with the strength of organized labor in that country. Canada’s single payer system was born in one province, Saskatchewan, and survived to spread to the rest of the country thanks to Saskatchewan’s unions. Now Canadians live longer than Americans even as their health care system is far cheaper than ours.

U.S. unions were also key allies for other social movements, such as the civil rights movement in the 1950s and 1960s. Today, people generally say Martin Luther King, Jr. delivered the “I Have a Dream” speech at the March on Washington – but in fact it was the March on Washington for Jobs and Freedom, and it was largely organized by A. Philip Randolph of the Brotherhood of Sleeping Car Porters. Among the other speakers was Walter Reuther, president of the United Auto Workers.

And unions have many other positive effects, including ones so subtle they never show up in history books. Here’s one I personally know of:

Dean Baker, co-director of a Washington, D.C. think tank called the Center for Economic and Policy Research, or CEPR, is arguably the only economist in the U.S. who both recognized the danger of the gigantic U.S. housing bubble in the mid-2000s and warned about it loudly.

But Baker didn’t appear out of nowhere. His first job in Washington was at the Economic Policy Institute, which was founded in 1986 with a five-year funding pledge from eight unions. His foothold there made it possible for him to eventually co-found CEPR and make his case on the housing bubble. (I know this about Baker because I briefly worked for CEPR long ago.)

So the wise use of union resources played a key role in the eventual creation of some extremely important knowledge. Baker alone wasn’t able to get the political system to respond before Wall Street shot the U.S. economy in the stomach – but it’s certainly possible to imagine a different history, in which stronger unions created perches for additional economists who cared about reality, and they worked with stronger unions to organize to stave off our ongoing catastrophe. In other words, if the U.S. had a stronger labor movement, the whole country could be perhaps $10 trillion richer.

So enjoy the day off. But if you’d like to see an American middle class again at some point before you die, spend some time thinking about how to get more hammers into everybody’s hands.