The House intelligence panel will meet this Thursday to discuss Edward Snowden, just a few days before the release of Oliver Stone’s Hollywood movie about the NSA whistleblower. 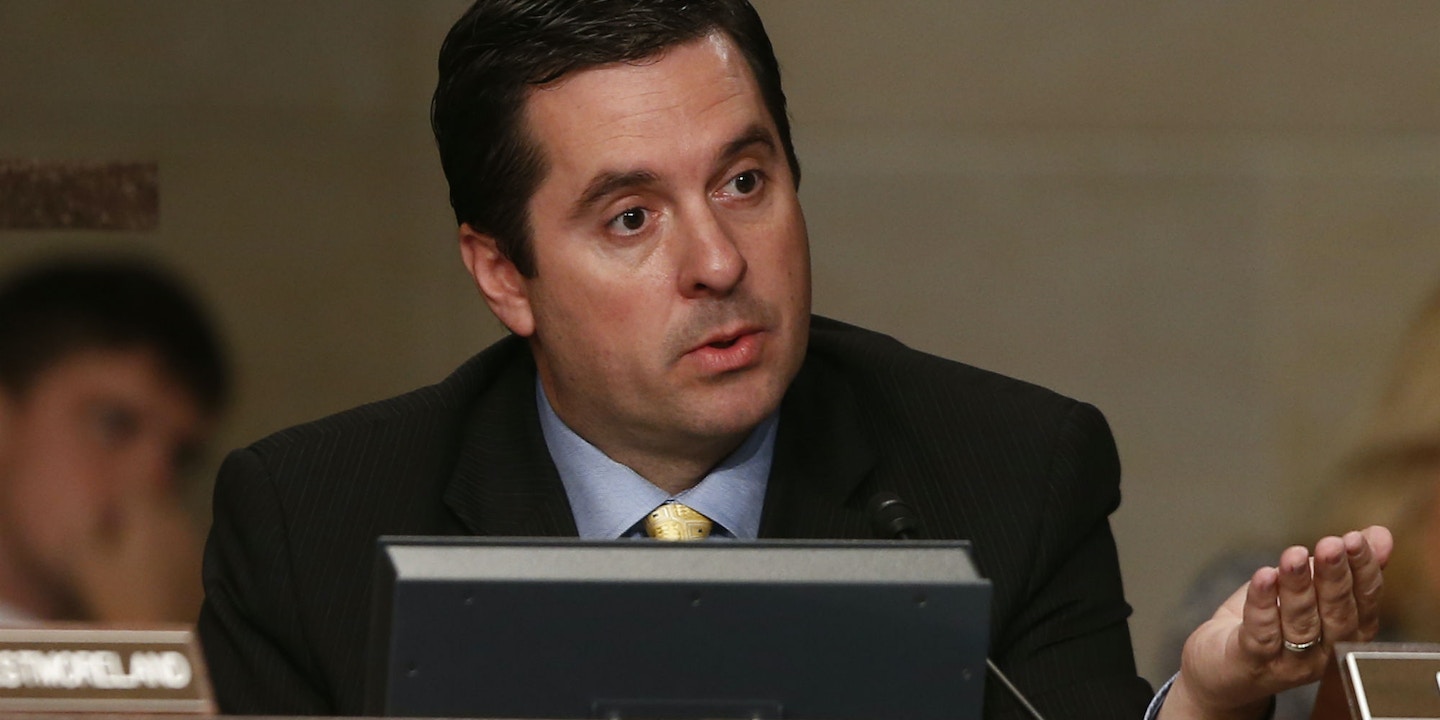 The intelligence oversight panel will be discussing a report prepared by members and staff concerning Snowden’s unauthorized disclosures, according to Jack Langer, director of communications for Committee Chair Rep. Devin Nunes, R-Calif.,

The report is the product of “around two years” of work, he told The Intercept. While Langer noted that the report is classified, he said the committee might publish an unclassified executive summary — though there aren’t any specific plans yet for its release, or to hold public hearings about its contents.

When asked whether the timing of report had anything to do with talk of Snowden’s return to the United States — to be pardoned or to face trial — Langer said the two events were unrelated.

The American Civil Liberties Union, Amnesty International, Human Rights Watch, and prominent activists are launching a campaign Wednesday to urge President Barack Obama to pardon Snowden. The announcement is expected to take place at an event in New York, where Snowden will speak via live stream from Moscow.

However, the congressional meeting also closely coincides with another Snowden related event — the public debut of Oliver Stone’s Snowden film. Langer did not respond to a request for comment on whether the committee would be discussing the movie, which is scheduled for release September 16.

In 2014, Rep. Mike Rogers, R-Mich., then chairman of the House Intelligence Committee, alleged that Russian intelligence might have helped Snowden to both escape U.S. prosecution and disclose the trove of documents. He offered no evidence to back up these claims, however.

Snowden has from the start maintained he had no intention to stay in Russia, and did not bring any of the leaked materials with him there. It’s unclear if the committee will include possible connections to Russia in its investigation.