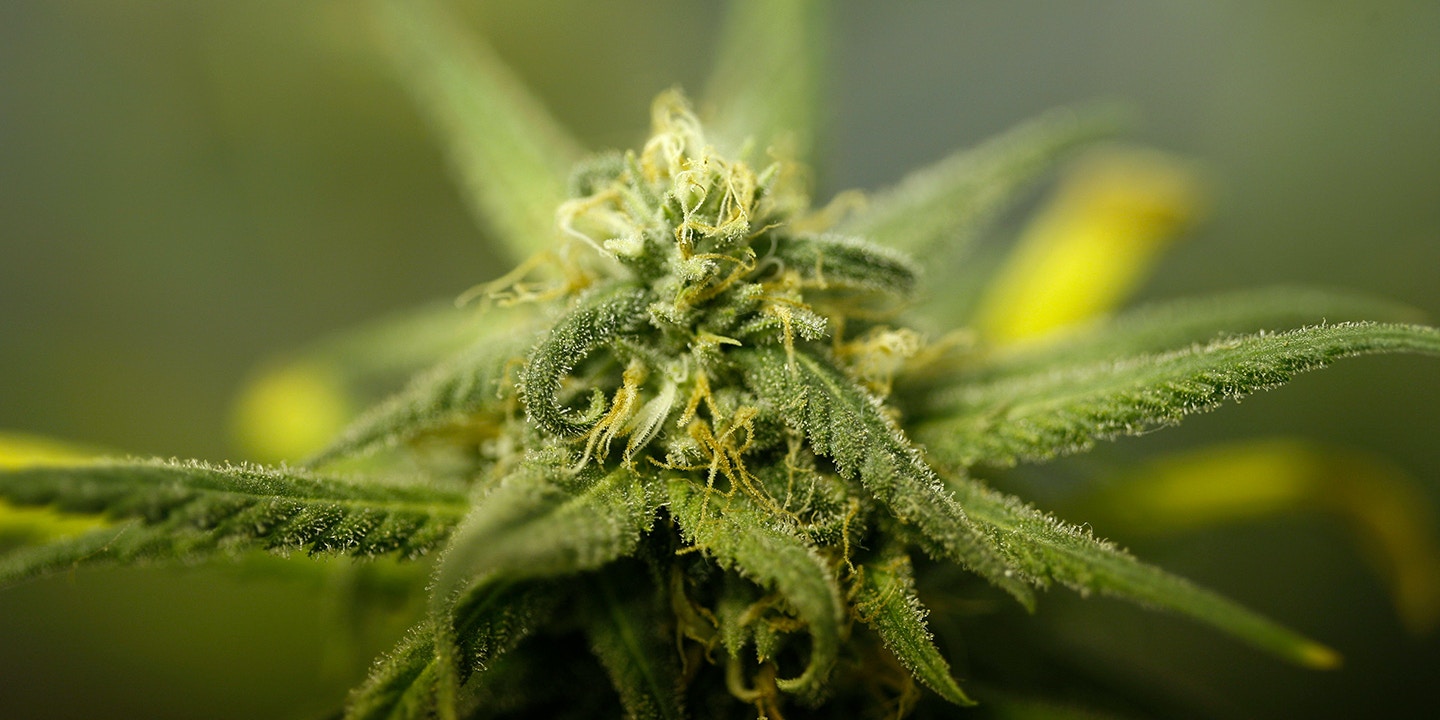 Pharmaceutical executives who recently made a major donation to an anti-marijuana legalization campaign claimed they were doing so out of concern for the safety of children — but their investor filings reveal that pot poses a direct threat to their plans to cash in on a synthetic cannabis product they have developed.

On August 31, Insys Therapeutics Inc. donated $500,000 to Arizonans for Responsible Drug Policy, becoming the single largest donor to the group leading the charge to defeat a ballot measure in Arizona to legalize marijuana.

The drug company, which currently markets a fast-acting version of the deadly painkiller fentanyl, assured local news reporters that they had the public interest in mind when making the hefty donation. A spokesperson told the Arizona Republic that Insys opposes the legalization measure, Prop. 205, “because it fails to protect the safety of Arizona’s citizens, and particularly its children.”

Investor filings examined by The Intercept confirm the obvious.

Insys is currently developing a product called the Dronabinol Oral Solution, a drug that uses a synthetic version of tetrahydrocannabinol (THC) to alleviate chemotherapy-caused nausea and vomiting. In an early filing related to the dronabinol drug, assessing market concerns and competition, Insys filed a disclosure statement with the Securities and Exchange Commission stating plainly that legal marijuana is a direct threat to their product line:

Legalization of marijuana or non-synthetic cannabinoids in the United States could significantly limit the commercial success of any dronabinol product candidate. … If marijuana or non-synthetic cannabinoids were legalized in the United States, the market for dronabinol product sales would likely be significantly reduced and our ability to generate revenue and our business prospects would be materially adversely affected.

The company concedes that scientific literature has argued the benefits of marijuana over synthetic dronabinol, and that support for marijuana legalization is growing. In the company’s latest 10-K filing with the SEC, in a section outlining competitive threats, Insys warns that several states “have already enacted laws legalizing medicinal and recreational marijuana.”

Subsys, the fentanyl spray Insys makes, is used as a fast-acting pain reliever. Fentanyl is an opioid that has made headlines in recent years as the number of Americans overdosing on the drug has skyrocketed. Fenatyl is 50 times stronger than heroin and has been linked to the death of Prince earlier this year. Last month, two Insys executives pled guilty to a pay-for-play scheme to use speakers fees as a way to get doctors to prescribe Subsys.

Marijuana advocates claim that legalized pot has a variety of medical uses, including pain relief.

It’s not the first time pharmaceutical companies have helped bankroll the opposition to marijuana reform. The Community Anti-Drug Coalition of America, a nonprofit that organizes anti-marijuana activism across the country, has long received corporate sponsorship from Purdue Pharma, the makers of Oxycontin, and Janssen Pharmaceuticals, another opioid manufacturer.

J.P. Holyoak, chairman of the Campaign to Regulate Marijuana Like Alcohol, a group supporting the legalization ballot measure, released a statement condemning the Insys donation. “Our opponents have made a conscious decision to associate with this company,” Holyoak said. “They are now funding their campaign with profits from the sale of opioids — and maybe even the improper sale of opioids.”