Rep. Lee Zeldin, R-N.Y., tried to draw some sort of connection between San Francisco 49ers quarterback Colin Kaepernick and the suspect behind this weekend’s bombings. 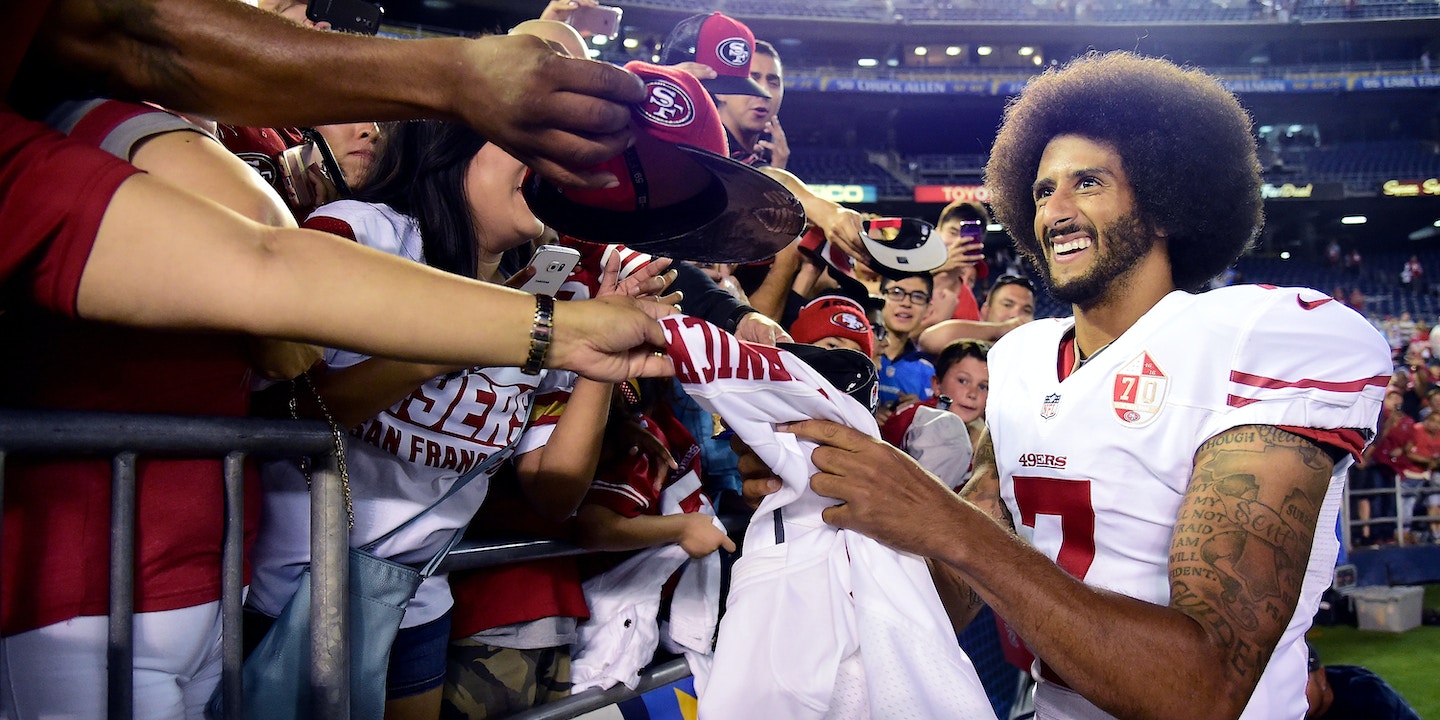 In a tweet that elicited a lot of public head-scratching, Rep. Lee Zeldin, R-N.Y., on Monday tried to draw some sort of connection between San Francisco 49ers quarterback Colin Kaepernick and the suspect behind this weekend’s bombings in New York City and New Jersey.

Suspect in custody. You are welcome Colin Kaepernick.

Asked to explain, Zeldin wrote in an email to The Intercept: “This is that moment in time that reminds us exactly of why we are so blessed to have men and women in our military, law enforcement, and other first responders [sic] who would risk their lives and lay it all on the line to protect our freedoms and liberties.”

He continued: “I’m insulted and disgusted when someone refuses to say the pledge or stand for the national anthem. That is their right of free speech and this is mine. I’m so grateful that we have our nation’s protectors to do what they do and do it so well.”

Kaepernick has become a hugely controversial figure by refusing to stand for the National Anthem: “I am not going to stand up to show pride in a flag for a country that oppresses black people and people of color,” he said.

It’s not the first time that Zeldin has voiced his disdain for Kaepernick. He also did so in August:

Zeldin declined The Intercept’s request to further explain how Kaepernick has anything to do with the bombs.

Twitter had its own fun with the odd pairing.

If your first thought after a suspect is arrested is "How am I gonna stick it to Kaepernick?"
-You're doing life wrong.

This is actually really funny I’m gonna say you’re welcome Colin Kaepernick after everything I do https://t.co/p1sPE0CeLy

'You are welcome Colin Kaepernick' is the new 'Thanks Obama' https://t.co/8NQb36fsAx

Anyone trying to insult Black Lives Matter or Colin Kaepernick over the arrest of Ahmad Khan Rahami is nothing short of an imbecile.

I just had a cold brew that I didn’t totally hate. You are welcome Colin Kaepernick. https://t.co/XP0yYexzh5 pic.twitter.com/Xui9fvljuK

If Colin Kaepernick didn't kneel, the Titanic would still be with us https://t.co/9UdSwnLgsn

I turned 5-0 today. You are welcome, Colin Kaepernick. https://t.co/qAPPdroQFJ

I ate a salad for lunch today. You are welcome Colin Kaepernick. https://t.co/7uVdnaF9KA

I brushed and flossed my teeth this morning. You are welcome Colin Kaepernick. https://t.co/KkjoP74mhG