The impeached president highlights the stunning comments from Michel Temer that Brazil’s big media has ignored. 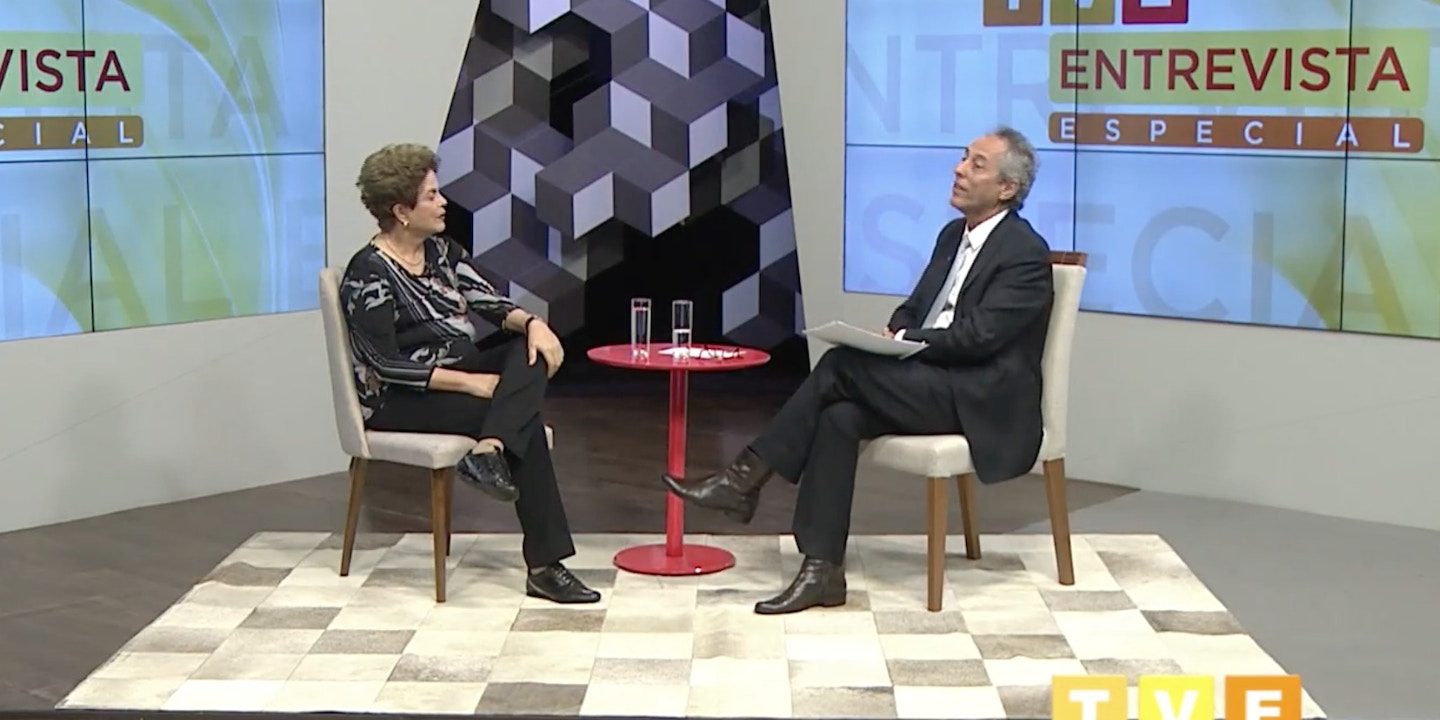 In the first exclusive interview following her impeachment, former Brazilian President Dilma Rousseff said that her unelected successor, installed President Michel Temer, has “confessed to the coup” against her. Rousseff was referring to controversial public remarks delivered by Temer last week in which he explicitly stated that the impeachment process was initiated due to Rousseff’s refusal to accept his party’s neoliberal economic plan, rather than the alleged budgetary manipulations that served as the stated justification for impeachment. Temer’s remarks were first reported by The Intercept Brasil last Thursday.

Also, there were those with their own plans who wanted something else: “We will implement a political program that was not approved by the ballot box, a different political plan.” And this is being confessed, there’s something curious about this coup, they confess the coup. Two days later. They’re confessing. Last confession came from the illegitimate and usurper president, currently in office, who said the following: “We came up with the impeachment to implement the program ‘Bridge to the Future.’” Well, the program “Bridge to the Future,” that takes away labor rights, takes away social rights, privatizes, and sells lands to foreigners, this program was not approved by the ballot box. So, this is another reason behind the coup.

The interview, broadcast on Tuesday evening, was conducted by the veteran journalist Bob Fernandes for the public television station TVE Bahia.

The frankness of Temer’s statement, delivered to an audience of U.S. financiers and foreign policy elites at the Americas Society/Council of the Americas (AS/COA) in New York City, stunned many people, although virtually none of the large Brazilian media — which united in support of impeachment — has yet reported the remarks. The economic proposal, which outlines a series of neoliberal reforms such as privatization of state assets and cuts to social programs, was introduced in 2015, when Temer’s party, the PMDB, worked in a coalition with Rousseff’s Workers’ Party (PT).

During the same event in New York, these measures were described in greater detail by the new finance minister, Henrique Meirelles. The audience was comprised of AS/COA members and guests from collaborating organizations: the American Chamber of Commerce for Brazil and Brazil Investments and Business, known as BRAiN.

At the end of the presentation, the audience had the opportunity to ask only two questions to the finance minister, both illustrating well the concerns presented by Rousseff in her interview with TVE. An automobile industry representative asked when foreigners “will be allowed to acquire land in Brazil,” and a unnamed attendee asked about “plans that the government has to manage the potential social unrest of these measures that will affect the pockets of every Brazilian.”

The unexpected declaration by Temer was reported by several independent media outlets but was completely ignored by all the traditional media, with the exception of Exame and Carta Capital magazines and the left-leaning Jornal do Brasil newspaper. One person who seems excited about the neoliberal agenda of Brazil’s newly installed government is U.S. Treasury Secretary Jack Lew, who, in Brasília yesterday, expressed great optimism about the economic path on which the country is now being placed.