The Drug Enforcement Administration has doled out millions to confidential sources operating with abysmal oversight and scant evidence of return on investment, a recently published audit reveals. 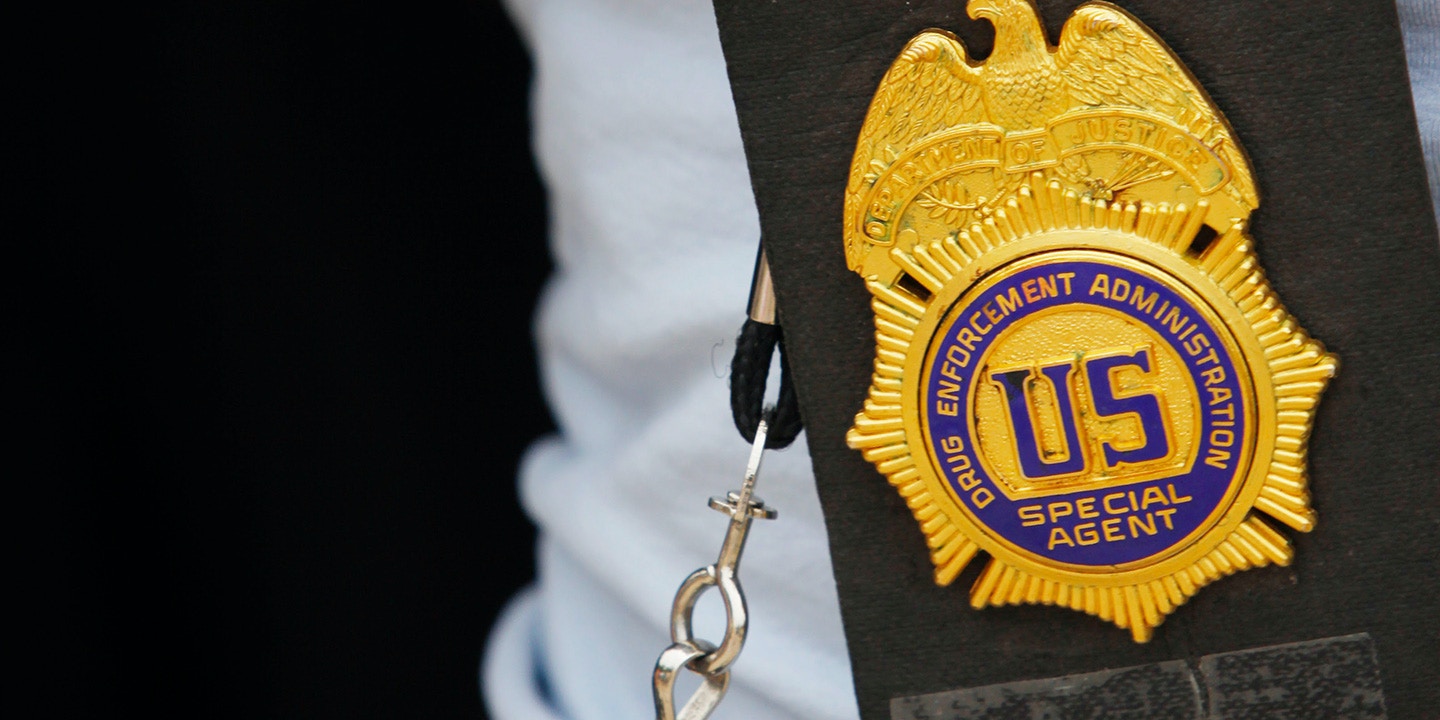 It’s no secret that the Drug Enforcement Administration relies heavily on an army of confidential sources — men and women compelled, coerced, or enticed to share information with law enforcement, sometimes to alleviate their own legal troubles, sometimes for cash.

Precisely how those relationships play out, however, is often shrouded in secrecy.

A recently published audit by the Department of Justice has now offered a startling glimpse behind the scenes of those operations, revealing a world in which hundreds of millions of dollars have been doled out to thousands of informants over the last five years. Those informants include package delivery personnel, bus company employees, and Transportation Security Administration agents moonlighting as drug war spies — all operating with abysmal oversight and scant evidence of return on investment.

Published Thursday by the DOJ’s Inspector General, the audit reports that from 2010 to 2015, the DEA boasted more than “18,000 active confidential sources assigned to its domestic offices, with over 9,000 of those sources receiving approximately $237 million in payments for information or services they provided.” By comparison, the FBI is said to maintain a roster of some 15,000 informants.

Exactly how useful the DEA’s sources are is unclear — even, apparently, to the DEA itself.

“Because DEA’s files do not detail the universe of information provided by its sources, it is unable to examine their reliability and whether they frequently or rarely provide useful information, or whether the information DEA agents acted upon resulted in identifying individuals involved in illegal activity or instead caused DEA to regularly approach innocent civilians for questioning,” the audit noted.

“We are deeply concerned about this inability to assess source reliability, which seriously impairs DEA’s ability to oversee and manage the activity of these sources and the Confidential Source Program overall.”

Built on 50 interviews with DEA and DOJ officials, the report examined data from nine field site locations, as well as the agency’s Office of Special Intelligence and its Special Operations Division.

So-called limited-use informants, the audit found, are among the highest earners in the DEA’s ecosystem of sources, with 477 such informants earning an estimated $26.8 million during the period the DOJ examined — an average of about $56,000 per source.

Ostensibly, limited-use sources are “tipsters” who require the lowest level of supervision and operate independent of law enforcement direction. In reality, the DOJ reports, these sources have frequently worked hand in hand with the DEA, often for many years, sometimes for decades, unbeknownst to their employers. Many are cultivated by DEA interdiction units, which typically target “employees in the travel and parcel industries with access to passenger information or private facilities,” who are then “paid to conduct searches on proprietary databases, or access packages shipped through private companies, to provide traveler and package information to the DEA to assist in interdiction activities.”

The audit identified at least 33 DEA sources working at Amtrak, including train attendants and ticket agents, who collectively were paid more than $1.4 million over four years. On a daily basis, these sources would provide the DEA with printouts of passenger manifests and other information, allowing special agents to conduct background checks or brief interviews based on that information. In reviewing the DEA’s relationship to its well-paid Amtrak sources, the DOJ determined the information the sources dug up could have been provided by Amtrak authorities to the DEA at no cost to the federal government — DEA officials claimed that going through the proper channels to obtain the information was too time consuming. In one case, the DOJ identified an Amtrak employee who had worked as a DEA informant for 20 years, earning $962,615 for providing information.

In a statement to The Intercept, Amtrak said it “participates in a joint task force with the DEA to share intelligence about suspected criminal behavior … at no cost to the federal government.”

“The DEA violated federal regulations by selectively approaching and paying Amtrak employees for information that the DEA would have received for free,” the company said of the DOJ audit. “Amtrak does not tolerate fraud, waste, abuse or any behavior inconsistent with our company values and standards of conduct. Our employees are expressly prohibited from sharing information for personal gain.”

The DOJ also found at least eight TSA employees who had secretly worked as DEA informants, marking the extension of a practice the Inspector General had first flagged as a problem earlier this year. Security screeners were used to “identify and provide the DEA with information pertaining to suspicious passengers carrying large sums of money that were identified during the course of the sources’ TSA duties,” the audit noted. “The OIG’s investigation found that registering a TSA security screener as a confidential source violated DEA policy, which precludes registering as a confidential source ‘employees of U.S. law enforcement agencies who are working solely in their official capacity with DEA.’”

DEA informants were also found working in the commercial airline industry — “because they had access to corporate airline databases containing detailed passenger information” — and for private intercity bus companies. In particular, the DOJ focused on DEA informants in the parcel and packing industry, noting that these sources were attractive to the agency “because they had access to company databases, access to parcels en route, or authority to administratively open parcels without a search warrant, which increases the potential for identifying suspicious parcels.”

In one case, the DOJ found a parcel company employee who had worked for the DEA for 12 years, earning more than $1 million. Over the course of the source’s secret employment for the agency, the individual intercepted more than 180 parcels, which were regularly forwarded on to the DEA. No drugs were ever found.

The DOJ cited numerous problems with DEA’s limited-use sources, including the agency’s payment to other government or quasi-government employees to act as its eyes and ears outside the official structures of intergovernmental cooperation. In addition to raising the prospect of widespread Fourth Amendment violations, the audit noted that in the case of the TSA, employees are already required by law to share information of suspected criminal activity with law enforcement, “therefore the DEA agreed to pay for information that the screener was already obligated to provide.”

The TSA did not respond to a request for comment.

The audit also describes tens of millions of dollars paid to hundreds of sources whose status was “deactivated” by the DEA, meaning their relationship to law enforcement was meant to be cut off because they had an arrest warrant or had committed a serious offense. In one case, a source who was deactivated for providing false testimony in trials and depositions was reactivated by senior DEA officials, earning more than $400,000 over five years before being terminated again for providing false statements to a prosecutor.

While the DEA’s secretive Intelligence Division was unable to provide a list of its payments to sources, the IG’s office estimated that “during the five-year period of our review, the Intelligence Division paid more than $30 million to sources who provided narcotics-related intelligence and contributed to law enforcement operations, $25 million of which went to just nine sources.”

“The report is certainly pretty damning,” said Sean Dunagan, a former DEA intelligence analyst, in an email to The Intercept. Dunagan, who is now a member of Law Enforcement Against Prohibition, an organization seeking to end the war on drugs, highlighted the audit’s focus on the DEA’s use of so-called sub-sources — essentially informants working under other known DEA informants — as a major area of concern.

According to the audit, “The DEA has no controls, policies, or procedures for interactions with these ‘sub-sources.’” Though his work was focused abroad, in Mexico, Dunagan said, “The use of sub-sources is very sketchy” and offers the DEA “a workaround that leaves no room for oversight.”

Reacting to the DOJ’s findings, Michael German, a fellow at New York University Law School’s Brennan Center for Justice, told The Intercept, “If the policies around domestic sources are this loose, I’d be very concerned about what’s happening overseas.” (While the IG audit was limited to the DEA’s domestic operations, the agency indeed maintains a significant presence abroad, often working closely with other members of the intelligence community on secretive programs and initiatives — in 2014, The Intercept revealed the DEA’s involvement in a sweeping top-secret NSA program aimed at collecting the content of every cellphone call made in the Bahamas.)

German, who spent 16 years in federal law enforcement, including as an undercover special agent with the FBI, said he found it “surprising to see a report like this in 2016″ given the instances of federal agencies coming under criticism for their use of informants in recent years. “So many other agencies have been through such public criticism over those activities you’d think [the DEA] would have curbed that long before this IG report came out.”

The DEA did not respond to a request for comment.

Update: September 30, 2016
This story has been updated to include comment from Amtrak.