The contrast with the rhetoric Clinton has used on the campaign trail is striking. 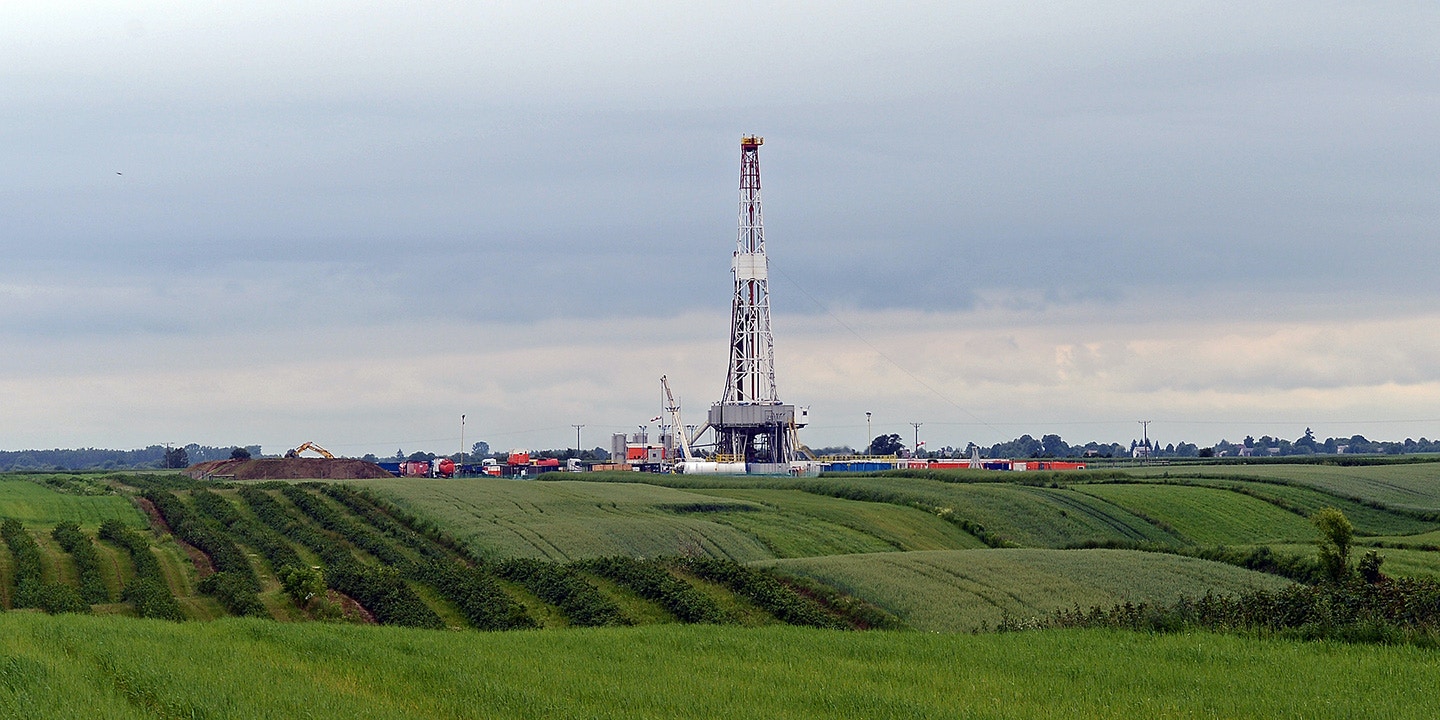 Behind closed doors on the paid speaking circuit, Hillary Clinton was far more candid than she has been in public about her prominent role as Secretary of State in exporting American-style hydraulic fracturing — the controversial, environmentally damaging technique best known as fracking — to countries all over the world.

“I’ve promoted fracking in other places around the world,” she declared during a 2013 paid talk to Deutsche Bank, adding that she launched a new wing of the State Department devoted to the initiative.

During a paid speech in Canada the following year, Clinton touted her role in “accelerating” natural gas development in Europe, calling attention to Poland’s embrace of fracking as a positive step.

The contrast with the rhetoric Clinton has used on the campaign trail is striking. Clinton has rarely spoken in public of her role selling fracking abroad, and at times positioned herself as a skeptic of the controversial drilling technique. In the lead-up to the New York Democratic primary, Clinton’s campaign released a television advertisement that gave the impression that she has worked to discourage fracking.

The remarks were quoted in an attachment to one of the hacked emails belonging to campaign chairman John Podesta that were posted by WikiLeaks on Friday. Two days after we asked Clinton in Manchester, N.H., in January to release her Goldman Sachs transcripts, Clinton campaign deputy research director Carter Hutchinson reviewed all her paid speech transcripts in an 80-page report highlighting potential political fallout. It was sent to Podesta and other top campaign aides by Tony Carrk, Clinton’s research director. Carrk did not respond to a request for comment.

Clinton’s decision to use fracking as a diplomatic tool has been chronicled by Mother Jones and The Intercept.

Earlier this year, we obtained emails from Clinton aides discussing plans to make Poland a “laboratory for testing whether U.S. success in developing shale gas can be repeated in a different country.” The emails also revealed efforts to partner with energy companies such as Chevron and Marathon Oil.

Starting early in her tenure as Secretary of State, Clinton traveled the globe encouraging foreign countries to adopt fracking technology. Clinton has both publicly and privately explained that she views fracking, under the right circumstances, as the most environmentally sound method of transitioning away from other fossil fuels such as oil and coal. She has also said that fracking can make the U.S. and other nations energy independent, a foreign policy goal that may weaken gas exporting countries such as Russia.

But in private, Clinton also asserted that there is a conspiracy of Russian-funded groups attempting to suppress fracking development. During a speech to a group in Canada called tinePublic, Clinton claimed that there are “phony environmental groups” that are “funded by the Russians to stand against” fracking.

It wasn’t clear which groups Clinton was referring to during those remarks. The Clinton campaign has not responded to a request for comment.

Photo: A drilling rig for shale gas owned by Chevron in Ksiezomierz, Poland.