Wells Fargo’s new CEO, Tim Sloan, told a leading industry trade publication in June 2016 that the bank’s aggressive sales culture was appropriate and “is not going to change.” 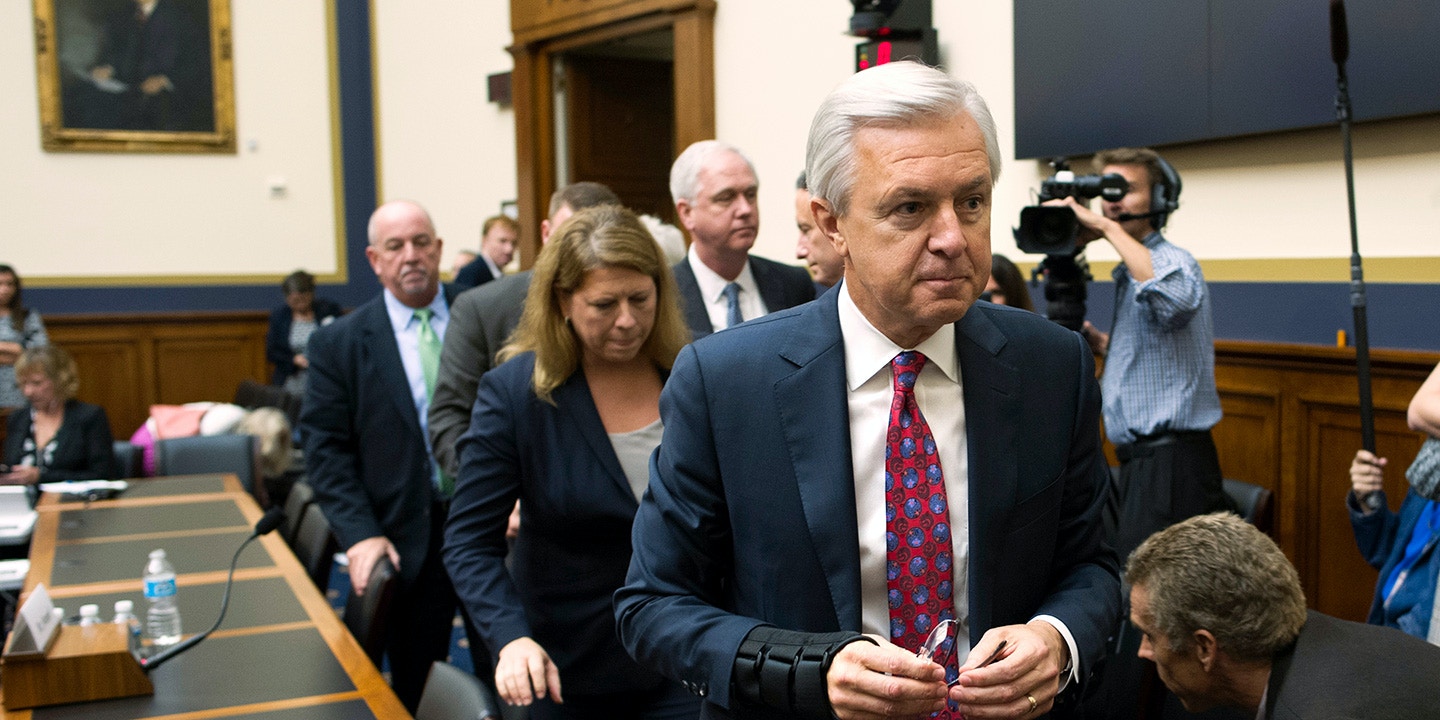 Wells Fargo’s new CEO, Tim Sloan, told a leading industry trade publication in June 2016 that the bank’s aggressive sales culture and “cross-selling” targets was perfectly appropriate and “is not going to change.” This was years after top executives at the bank knew that thousands of their employees were responding to those sales targets by generating fake accounts.

Sloan is replacing John Stumpf, who stepped down on Wednesday amid the ongoing scandal, for which the company has been fined $185 million by federal regulators and faces investigations from the departments of Justice and Labor.

Before the fines were announced, Sloan, who was groomed to replace Stumpf for years, sat down with American Banker to talk about the company on June 16. By that point, the Los Angeles Times had already uncovered evidence of fake accounts, and the city attorney of Los Angeles had filed suit over the allegations (the suit would eventually be folded into the larger settlement). The L.A. Times also had disclosed that the bank was under federal investigation.

American Banker asked Sloan, “Wells has come under scrutiny for its strong sales culture. Is there any sense that the bank has pushed that strategy to the limit?”

He said that the company’s vision is to satisfy their customers’ needs and help them succeed. “We know a lot about our customers, and so doesn’t it make sense that we would use our data and match it with our product set to try to broaden our relationship with our customer?”

While Sloan spoke of appropriately selling to customers and “making sure we follow regulations,” he concluded, “the fundamental strategy that we have is not going to change.”

That strategy has changed, after Wells Fargo revealed it fired 5,300 employees over the past five years for illegally opening unwanted accounts in customers’ names, often forging signatures or using phony e-mail addresses to do it. Senior management set a “cross-selling” target of eight accounts per household, urging line-level employees to get checking account customers to open a savings account, or a credit card, or a wealth management account.

Workers described a pressure-cooker environment, with supervisors demanding that they meet these challenging sales goals or else stay late without pay. Whistleblowers who informed Wells Fargo management of the bogus account generation were allegedly retaliated against.

When Sloan made these statements in June, thousands of Wells Fargo employees had already been fired for creating fraudulent accounts. Wells Fargo eliminated all product sales goals for their retail bank branches on Oct. 1 of this year.

Stumpf testified to Congress that he learned of the scandal in “late 2013.”

Prior to taking over for Stumpf, Sloan served as Wells Fargo’s president and chief operating officer. Wells Fargo tipped that Sloan was being primed for even greater control of the company on Oct. 11, when it restructured its top management to give Sloan more power.

According to the company’s annual proxy statement, in 2015 Sloan made $2 million in annual salary, along with $6.5 million in stock awards and another $1.5 million in restricted shares that vest at a later date. Between unvested and owned common stock, Sloan holds 1.56 million shares of Wells Fargo.

That means that, like Stumpf, Sloan profited from the touting of company sales goals in annual reports and investor calls, which boosted Wells Fargo’s share price between 2010 and 2015. Sen. Elizabeth Warren, D-Mass., wants Stumpf criminally investigated for boosting the company’s sales growth without telling investors it was obtained fraudulently.

Sloan’s interview in June suggests he wasn’t interested in shutting down the fake accounts either.