U.S. diplomats asserted that Mexican security forces are making progress on human rights — a claim at odds with the conclusions of many experts who track such issues. 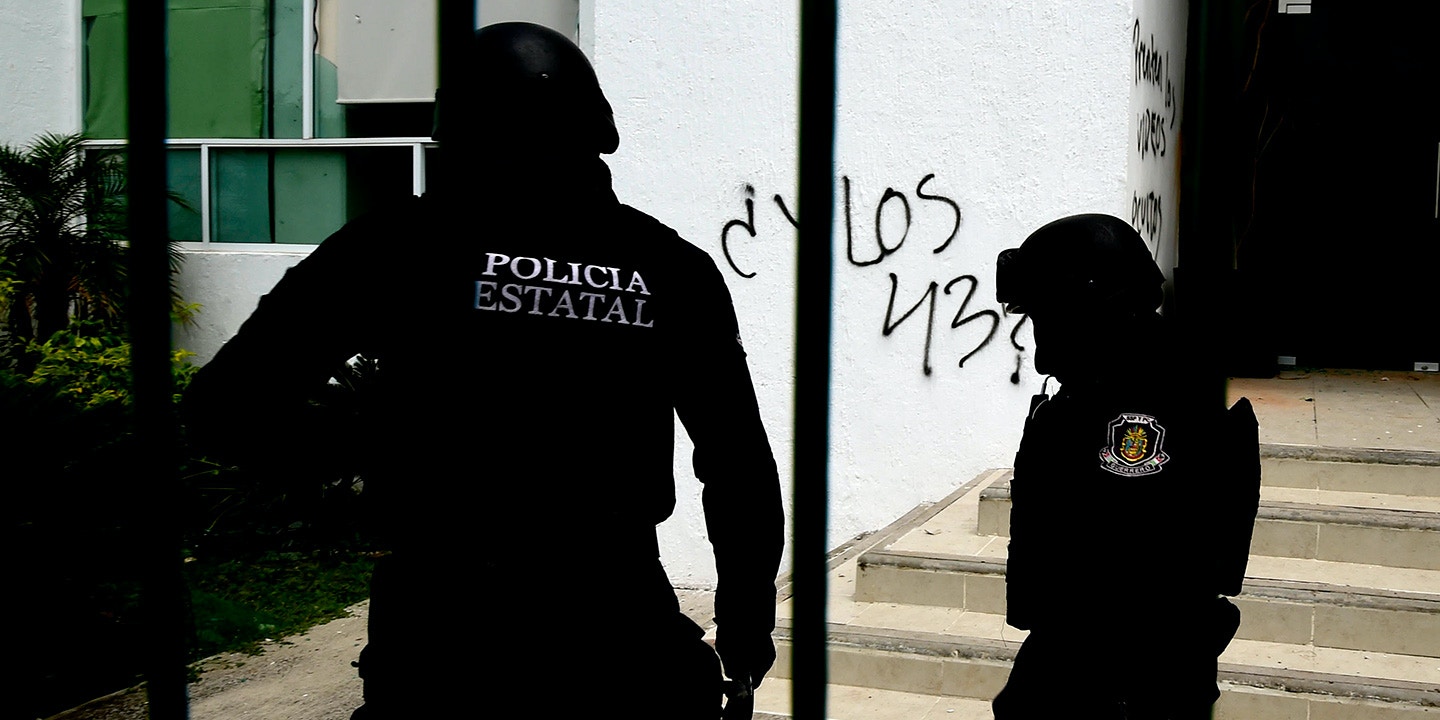 In a little-noticed report submitted to lawmakers last month, U.S. diplomatic officials asserted that while significant problems persist, Mexican security forces are making progress on human rights and have called on the Obama administration to release more than $2 million in aid to Mexico’s military and police.

Submitted just three weeks before thousands of demonstrators took to the streets in Mexico City to commemorate the disappearance of 43 college students in 2014, the State Department report made the case that on issues of torture, enforced disappearance (kidnappings implicating government forces), detention, and the investigation of human rights violations, Mexican authorities are improving.

It’s a claim at odds with the conclusions of many experts who track security issues and human rights in Mexico. “All the concerns that were there last year are still with us this year,” Alejandro Hope, a national security expert based in Mexico City, told The Intercept.

Maureen Meyer, director of the Mexico program at the Washington Office on Latin America, agreed. “Nothing has really changed in Mexico, from our point of view, to justify saying there’s progress,” Meyer said, adding that by certain metrics, conditions on the ground in Mexico have actually deteriorated since funding was held back last year.

In an email to The Intercept, State Department spokesperson John Kirby stood by the request for aid. “We concluded the government of Mexico is meeting the criteria stipulated by the law, while recognizing that some serious human rights challenges remain,” Kirby wrote. “The United States remains committed to working with the Mexican government and civil society to support Mexican efforts to protect human rights, strengthen the rule of law, and promote transparency and accountability.”

The money in question comes from the Merida Initiative, an aid package born out of the U.S. government’s support for the drug war in Mexico, which has appropriated $2.3 billion to Mexican law enforcement and the military since 2008. Under U.S. law, 15 percent of Merida funds are subject to certain conditions each year, including that those on the receiving end are at least making an effort not to be human rights abusers.

It falls on the State Department to provide lawmakers with its assessment on whether those conditions are being met. Historically, diplomats in Mexico have submitted so-called “15 percent reports,” a reference to the percentage of aid subject to human rights conditions, in favor of the U.S. government’s drug war allies, despite mountains of evidence that security forces at all levels of the Mexican government are routinely implicated in human rights abuses. The continued U.S. support has caused critics to view the State Department as a rubber-stamping body that would stand by Mexican security forces no matter what.

Last year the State Department declined to endorse the Mexican government’s commitment to human rights for the first time ever and even raised the bar for authorities there on certain human rights conditions. Still, that rare rebuke has been tempered by the longstanding practice of U.S. officials working in Mexico of prioritizing a host of issues ahead of human rights.

“Human rights has never been at the core of the bilateral relationship between Mexico and the U.S.,” said Hope, noting that trade and economic issues, as well as energy and border security, typically take precedence over human rights in bilateral talks. Those issues appear to have taken center stage again, Hope said.

This year’s presidential campaign may also have impacted the White House’s priorities, Hope added. Obama administration diplomats might not “want to make Mexico look bad in the electoral campaign in the U.S., given that Mexico has played such a prominent role in Donald Trump’s campaign,” he said.

By all accounts, the $2.4 million the State Department is now requesting is a drop in the bucket compared to Mexico’s national defense budget. By comparison, over the course of just 100 days in 2013, Mexico purchased $6 million worth of bullets alone from the U.S.

But to focus exclusively on the money the State Department provides misses a broader problem, Meyer said. “From our point of view, there are parts of U.S. assistance that could be beneficial,” she said. “Certainly strengthening Mexico’s judicial system and investigative capacity is important, much more than giving Mexico a bunch of helicopters that are going to be used in the drug war.”

The problem, Meyer argued, is the political message the U.S. sends when it declares that Mexico is making progress on human rights despite copious evidence that it is not. “Regardless of the sensitivities between the two governments, this is not the time, I think, to give the Mexican government a pat on the back in terms of the human rights situation in the country,” she said.