U.S. authorities overseeing the war against ISIS in Syria have failed to respond to evidence of hundreds of civilian deaths, Amnesty International says. 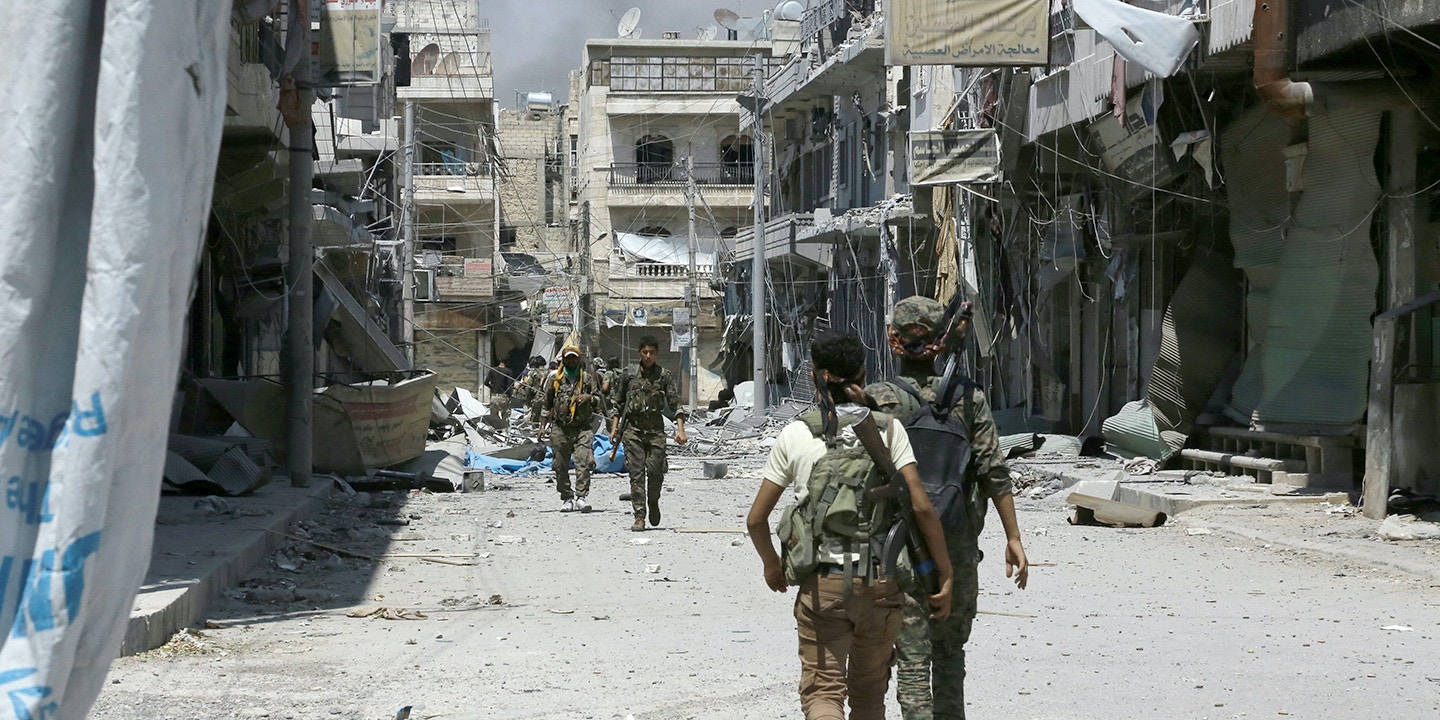 U.S. authorities overseeing the war against the Islamic State in Syria have failed to respond to evidence of hundreds of civilian casualties resulting from coalition airstrikes and potential violations of the laws of war, according to a startling new account from Amnesty International.

In a press release issued Tuesday night, Amnesty said it has presented the Pentagon with evidence that 11 coalition airstrikes in Syria over the past two years appear to have led to the deaths of as many as 300 civilians — and that so far that evidence has been met with silence.

“U.S. authorities have provided no response to a memorandum Amnesty International sent to the Department of Defense on September 28 to raise questions about the conduct of coalition forces in Syria,” the group claimed.

“We fear the U.S.-led coalition is significantly underestimating the harm caused to civilians in its operations in Syria,” Lynn Maalouf, deputy director for research at Amnesty’s Beirut regional office, said in a statement. “Analysis of available evidence suggests that in each of these cases, coalition forces failed to take adequate precautions to minimize harm to civilians and damage to civilian objects.”

Maalouf added that some of the strikes in question “may constitute disproportionate or otherwise indiscriminate attacks.”

U.S. Army Maj. Josh T. Jacques said CENTCOM, the component of the U.S. military running the coalition war against the Islamic State, “is aware of the letter from Amnesty International and is currently evaluating the allegations of civilian casualties it contains.”

“The coalition takes great care — from analysis of available intelligence to selection of the appropriate weapon to meet mission requirements — in order to minimize the risk of harm to non-combatants,” Jacques said in an email to The Intercept. “Civilian casualty allegations come from various sources, including our own internal reviews and unit self-reporting, media reports, non-governmental organizations, or other U.S. government departments.”

While the Syrian military and its Russian allies have been responsible for the vast majority of civilian casualties resulting from airstrikes within Syria’s borders, the 27-page memorandum Amnesty sent to the Pentagon last month painted a detailed picture of nearly a dozen incidents in which coalition operations frequently described by U.S. officials as the most careful and precise in the world appear to have gone deeply awry.

“For several incidents, no military objective could be discerned and reports indicate that the only casualties were civilian,” the memo noted. “The loss of civilian life was so high in a few attacks that it is difficult to see how a significant enough military advantage could have been anticipated that would have outweighed the risk to civilians.”

More than a third of the deaths Amnesty catalogued were the result of bloody operations to liberate areas around and in the Syrian city of Manbij from Islamic State control over the summer. While death counts from airstrikes during that offensive varied, Amnesty claims that attacks launched on one village, al-Tukhar, may have resulted in the greatest loss of civilian life in the history of the coalition’s war on ISIS, with 73 civilians — including 27 children — killed, according to evidence Amnesty compiled.

While the U.S. has confirmed that it launched an investigation into the high-profile incidents in Manbij, its broader efforts at investigating alleged civilian casualty incidents in the war on the Islamic State have been repeatedly called into question.

A Defense Department official said that the Pentagon had not yet incorporated Amnesty’s report, but as of October 13, had received 249 allegations of civilian casualties stemming from coalition operations in Syria and Iraq. Of the complaints received, 62 resulted in closed investigations, with 31 conclusions announced publicly — 13 in Syria and 18 in Iraq. The Pentagon deemed 179 of the allegations not credible. In Syria, five investigations remain open. All told, the Pentagon claims that 55 civilians have been killed and 29 injured over two years and thousands of airstrikes in Syria and Iraq.

The figures pale in comparison to civilian casualty estimates offered up by human rights organizations and other monitoring groups, which claim that anywhere from 600 to more than 1,000 civilians have died in coalition airstrikes. In the case of the 11 strikes Amnesty examined, the human rights group reported that to date CENTCOM has acknowledged only a single civilian casualty resulting from those operations.

“Based on Amnesty International’s research and analysis, some attacks known or suspected to have been carried out by coalition forces may have violated international humanitarian law,” Amnesty’s memorandum to U.S. officials noted.

The reported failure to follow up on alleged civilian casualties, the group argues, appears to fall short of an executive order issued by President Obama in July, which requires U.S. authorities to investigate when civilians are believed to have died in U.S. counterterrorism operations.

“This is totally contrary to the president’s stated commitments to transparency and accountability on this issue,” said Naureen Shah, director of Amnesty’s Security with Human Rights program. “The Defense Department must acknowledge and investigate these civilian deaths immediately.”