If there were a public interest exception, there are many other high-profile investigations that the Justice Department could be encouraged to discuss. 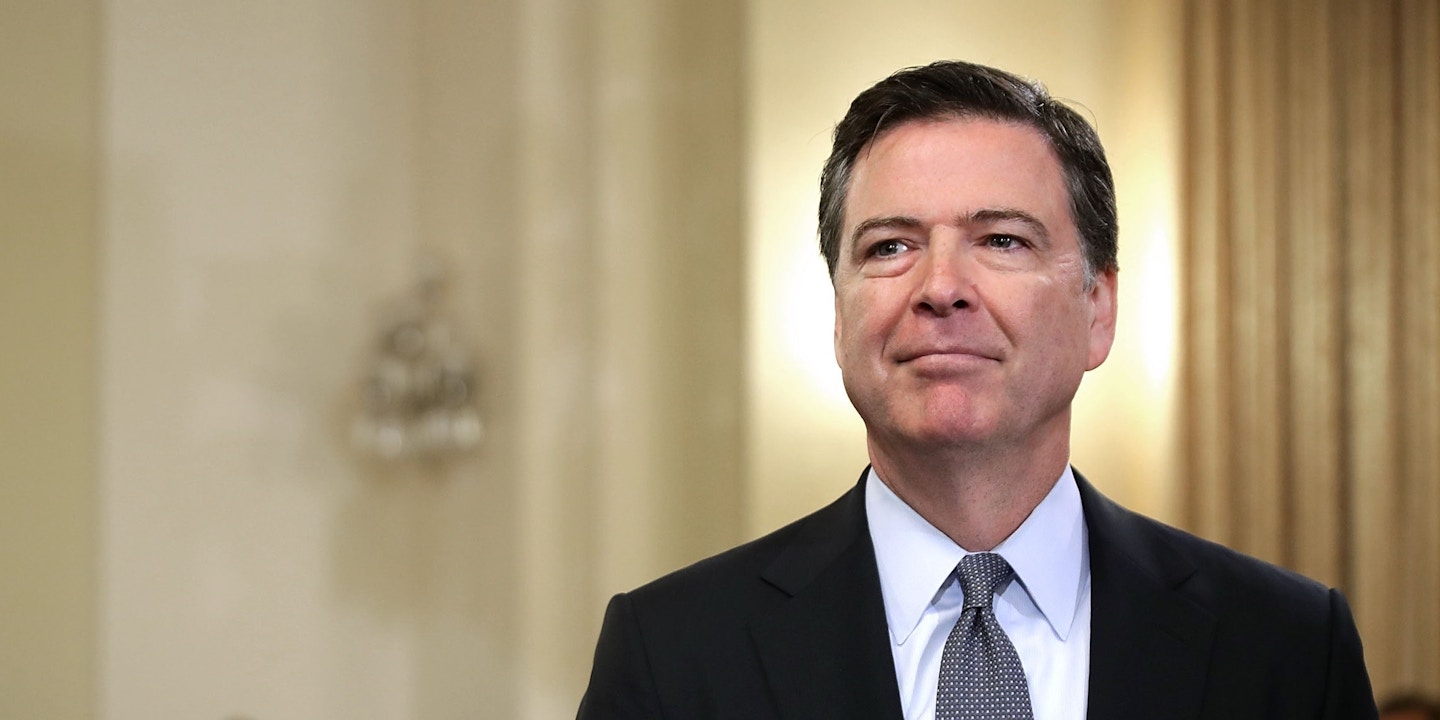 When FBI Director James Comey decided in July to violate Justice Department guidelines and publicly announce that the FBI would not recommend charges against Hillary Clinton, he explained that he was taking such an exceptional step because the “American people deserve those details in a case of intense public interest.”

Comey’s decision last week to inform Congress that the FBI is now reviewing additional emails that apparently originated from Clinton’s private server has ignited an even more furious debate, with Democrats accusing him of election interference and law breaking.

There’s a reason that the Justice Department has nondisclosure rules about ongoing or closed investigations. Lots of things emerge in investigations that are not true, or do not amount to crimes. Disclosing those things can ruin reputations. So it is typically left to prosecutors to decide what accusations to make public, in the form of an indictment.

Among the people criticizing Comey for his latest foray into radical transparency were former attorney generals Alberto Gonzales and Eric Holder, who both pointed out that it is against Justice Department policy to comment on ongoing investigations, certainly within 60 days of an election.

Comey’s actions have raised lasting questions about when the public interest outweighs the current policy, and whether there should be a “public interest” exception to the Justice Department’s secrecy rules.

In his July announcement, Comey said that “given the importance of the matter, I think unusual transparency is in order.” Part of his goal was clearly to reassert the FBI’s independence from political pressure. “No outside influence of any kind was brought to bear,” he said.

If there were a public interest exception, there are many other high-profile investigations that the Justice Department could be encouraged to discuss.

In 2012, for instance, the Justice Department closed a three-year investigation into CIA torture. The investigation reportedly found that the CIA tortured multiple detainees to death but did not lead to the prosecution of any Bush administration officials. Due to suspicions of meddling by the Obama administration, perhaps the Justice Department should explain why it chose not to prosecute anyone.

In September, Elizabeth Warren noted Comey’s new chattiness and called for a similar level of transparency about why the Justice Department had not brought cases against bankers responsible for the 2008 financial crisis.

“You explained these actions by noting your view that ‘the American people deserve those details in a case of intense public interest,’” Warren wrote in a letter to Comey. “If Secretary Clinton’s email server was of sufficient ‘interest’ to establish a new FBI standard of transparency, then surely the criminal prosecution of those responsible for the 2008 financial crisis should be subject to the same level of transparency.”

A public interest exception could help the government explain why it so often fails to bring powerful people to justice. But so far, Comey only seems interested in applying that exception to Hillary Clinton.