Sonia Cacey was wrongfully convicted of setting fire to her home and killing her uncle on the basis of forensic pseudo-science. 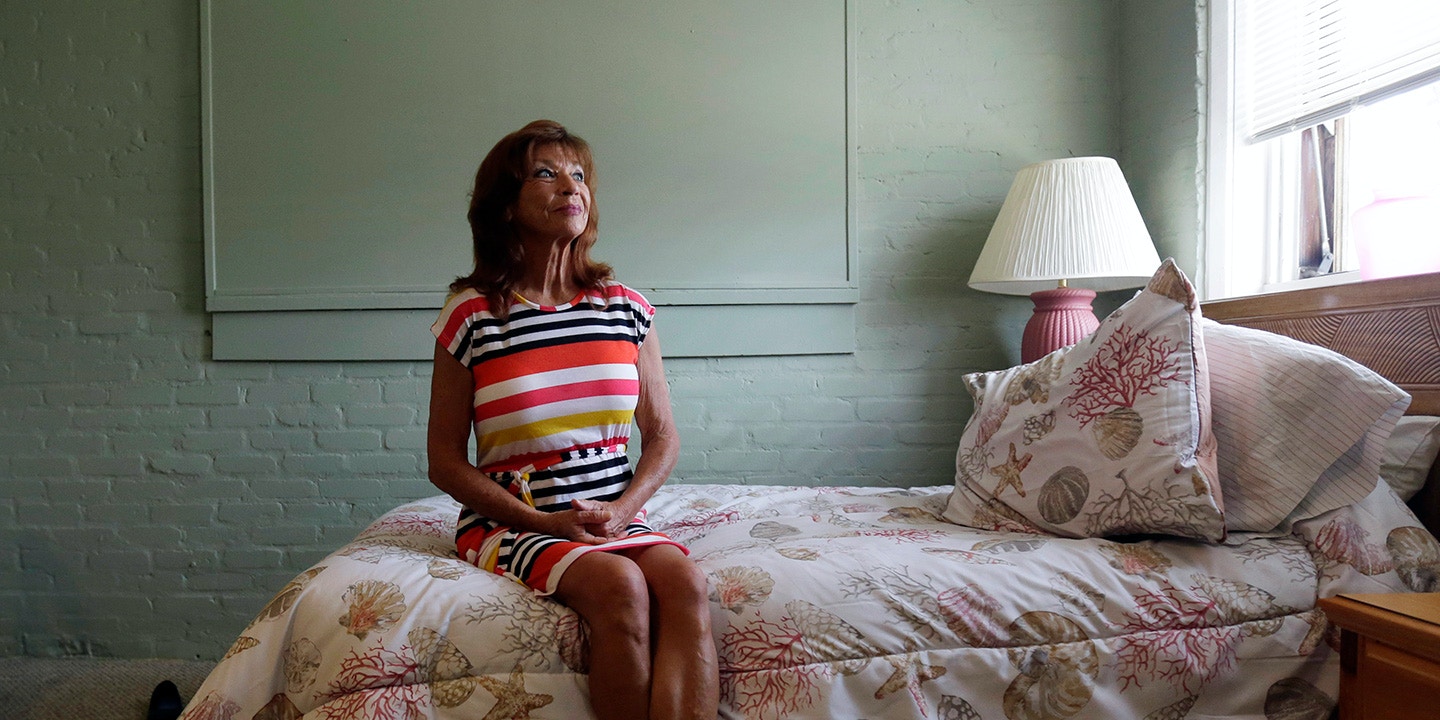 Twenty-five years after she was first accused of the arson-murder of her uncle, 68-year-old Sonia Cacy on November 2 was finally exonerated by Texas’ highest criminal court, a move that clears the way for her to seek compensation from the state for her decades-long ordeal.

Cacy’s conviction for a crime that never happened is a prime example of the devastating consequences of allowing junk science into the courtroom, of the need for continuing education of forensic practitioners, and for the robust review of convictions that may have been tainted by outdated, or imagined, science.

In fact, arguably, it was Cacy’s case that set in motion a series of events that would eventually culminate in a unique partnership between the Innocence Project of Texas and the Texas state fire marshal, designed to review old arson-related criminal cases in order to ferret out convictions based on unsupportable fire science. “Sonia’s case is a lesson to the entire criminal justice system of how important it is to keep bad science out of court,” said Gary Udashen, president of the IPTX and Cacy’s longtime attorney.

The fire that engulfed the home that Cacy shared with her uncle Bill Richardson in the far West Texas town of Fort Stockton broke out in the pre-dawn hours of November 10, 1991. Cacy escaped the conflagration through her bedroom window and after knocking on her neighbors’ doors seeking help, returned to the house, frantically trying to get back inside. Her uncle was still in there, she told a neighbor, and she had to help him. She was unsuccessful; the 75-year-old perished in the blaze.

It wasn’t the first time a fire had broken out at Richardson’s home. On November 2, there were two separate fires — one in a storeroom and another in the home office that originated in a box of electrical devices sitting beneath a set of drapes. Though exactly how the fires started remained undetermined, the state would eventually come up with its own theory: Cacy had set the blazes in order to test the response time of the local fire department.

That entirely speculative conclusion was part of the “evidence” prosecutors used to bolster their theory that Cacy had deliberately set the fire that killed her uncle — a narrative that apparently began when fire investigators found a marked burn pattern on the living room floor and vitrified when a toxicologist with the medical examiner’s office claimed to have discovered traces of an accelerant on Richardson’s clothes. Ultimately the state argued that Cacy, eager to get her hands on Richardson’s estate (which actually amounted to little more than the burned out house and several dried up oil leases), had doused her uncle in gasoline and set him ablaze before fleeing the home. They pointed to her erratic behavior the morning of the fire and her singed hair, among other details, as evidence that she was guilty.

Cacy was tried for murder and, after just two hours of jury deliberation, was sentenced to 55 years in prison.

But the case against her began to unravel when the legendary Austin-based chemist Gerald Hurst picked up her case file in 1996. Hurst designed warfare explosives — among other things, including the ubiquitous Mylar balloon — before turning his attention to fire science, intent on debunking its misconceptions. Though he’d consulted in civil cases, Cacy’s was his first foray into the criminal justice system.

Inside the file, Hurst found a trove of erroneous conclusions that belied the investigators’ misunderstanding of the chemistry of fire — a not uncommon problem. Fire investigation had long been built on little more than pseudo-science and urban myths, and Cacy’s case was no exception. For example, the burn pattern allegedly caused by the use of an accelerant was far more likely caused by the burning of the home’s curtains and a polyurethane mattress located in the room.

Indeed, there was ample evidence that the fire was set accidentally — and likely by Richardson, who smoked up to three packs of cigarettes a day and was often careless while doing so. At times he would light a second cigarette while another was already burning. His clothes and sheets were riddled with burn holes, which the state ignored. Richardson was also known to use a small propane torch to roast marshmallows while sitting in his recliner.

Richardson’s autopsy report solidified Hurst’s beliefs about what actually happened: There were signs of severe cardiac disease, suggesting that perhaps Richardson had died of a sudden heart attack, a theory bolstered by the fact that his lungs were filled with fluid, not soot, which should have been the case if he had died as result of the fire.

Cacy was granted a new sentencing hearing and Hurst testified in her defense. But it didn’t help — the new jury was even more punitive, sending Cacy to prison for 99 years. Hurst was reportedly rattled by the outcome and was determined to get the state to see the truth of the case. He enlisted additional fire experts and in 1998 filed with the state’s Board of Pardons and Paroles, seeking to have her released from prison. In an exceptional move by the notoriously conservative panel, the BPP agreed that Cacy should be paroled, just six years after she was convicted. Scott Cobb, right, joins about 15 members of the Campaign to End the Death Penalty at a protest before a hearing about the Cameron Todd Willingham case outside the Blackwell-Thurman Criminal Justice Center in Austin, Texas on Oct. 6, 2010.

A Finding of Actual Innocence

Still, parole was not exactly a vindication — it left Cacy branded as a murderer and made finding a job or a place to live exceedingly difficult. But Hurst’s efforts had nonetheless kicked off a series of events that would ultimately lead to her freedom.

Texas’ most notorious alleged arson-murder is the case of Cameron Todd Willingham, sentenced to die and ultimately executed for setting a fire that killed his three young children inside their home. The case was based almost entirely on the scientifically ill-informed conclusions of a state fire marshal investigator who, as happened in the Cacy case, claimed that all signs pointed to the use of an accelerant to start the blaze. Hurst was asked by Willingham’s family to review the case and he determined it was more likely that faulty, “jerry-rigged” wiring in the children’s room was to blame. “It was an accident waiting to happen,” he would later say.

Hurst’s investigation was presented to Gov. Rick Perry, but Hurst’s concerns were either dismissed or ignored. Willingham was executed in February 2004.

Still, neither the Willingham nor the Cacy case would truly remain closed. In 2005 the Texas Forensic Science Commission was created to review claims of professional negligence or incompetence, and Willingham’s was the first case submitted for its review. In 2008 it took up the matter and just as it was poised to hear testimony that would almost certainly debunk the forensics that had led to a likely wrongful execution, Gov. Perry intervened, installing a hardline crony as the panel’s new chairman, a move that effectively shut down the commission’s investigation.

Ultimately, in 2011, the panel did publish a report condemning the arson science used in the Willingham case and recommended a review of other cases investigated by the state fire marshal’s office. That led to discussion among the IPTX, the commission, and State Fire Marshal Paul Maldonado — who before the commission had defended his office’s work in the Willingham case — about initiating such a review. Roughly two months later, however, Maldonado abruptly resigned his position,  leaving questions about whether the nascent review would continue.

If defenders of faulty forensics thought the review would fold, they were wrong. With the installation of the new fire marshal, Chris Connealy, the review became a project of unprecedented cooperation between a state law enforcement agency and criminal justice reform advocates. That’s what led to Cacy’s exoneration.

Connealy’s determination to back his agency’s fire investigations with science apparently didn’t go over well. In the wake of his takeover, 20 percent of the agency’s staff left, he told Texas Monthly. “There were fire investigators who didn’t want to go up to the new expectation,” he said.

In addition to beefing up professional trainings, Connealy agreed to work with the IPTX and to convene a panel of experts to review old cases. Of more than 1,000 cases initially reviewed, roughly a dozen were flagged for further inquiry, including Cacy’s. And while some were skeptical about the collaboration between the advocates and the agency, Connealy embraced it. People say, “’Why are you working with the Innocence Project?’” he said during a presentation at the 2014 conference of the American Academy of Forensic Sciences. “Well, because we have the same goals.” Agencies such as his “should be open to review,” he said, “and that has not happened in the past.”

Where Cacy’s case was concerned, the experts ultimately concluded that the investigation did not meet “modern-day scientific standards,” the arson determination was “not supportable under present day standards of care for conducting a fire investigation,” and that nothing supported the notion that Richardson “was alive when the fire broke out.”

In July 2014, Cacy went back to court in Fort Stockton, armed not only with the report from the review panel, but also with damning new evidence that the toxicologist who initially said he’d found traces of accelerant on Richardson’s clothes had failed to disclose that the clothing had been contaminated while in the lab. Additional analysis – including by a prosecution-hired expert – found no trace of accelerant on Richardson’s clothes. After hearing testimony, Judge Bert Richardson wrote a detailed report of his findings and legal conclusions, finally filed in June 2016, deciding that the evidence presented to him “supports a finding of actual innocence.”

On Wednesday, the state’s Court of Criminal Appeals agreed.

That ruling means that Cacy may now apply for compensation, and other benefits — like health care — for the nearly quarter of a century that she was wrongly labeled a murderer.