Amid Clinton Controversy, FBI Documents Show Why Americans Should Worry About Intelligence Gathering

Critics are right to be concerned about the FBI’s expanded power, especially when it comes to recruiting and deploying informants. That’s true regardless of why FBI Director James Comey acted as he did toward Hillary Clinton. 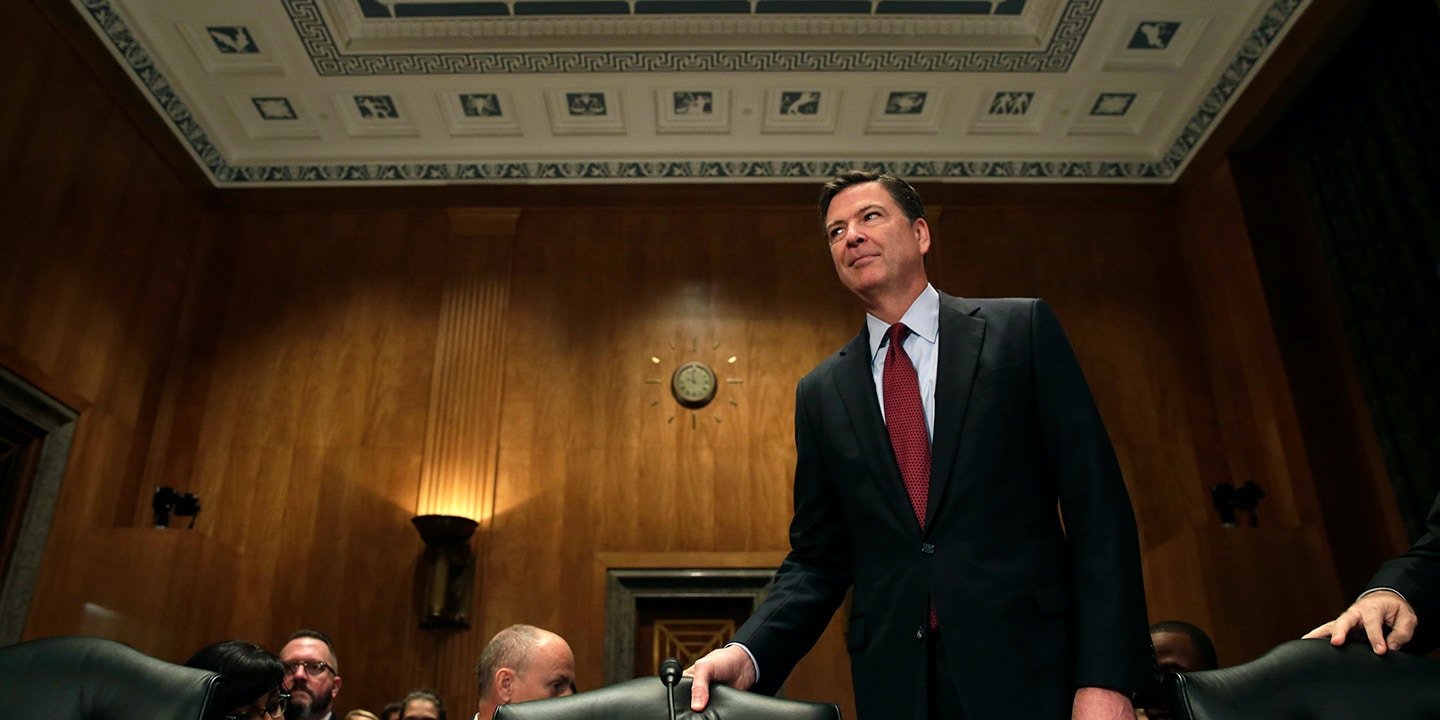 FBI Director James Comey took some heat off of Hillary Clinton Sunday when he said that recently discovered emails do not warrant new action over her handling of classified information. But questions linger around Comey, who reanimated the investigation into Clinton just before the election — questions about the power now concentrated in his organization and about its gathering and handling of sensitive intelligence.

Comey’s ill-timed move prompted a round of comparisons between Comey and his notorious predecessor J. Edgar Hoover, who made it the bureau’s mission to spy on, discredit, and blackmail civil rights leaders, leftists, anti-war protesters, and his personal political opponents. The Atlantic wrote the affair suggests that “some at the FBI once again feel untouchable.” Journalist Tim Weiner, author of a recent book about the FBI, wrote in the New York Times that the FBI “cannot and must not revert to its old role under Hoover as an instrument of political warfare.” Sen. Ron Wyden, D-Ore., said that Comey’s “leadership failures” were “another reminder we can’t let intelligence agencies say ‘trust us’ and then give them a blank check to probe into Americans’ lives.”

Two internal policy documents obtained by The Intercept make clear that, whatever Comey’s motivations, his critics are right to worry about the bureau’s mounting ambition and the widening scope of its intelligence gathering. Under Comey and the previous director, Robert Mueller, the bureau has transformed its domestic intelligence operations in the name of fighting terrorism, building up an army of some 15,000 informants and deploying those informants in recent years not only for aggressive sting operations but also to collect intelligence not tied to any particular criminal case.

The documents, one of which dates to August 2013, just before Comey was sworn in, clearly illustrate this transformation as they make the case that the FBI should maintain and expand its human intelligence (or “HUMINT”) efforts. They also show the FBI jostling for “primacy” with the CIA and other intelligence agencies.

Competing With the CIA

One memo, a “Domestic HUMINT Vision Proposal” from an advisory council to the FBI’s Directorate of Intelligence, states that the FBI’s “policies and procedures need to mirror those under which US Intelligence Community (USIC) partners operate.” The advisory council stood up in 2011, according to the FBI’s 9/11 Review Commission report, and the vision proposal, from references in the text, appears to date to sometime after 2012.

“If the FBI fails to capitalize on this opportunity, it runs the risk the Central Intelligence Agency (CIA) or another USIC partner, e.g., Department of Homeland Security, requesting the Director of National Intelligence revise the current order to place themselves in the position of primacy with regard to domestic recruitment and [foreign intelligence] collection,” it continues.

The vision proposal, classified “secret,” also calls for “an expansion and enhancement of its Confidential Human Source (CHS) base.” It says that agents need to “overcome the cultural bias against pro-active CHS recruiting outside of cases,” and suggests assigning each human intelligence squad a dedicated analyst to work on identifying potential sources.

Another document, a “Senior Intelligence Officer Essay” from August 2013 (which was cited, but not quoted from, in the 9/11 Review Commission’s report), outlines a cultural shift from an organization that cultivated sources for “active investigations” to one aimed at “strategic threat issues.”

The essay’s author writes that a HUMINT push that began in 2008 has helped “cement the FBI’s role as the primary collector of domestic intelligence,” taking “advantage of the enormous amounts of intelligence available in the United States that can be collected at low cost and low risk.”

“The concept of an expanded informant base, especially outside of a criminal context, is really concerning,” said Michael German, a former FBI agent and fellow at the Brennan Center at New York University School of Law. “What are these spies for hire going to be collecting information on?”

A Loosening of Post-Hoover Reforms

The historic context is important: When the worst excesses of Hoover’s FBI were revealed, they helped motivate, starting in 1975, a major congressional investigation, known as the Church Committee, into intelligence abuses, which in turn led to new rules to govern the FBI’s actions. But in the decades since, and especially with counterterrorism concerns dominant after the 9/11 attacks, those rules were loosened considerably. In recent years, the FBI has ramped up its domestic intelligence-gathering apparatus, growing the ranks of informants and mapping neighborhoods in order to identify potential sources. The FBI has sent informants into mosques and targeted Muslim student associations, political groups, and protestors. And there have been widespread reports of the FBI using immigration status as leverage to push people to work with the government.

While portions of the documents bear “secret” classification designations, it’s well known that since the last year of the Bush administration, the FBI has had new leeway to cultivate informants for intelligence purposes. In 2008, then-Attorney General Michael Mukasey issued new guidelines for the FBI, emphasizing gathering, sharing, and retaining information “regardless of whether it furthers investigative objectives in a narrower or more immediate sense.” He explicitly cited the “historical evolution of the FBI” after the 9/11 attacks toward coordination with other intelligence agencies and toward the elimination of the traditional wall between foreign intelligence and domestic law enforcement.

Mukasey also gave agents the power to conduct “assessments,” a new category of investigative activity in which agents are allowed to use invasive techniques — including physical surveillance, checking government and public databases, and tasking an informant to gather information — in situations where there was no “particular factual” reason for concern. Assessments could be opened for intelligence-gathering purposes as well as in order to evaluate potential informants.

“The FBI’s guidelines have been expanded to the point of no return,” said German, of the Brennan Center.

“Whether it’s looking at a political candidate or a political protester, the point is the FBI shouldn’t have authority to use unfettered powers to chase down vague intelligence unconnected to a crime.”

The HUMINT Advisory Council envisioned expanding the powers of assessments further. It recommended that the FBI be allowed to send informants to operate overseas as part of two broad categories of assessments: Type 3, which are used to look into “actual or potential” national security threats or criminal activities, and Type 4, in which the FBI collects information “to inform intelligence analysis and planning.” The council also said that agents should be able to “open and operate an individual without the person ever knowing they are a CHS.” (A U.S. citizen, the memo notes, would at least have to be told they were talking to the U.S. government.)

It’s not clear if these recommendations have been implemented. The FBI declined to comment.

“It’s just very troubling to see that there’s this instruction to greatly expand intelligence informants, because the brunt of that is borne by particular communities,” said Diala Shamas, a lecturer at Stanford Law School. “What we’ve seen in targeted communities is a really big push to recruit individuals to become informants who have no particular knowledge of anything that’s criminal, and in order to coerce them they use all sorts of pressure.”