Trump Presidency Could Be Worth $14 Billion to His Troubled Lender

Deutsche Bank is unlikely to pay its rumored $14 billion fine to the DOJ over crisis-related mortgage abuses now that one of its biggest borrowers will be president. 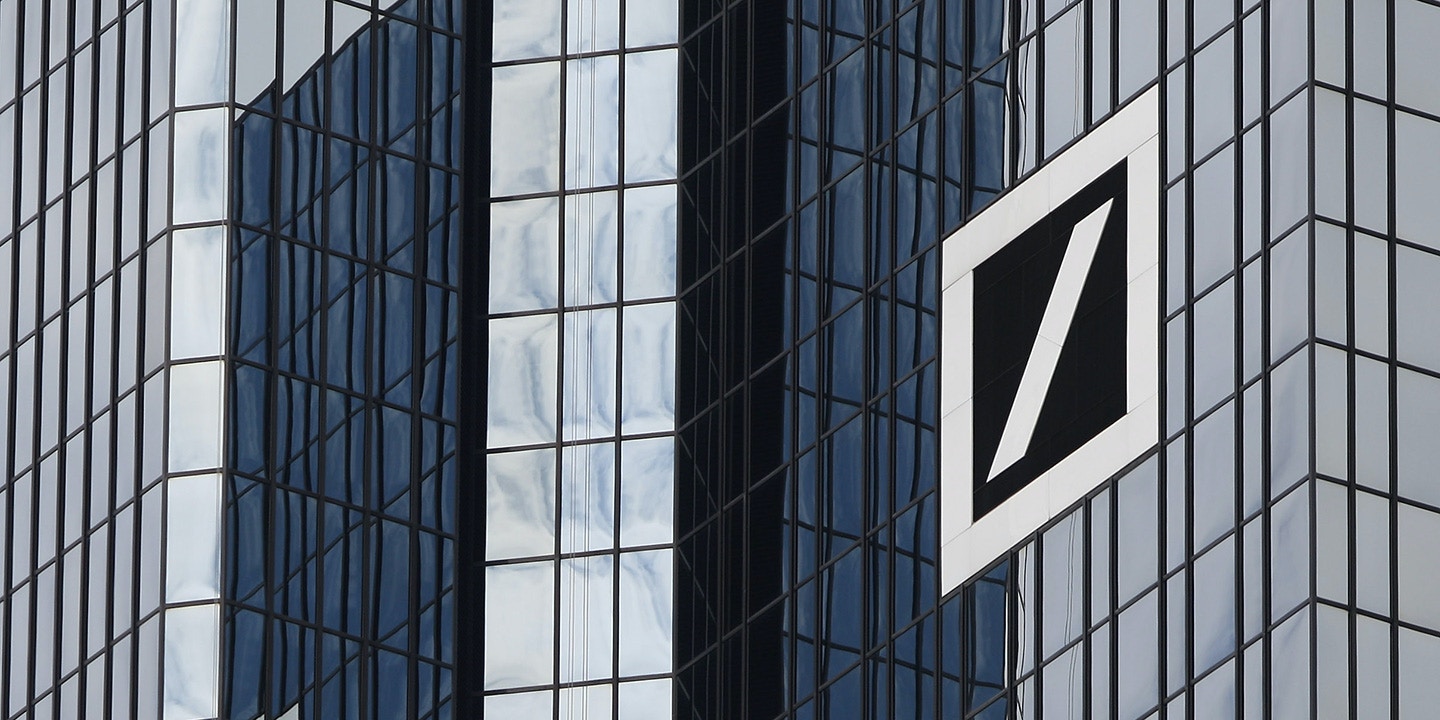 Donald Trump’s election has likely given a massive lifeline to Deutsche Bank, the German financial firm that has been rocked recently by rumors that they would have to pay a $14 billion fine to the Justice Department over crisis-related mortgage abuses.

That money is unlikely to ever be imposed, now that one of Deutsche Bank’s biggest borrowers – Trump – will soon be sitting in the White House.

That conflict of interest is one of the innumerable ones facing Trump as he leaves his life of grifting behind and becomes the nation’s chief executive. While the Justice Department is nominally independent of the White House, I had to stop writing this sentence because of constant laughing. Trump could easily move to protect his personal investments by aiding his business partner Deutsche Bank.

After going through virtually every bank in the world to finance his many projects, Trump settled on Deutsche Bank as a lender of last resort. The private bank division of the firm has lent Trump $364 million in mortgages on his Doral golf club in Miami and hotels in Chicago and Washington, D.C., in the last few years, and at least $2.5 billion to Trump’s affiliated businesses since 1998, with another $1 billion in loan guarantees. The recent loans on the three properties all come due before 2024, but they could be re-negotiated, as is common with commercial loan enterprises.

Like pretty much every financial institution that existed during the housing bubble, Deutsche Bank has been accused of fraudulent activities. The allegation drawing the Justice Department’s attention currently concerns the selling of mortgage-backed securities to investors without informing them of the poor qualities of the underlying loans. Numerous banks have paid fines over the same conduct, though virtually no individual executives have gone to jail for it.

While the Justice Department’s unusual public announcement of a $14 billion settlement request was largely a public relations maneuver — if it followed past trends, much of the fine would not be in cash but “credits” that could be satisfied through routine actions — it was so much more than Deutsche Bank reserved for legal expenses that it set off a near-collapse at the bank. The stock price plummeted, hedge funds began to pull money out, and credit default swaps, basically insurance against Deutsche Bank’s default, soared in price.

Deutsche Bank vowed to negotiate over the proposed fine, and within the past couple weeks they’ve said that they’ve made good progress. But Trump’s election throws the negotiations into confusion.

There’s simply no good reason for Deutsche Bank to agree to DOJ’s terms now, when a new administration will take over in a couple months, headed by a man who owes Deutsche Bank a lot of money. Trump’s debt with Deutsche is also negotiable in its own right, giving each side plenty of incentive to make a deal. Deutsche could get a free pass on its legal cases – of which the mortgage securities fraud is just one – while Trump could get better terms for his debts.

Deutsche Bank could threaten to cut off business with Trump — a powerful spur for the president-elect to give them favorable treatment.

Deutsche Bank and Trump have sparred previously, with Trump reneging on a $640 million construction loan in 2008 for his Chicago condo/hotel tower. Trump blamed Deutsche Bank for making his property less profitable because of their role in the financial crisis, and decided not to pay. Deutsche Bank countersued and there was an eventual settlement.

Ethics experts have cited the Deutsche Bank case as a primary example of the financial entanglements Trump will face as president. Trump Organization officials, predictably, argued otherwise. “Under your theory, no one who has ever done anything before can be elected to the highest office,” said Trump Organization General Counsel Alan Garten to the Washington Post.

Trump has vowed to hand over his businesses to his children, a vague statement that goes much less far than a blind trust or some other segregation that other elected officials have used. After all, Trump’s family are among his closest political advisors.

Top photo: The Deutsche Bank AG logo is pictured at their headquarters in Frankfurt, Germany, on June 19, 2008.