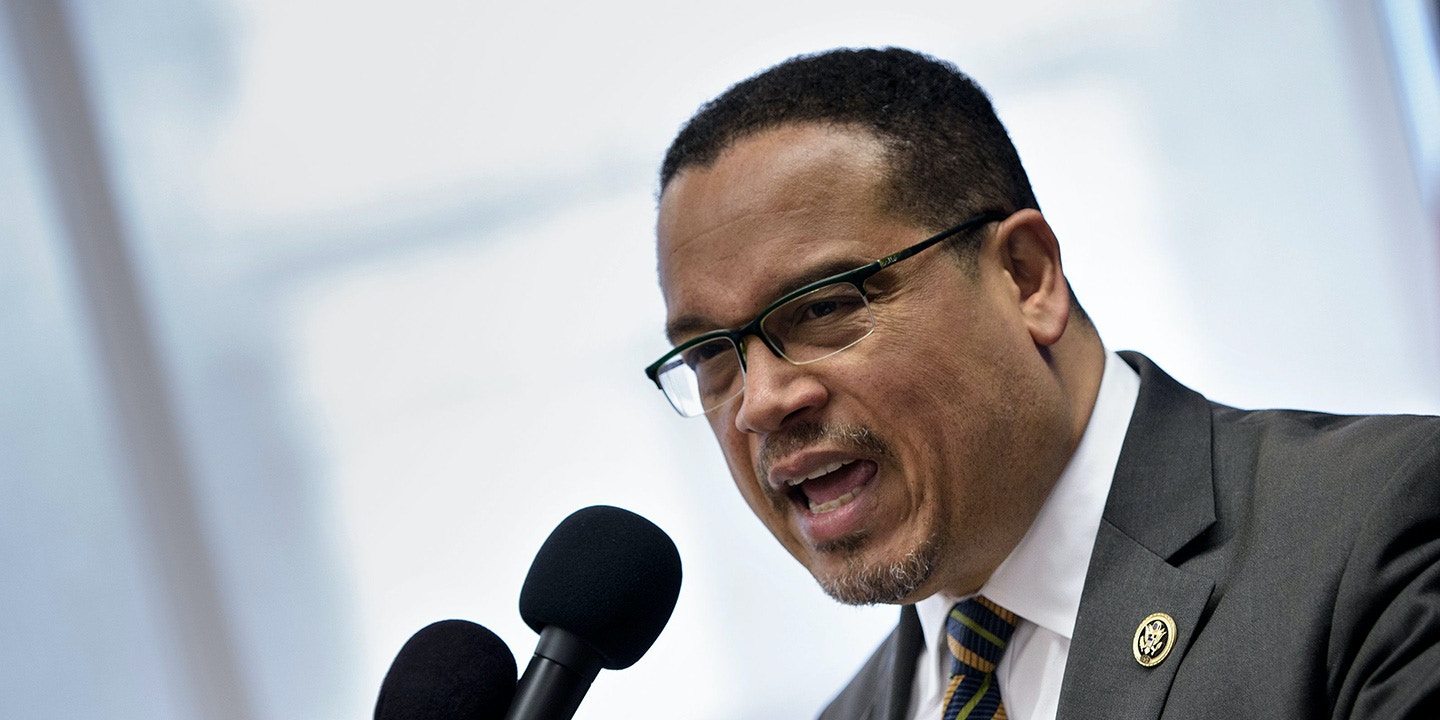 The Democratic trouncing last week has set off a contest for control of the party. So far, three individuals have stepped up to announce their bids for chair of the Democratic National Committee, vying to replace interim chair Donna Brazile. It’s a race that pits a left-wing member of Congress against two corporate lobbyists.

First, there’s Minnesota Democratic Rep. Keith Ellison, the first Muslim-American ever elected to Congress. Ellison has long been an advocate for his party’s left faction, and is currently a co-chair of the Congressional Progressive Caucus.

In announcing his bid for DNC chair, Ellison emphasized the need for the party to adopt a full-time organizing approach and build a multiracial coalition.

“It is not enough for Democrats to ask for voters’ support every two years. We must be with them through every lost paycheck, every tuition hike, and every time they are the victim of a hate crime,” he said in his announcing statement. “When voters know what Democrats stand for, we can improve the lives of all Americans, no matter their race, religion or sexual orientation. To do that, we must begin the rebuilding process now.”

Two other individuals have thrown their hats into the ring, and both have deep ties to Washington’s lobbying industry.

First, there’s Vermont’s former Democratic Gov. Howard Dean, who said that the party needs to re-focus on “the young” and rebuild its 50-state strategy, which he emphasized during his own tenure as DNC chair between 2005 and 2009:

The dems need organization and focus on the young. Need a fifty State strategy and tech rehab. I am in for chairman again.

Interestingly, Dean told MSNBC last week that he objects to Ellison’s bid because he’s an active member of Congress and “you cannot do this job if it’s not full time. Period. Full stop. End of story.”

But he isn’t exactly unemployed himself. His day job is as a “senior advisor in the Public Policy and Regulation practice” at Dentons, a massive lobbying and law firm where he worked alongside another key Dentons staffer — Trump-backer Newt Gingrich — to promote the firm’s business.

Dean has in the past angrily denied that he lobbies, and it is true that he is not a registered federal lobbyist. But we know, for example, that he was retained by the drug industry — and began writing in favor of its policy agenda. He has reversed himself on a campaign pledge he made during his presidential bid in 2004, now arguing that Medicare should not be able to negotiate for lower drug prices. Additionally, he has given paid speeches for the Mojahedin-e Khalq (MEK), a fringe Iranian exile group, while attacking the nuclear agreement with Iran — just like another Trump backer, Rudy Giuliani.

Last, we have South Carolina Democratic Party Chairman Jaime Harrison. Harrison appeared on MSNBC’s The Rachel Maddow Show on Monday to announce his bid. “I love this party. Everything I am is because of this party,” he told the host.

Harrison is a registered lobbyist at the Podesta Group, a powerful D.C.-based lobbying firm.

In the past, he’s lobbied for clients including Wal-Mart and Lockheed Martin.

He informed Maddow that he’s taking an unpaid leave from the firm, to the chagrin of his wife. “People you know they criticize lobbyists all the time,” he said. “And what I tell people is that is how I take care of my family. I pay my grandmother’s mortgage. I have $160,000 in student debt. And when you’re a poor kid, who grows up, and you’re able to be successful to do this, I mean -”

“What about people’s concerns, though that your lobbying roster would be the special interests that you’d serve as chair?” Maddow interrupted.

“The special interests that I care about are people like my grandmother,” he replied, saying that he moved back to South Carolina because he cares about the state.

Top photo: Rep. Keith Ellison speaks during a press conference about Islamophobia at the National Press Club on May 24, 2016, in Washington, DC.