Donald Trump Is About to Inherit Obama’s Unchecked Drone Program 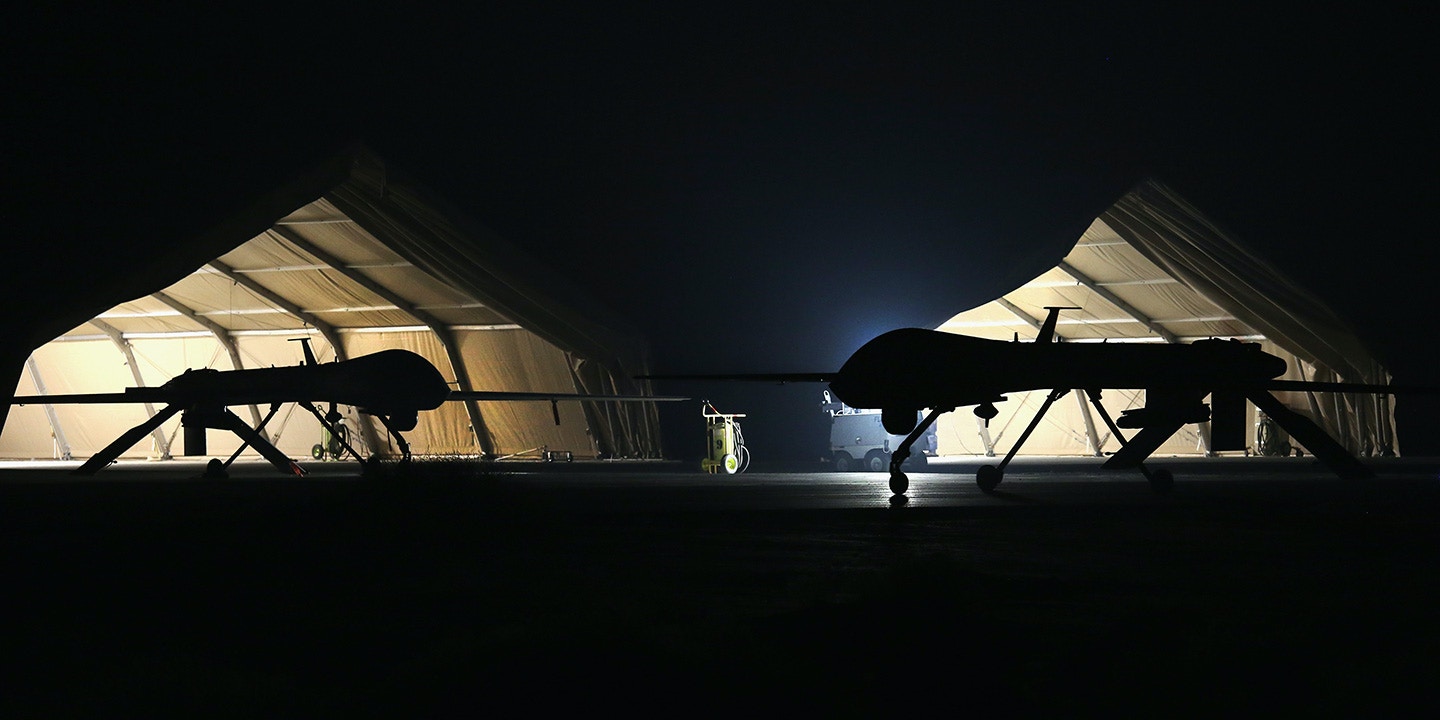 As the former deputy legal director of the ACLU, Jameel Jaffer made many arguments challenging the Obama administration’s drone program over the years, both in and out of court. While those critiques frequently included complex legal challenges, one of them was fairly straightforward. Jaffer would often make the case that even if many people considered President Barack Obama a good and honest man, his bureaucracy for secret killing should not be built on trust alone. Rather, it required publicly demonstrable legality and efficacy — the idea being that those powers would one day be handed off to a new president.

Last week, the scenario at the heart of Jaffer’s argument ceased to be rhetorical. “The Drone Memos: Targeted Killing, Secrecy and the Law,” edited by Jameel Jaffer.

President-elect Donald Trump has been notoriously vague when describing his counterterrorism vision — arguing that he doesn’t want to telegraph his secret plans — but if his vows to “bomb the shit out of” the Islamic State and kill the family members of suspected terrorists are any indication, the next four years are likely to include continued, or increased, lethal American operations abroad. If that’s the case, Trump will have at his disposal a host of executive power precedents set by the Obama administration. For Jaffer, who now heads the Knight First Amendment Institute at Columbia University, the implications of that reality are profound.

“I know as well as anyone how broad those powers are and how much damage somebody could do with them,” he told The Intercept in an interview last week. “I’m very aware of the risks that we now face.”

Jaffer has outlined those dangers in a new book, “The Drone Memos: Targeted Killing, Secrecy and the Law.” Published this week, the book does not mention the president-elect. Instead, it outlines the legal and policy framework of the remote killing program Trump will soon inherit. The documents that make up the bulk of the project — long-classified memos and white papers obtained through hard-fought litigation or offered up by the Obama administration after years of public pressure, as well as speeches by key government officials — are in Jaffer’s view “a reflection of a deep transformation in American attitudes and society.”

While the collection of materials will no doubt prove useful to many in the coming years, what makes the “Drone Memos” a truly valuable public service is the context and experience Jaffer employs in detailing how the Obama administration’s precedent-setting apparatus for killing came into being.

When Jaffer joined the ACLU in 2002, the nation’s long descent into the war on terror was still in its infancy. The notion of a global network of secret American torture chambers was still remarkable, the scope of the U.S. government’s appetite for surveillance still largely secret, and there was still a sense, at least in some quarters, that the response to the September 11 attacks would be finite. The wars didn’t stop, though, and when debates about the role American principles of justice would play in those conflicts spilled into courtrooms, it was often through the work of Jaffer and his ACLU colleagues.

During the Bush years, the cases Jaffer litigated offered him a window into a string of notorious post-9/11 scandals, from warrantless wiretapping to mind-bending interpretations of due process at the Guantánamo Bay prison camp. Jaffer continued to fight executive overreach under the Obama administration, challenging drone combat operations that included thousands of covert airstrikes in nations where the U.S. was not at war, resulting in hundreds of civilian casualties, and the government’s premeditated killing of an American citizen without charge or trial.

In an extended introduction to the “Drone Memos,” Jaffer provides a ringside perspective on the legal fights that defined the era. He details how selective leaks, media portrayals trumpeting the good judgment of Obama and his advisers, and the administration’s recruitment of prominent human rights attorneys were leveraged to provide credibility to secret killings. Above all, he drives home the point that what the Obama administration created over the last eight years was a formalized structure for killing individuals in secret — one that that will soon be passed to Donald Trump.

For many civil liberties advocates working on issues of national security, the oncoming Trump administration is already being viewed as an unprecedented threat, and so-called targeted killing is only one part of the concern. “It would be wrong not to be deeply worried about the way that President Trump will use those powers, but this goes beyond the drone campaign,” Jaffer said. “Something similar is true of the surveillance powers.”

While surveillance may have more legal oversight than drone operations, “the oversight is conducted by a secret court in proceedings that are one-sided,” Jaffer explained. “The congressional committees that are tasked with supervising the intelligence agencies have proven themselves, over and over again, not up to the task.”

Jaffer identified a handful of areas in the national security realm in which the Obama administration could still make a positive difference before leaving office. “The more progress they can make on closing Guantánamo, the better,” he said. Jameel Jaffer, deputy legal director of the ACLU, listens during a Senate Judiciary Committee hearing on Capitol Hill on July 31, 2013, in Washington, D.C.

On the drone front, Jaffer points to investigative files and legal memos the administration could still make public. “The release of that information is no guarantee against the abuse of power by the next administration, but transparency can serve as a kind of check,” he said.

After years of criticism, the Obama administration did adopt a set of rules intended to constrain counterterrorism operations abroad, and this summer the president signed an executive order requiring investigation into operations that might have resulted in civilian casualties. Jaffer said the future of those efforts is now uncertain.

“A lot of those things that the Obama administration has described as constraining are executive branch policies that can be reversed relatively easily by the next administration,” he explained. “That’s the unfortunate truth.”

The veteran civil liberties attorney isn’t celebrating the prescience of his warnings about the unchecked powers of the national security apparatus in light of Trump’s election.

“This book coming out now is both great and awful,” Jaffer said. “I’ve been proved right — I guess that’s good. But on the other hand, I’m ambivalent about spending all of this energy complaining about the Obama administration when something much worse is on the horizon.”

Top photo: A U.S. Air Force MQ-1B Predator unmanned aerial vehicle returns from a mission to an air base in the Persian Gulf region on Jan. 7, 2016.