Look Inside the Windowless New York Skyscraper Linked to the NSA

Previously unseen photographs offer a glimpse inside an iconic AT&T building in Manhattan tied to a top-secret NSA spy program. 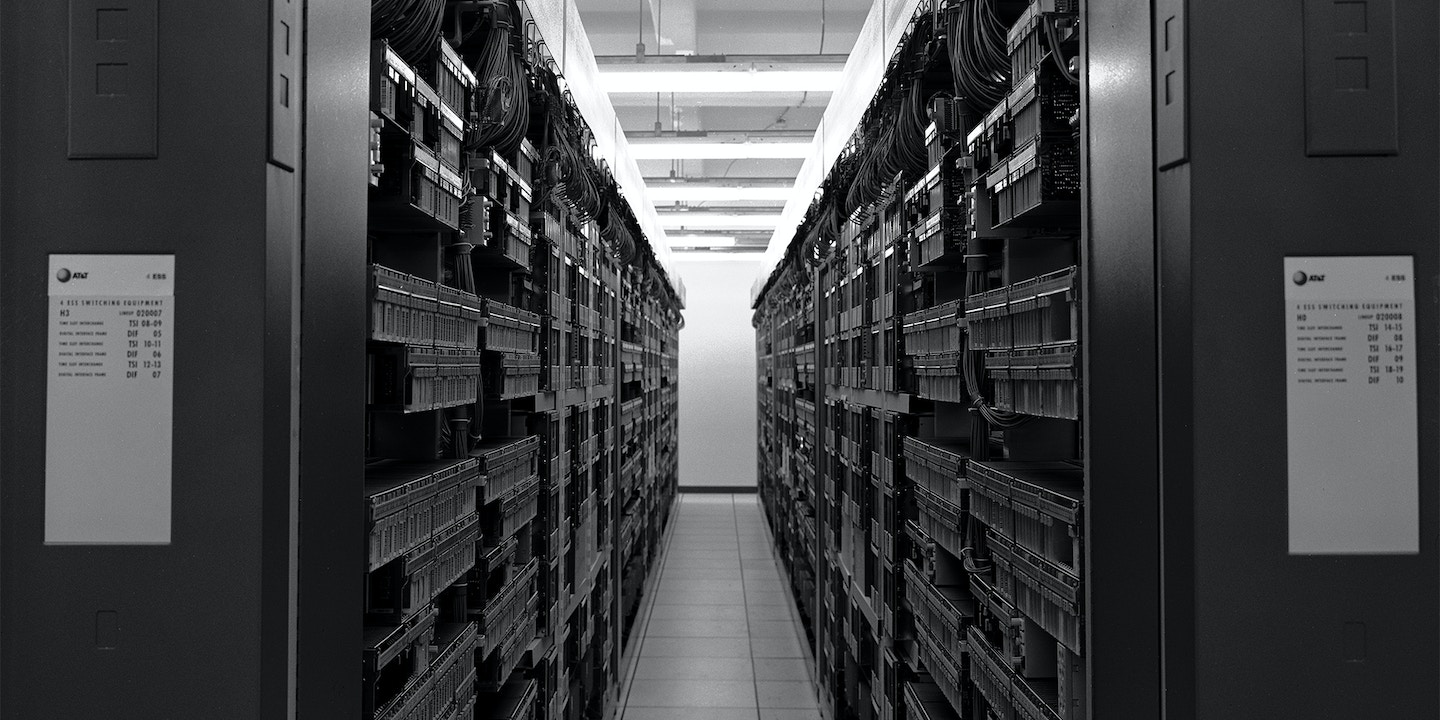 Since publishing a story about an apparent National Security Agency surveillance site in New York, The Intercept has obtained several previously unseen photographs from within the building, offering a rare glimpse behind its thick concrete and granite walls.

On Wednesday, we reported that top-secret documents indicate there is an NSA spy hub inside the massive, windowless skyscraper at 33 Thomas Street, used by AT&T to route communications across the world. The 550-foot tower contains equipment that covertly monitors phone calls, faxes, and internet data, according to the documents. But with the exception of employees who have worked at the building, few people have ever been allowed inside the iconic brutalist structure, which was built to withstand a nuclear attack amid the Cold War.

Stanley Greenberg, a 60-year-old artist based in Brooklyn, shared a series of photographs he took in September 1992 while visiting 33 Thomas Street. Back then, before the 9/11 attacks, security was not as tight. At the time, Greenberg was carrying out research for a book, “Invisible New York,” and AT&T granted him access. The photographs never made it into the book, but Greenberg revisited his photo archive this week and sent the pictures to The Intercept after reading the revelations about the building’s apparent role as an NSA site, code-named TITANPOINTE. 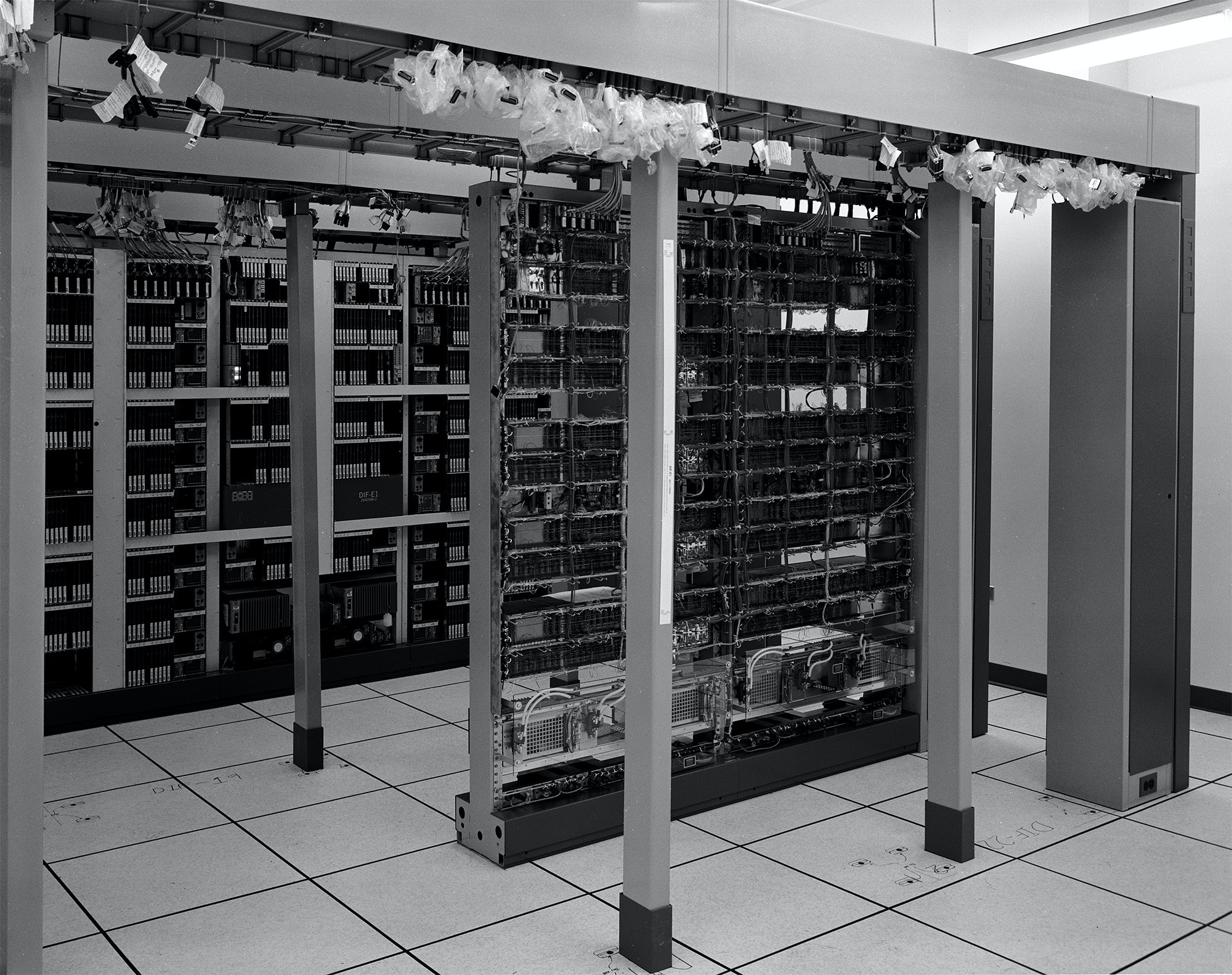 “They took me upstairs, and it was just racks and racks of electronics,” Greenberg recalled in a phone call Friday, adding that he toured the basement of the building and two or three other floors. “They told me, ‘We don’t use the whole building anymore so [we] serve private clients.’ I didn’t think at the time about whether anything secret was going on.”

One of Greenberg’s photos (featured at the top of this article) clearly shows some of AT&T’s “4ESS switch” equipment used to send phone calls across networks. The NSA’s documents describe the TITANPOINTE facility as containing a “RIMROCK access,” which is what the agency calls the 4ESS switches that it taps into. By 2004, at least one of these was an “international gateway” used to route foreign calls to and from the U.S., a former AT&T engineer has said.

Another photograph taken by Greenberg (below) shows a room full of large batteries, which were likely used as a back-up energy source for the building in the event of a power failure. Original planning documents for 33 Thomas Street state that it would have enough emergency power to last two weeks, enabling it to become a “self-contained city” in the event of a catastrophe. Dozens of large batteries inside 33 Thomas Street provide a back-up source of power in the event of an emergency.

Mark Klein, a former AT&T technician, worked at 33 Thomas Street between 1981 and 1990. During The Intercept’s initial research into the building, he shared a series a photographs that he took inside in 1988, which show his office space, a row of large black back-up batteries, and some of the primitive computer technology — including large disk drives the size of washing machines — used by AT&T at the time.

“During night shifts you’d be alone,” Klein said of his time in the skyscraper. “You’d walk around in dimly lit rows of equipment and only switch on fluorescent lights in the area you were working.”

The ground floor, Klein added, had a large cafeteria that was fitted with gleaming stainless steel equipment, but it was never open for business. “You’d go down there to empty tables and bring the sandwich you brought from home.” “It was like they planned for it, but in the end, they didn’t need it. Which fits with the nuclear war scenario, having this idle cafeteria that could open in an emergency.”

Klein later moved to California, where he continued his work for AT&T. In 2006, he alleged in a sworn court declaration that the company had maintained a secure room in one of its San Francisco offices, which he stated had been equipped with NSA technology to spy on phone and internet traffic. Klein told The Intercept that he didn’t know of any NSA presence at 33 Thomas Street, but it did not surprise him to discover its apparent role as the TITANPOINTE surveillance site.

“I always assumed and gathered information back then that there were numerous other offices like the one in San Francisco,” he said. “I was only aware of the ones on the West Coast, from talking to people. But logically I assumed there had to be some in places like New York or Chicago, the major telecom centers.” 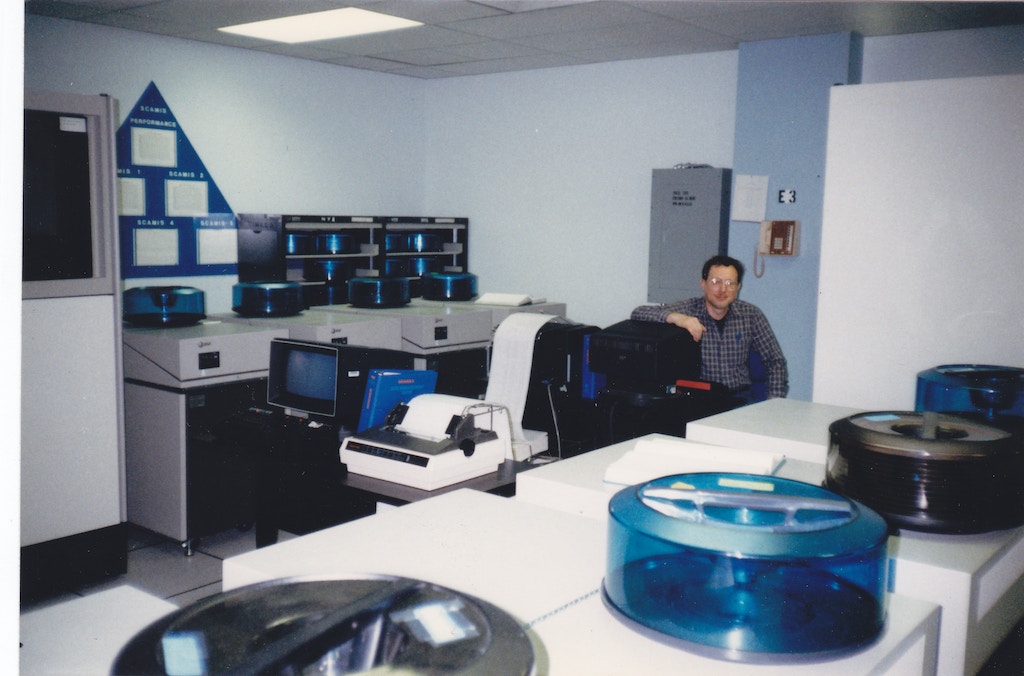 If you have any photos or information from inside 33 Thomas Street, you can contact the authors by email (addresses below) or through SecureDrop.