How normal is it to have a national security adviser who calls for a “world war against a messianic mass movement of evil people”? Not very. 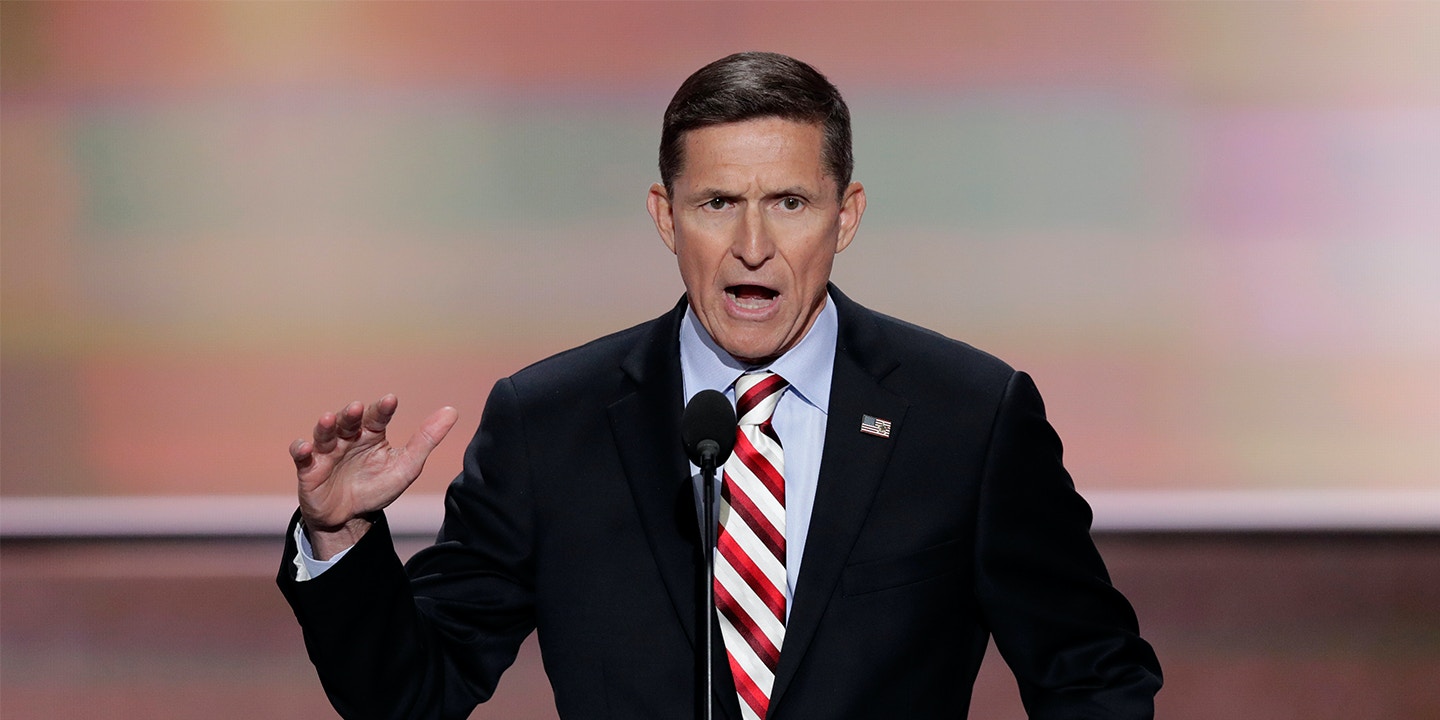 Last Monday night, less than a week after a near-plurality of voters chose Donald Trump as president, a special assistant from the departing administration sat at the basement bar of the Hay-Adams Hotel, in Washington, drinking a glass of wine. It was shortly after 8 o’clock. The people at the bar were arguing about just how bad Trump would be. One man thought he would “paint the White House gold.” Trump would not be so bad, the special assistant assured him. The Bush people had the same fears when faced with the prospect of handing the keys to the kingdom over to Obama.

Outside, Washington had a feeling of quiet anxiety. The transition’s “landing teams” had not yet arrived; many key appointments had not been announced. The deepest fears went unspoken. Not a week before, speakers at panel discussions had laughed off this future as though it were as unlikely as an asteroid strike. This week, they pushed on, sustained by inertia. Some exhibited classic symptoms of denial. Forty minutes into his scheduled interview with Secretary of Defense Ash Carter, the Atlantic’s Jeffrey Goldberg ventured a question about “recent events.”

“This is normal,” Carter assured Goldberg, affirming the same message as the special assistant at the bar. “This has been going on for two hundred and forty years. … All of our senior leadership have adhered to our tradition to stand apart from the political process. That’s an important principle in this country.”

Monday’s normal did not last. On Thursday night, news broke that President-elect Donald Trump had offered the job of national security adviser to retired Lt. Gen. Michael Thomas Flynn, a career intelligence officer who previously served as head of the Pentagon’s Defense Intelligence Agency. He retired from the military in 2014, and became one of Trump’s earliest boosters.

The national security adviser demands a calm strategist who can serve as an honest broker among different agencies. “I think he’ll be stretched a bit by this,” former NSA and CIA head Michael Hayden said, on Sunday. Flynn’s conspiratorial Twitter account reflect the weaknesses and insecurities of the man who chose him. “I don’t think every single Muslim in the world wants to kill the other seven billion people in the world,” he said, in another interview, when asked about his tweet that “Fear of Muslims is RATIONAL.”

The position of national security adviser is not subject to confirmation by the Senate. It is so influential that some have called it the White House’s second chief of staff. (I wrote about its history, and its powers, here.) Should America come under attack — terrorist, nuclear, or otherwise — it won’t be Trump’s phone that rings at 3 in the morning. It will be Flynn’s phone, Flynn’s decision to wake the president up, and Flynn’s voice in the president’s ear.

There have been hawkish national security advisers in the past. Some, like Condoleezza Rice, espoused a die-hard belief in American exceptionalism, defined American rivals as barbarians, and beat the war drums about weapons of mass destruction. Flynn said the same things in his speech at the Republican convention in Cleveland. Twenty minutes in, after Flynn castigated Hillary Clinton for her email practices, the crowd began to chant, “Lock her up!” “Lock her up,” Flynn repeated, tentatively, “Yes, that’s right. Lock her up. You guys are good.” The chants continued. Flynn scanned the crowd. Then, having found his bearings, he broke out in a grin. “Damn right. Exactly right! There’s nothing wrong with that!”

In America, the winners of elections do not use their offices to punish the losers. George Washington said as much in his farewell address, where he warned about “the alternate dominion of one faction over another, sharpened by the spirit of revenge.” The difference between an opponent on the ballot and an enemy on the battlefield, a crucial one to the maintenance of American democracy, is lost on Flynn, who called Hillary Clinton “the enemy camp, … somebody who will leave Americans behind on the battlefield.” This was more than campaign rhetoric, and “Lock her up!” was more than a chant. In a post-election interview, Trump declined to say whether he would continue to hound Clinton by appointing a special prosecutor. Reince Priebus, Trump’s new chief of staff, evaded the question again in a Sunday interview with ABC News.

“If I did a tenth of what she did, I would be in jail today,” Flynn said, at the Republican convention, of the candidate he called “Crooked Hillary.” And yet like Clinton, he was once accused of mishandling classified information. He accepted speaking fees from a T.V. network funded by the Russian government and sat next to Vladimir Putin at a gala dinner in Moscow, across the table from Green Party candidate Jill Stein. Flynn’s company took tens of thousands of dollars in lobbying fees from a Turkish client and produced “all-source intelligence support” for other international clients, even as Flynn himself was receiving classified briefings as part of Trump’s national security team. Flynn’s actions are “profoundly troubling and should be disqualifying,” Norm Eisen, a former ambassador and White House ethics advisor told Michael Isikoff of Yahoo News.

Just six years ago, when Flynn had a smaller, more professional audience, he offered a more nuanced view. In 2010, he published an influential critique of the U.S. approach to intelligence in Afghanistan, arguing that careful study of the needs of the civilian population was just as important as hunting down the Taliban. But on the campaign trail, Flynn seems to have learned the usefulness of anti-Muslim rhetoric in uniting Trump’s base.

Like Trump, Flynn’s worldview is riddled with hyperbole, making it hard to tell where his rhetoric ends and his thinking begins. He has been inconsistent about whether he would re-authorize the use of waterboarding and other forms of torture, whether he would support Trump’s theoretical ban on Muslim immigration to the U.S., and whether he would support the killing of terrorists’ families. “All options are on the table,” Flynn said, in an interview earlier this year with the The Intercept. He praised Trump for “being very unpredictable in the face of a determined enemy.”

In his 2016 book, The Field of Fight, Flynn characterized U.S. counter-terrorism efforts as “a world war against a messianic mass movement of evil people.” In a speech earlier this year, he called Islam “a cancer” and “a political ideology. It definitely hides behind this notion of it being a religion.” On Sunday, Priebus, Trump’s chief of staff, was asked to respond to Flynn’s remarks.

“Is he in line with how President-elect Trump views Islam?” asked Martha Raddatz, the interviewer.

“I think so,” Priebus replied. “Clearly there are some aspects of that faith that are problematic. And we know them. We’ve seen it.”

Trump himself has seldom distinguished between Islam and “radical Islam,” which he has called an “ideology of death that must be extinguished.” Those are dangerous words. Flynn’s appointment suggests that Trump intends to follow through on them.