Obama created a path to citizenship for undocumented immigrants who arrived in the U.S. as children. Those who registered with the DACA program now fear deportation. 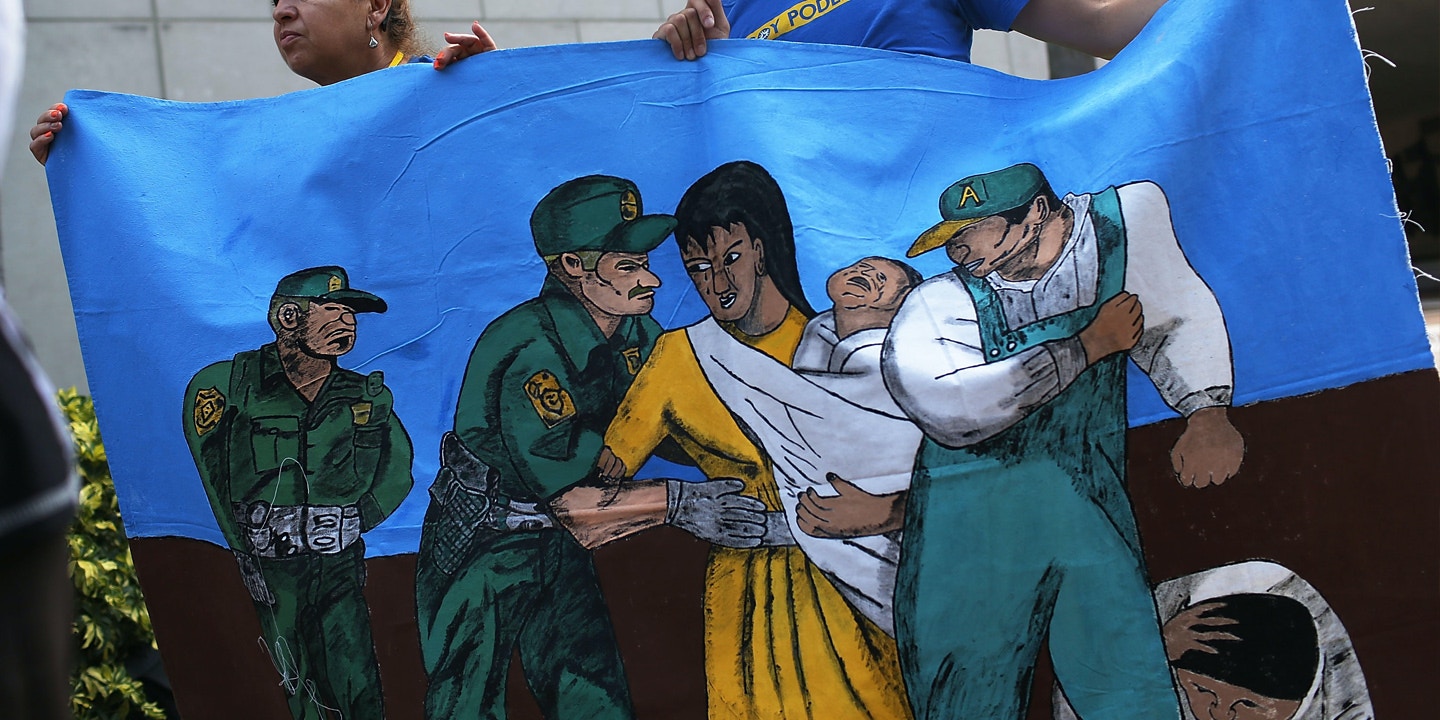 Carlos Vargas did not hesitate when the opportunity presented itself in 2012 — a path to formalize his status as an American, a chance at a driver’s license, a work permit, and a social security number. The avenue was an executive order signed by President Obama, known as Deferred Action for Childhood Arrivals, or DACA, that was intended to protect undocumented children brought to the U.S. at a young age from deportation, and to encourage their inclusion in civil society.

“I definitely didn’t think twice,” Carlos, who came to the U.S. when he was 4 years old, said of his decision to sign up.

Carlos threw himself into activism in the years that followed, ultimately landing a position working on a major New York City initiative, the largest of its kind in the country, to inform and educate immigrants about their rights. When the 2016 race for the presidency rolled around, Carlos, who is now 31, watched Donald Trump’s rise with alarm, but like many others, he believed Hillary Clinton would ultimately pull off the win.

On the night of the election, the Vargas family gathered at their home in Staten Island to watch the results come in. It was well after midnight, Carlos said, when the reality of what was playing out on the television began to sink in: that Donald Trump, a man who built much of his campaign around the racist scapegoating of immigrants, was going to take the White House.

“We just looked at each other like, ‘He won. This guy actually won. He’s going to be the next president of the United States,’” he recalled. 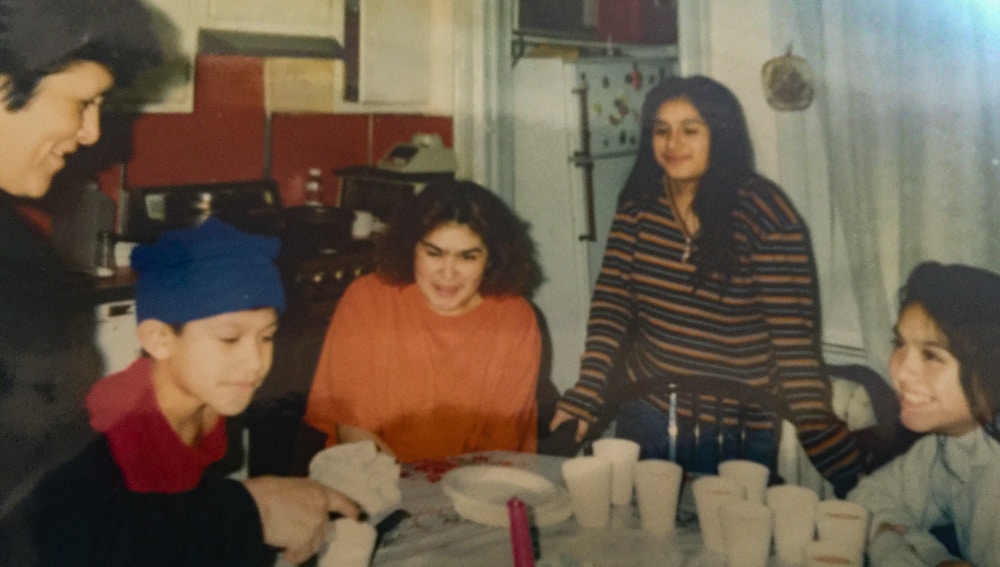 Carlos Vargas celebrating his fifth birthday in Brooklyn, New York, in May 1990, three months after arriving in the U.S.

For Carlos, Trump’s election meant explaining to his 72-year-old undocumented mother, the woman who brought him and his siblings to New York City 2 1/2 decades ago, that the threat of their family being pulled apart had just increased. It meant the relief he eagerly signed up for in 2012 was now in question. And it meant his activism had now taken on an unprecedented urgency.

Through his job at Make the Road New York, a grassroots advocacy organization, Vargas is now spending his post-election days running know-your-rights trainings around the city, answering questions from immigrants fearing that their loved ones could soon be taken from them.

Carlos said more than 100 people showed up at his most recent training session, eager for information about how their lives could change. Most of their questions dealt with the prospect of an Immigration and Customs Enforcement agent knocking at their door. “What happens if ICE gets me and my children have no one?” some would ask. “Will I be able to bring my kids with me?” others would say. Carlos does his best to inform people and to avoid stoking panic, even as DACA, the program he and some 742,000 others signed up for, sits a pen stroke away from being repealed on Trump’s first day.

“We don’t want to inflict fear,” he said. “But they should be prepared.”

For many undocumented immigrants, and for the lawyers and organizations that advocate on their behalf, Trump’s election has cast a shadow of fear unlike anything in recent memory. It has prompted deep concerns that an already pernicious system of immigration enforcement and deportation will be ramped up, and that the next four years could see profound struggle and suffering in immigrant communities across the country.

“Let me just take a breath,” Alexandra M. Goncalves-Pena, an immigration attorney in New Jersey, said before laying out the array of threats that Trump’s vision poses to any possibility of a humane U.S. approach to immigration.

The fate of DACA is certainly up in the air, Goncalves-Pena said. She and other organizations have advised those who have not yet applied for the program to hold off. Concerns over what the incoming administration might do with personal information volunteered by immigrants have swirled since the election, with New York City Mayor Bill de Blasio suggesting that immigrant data maintained by the city could potentially be deleted if a Trump White House came looking for it.

For Goncalves-Pena, the fact that the safety of immigrants’ personal data is even being questioned is particularly painful. “When the DACA program started, people were so scared to sign up,” she recalled. “People were terrified” at the thought of outing themselves as undocumented to the federal government. “We were, as advocates, just trying to be supportive and encourage people to apply,” she explained. “I feel, personally, like I let people down.”

With Trump coming in and filling senior positions with infamous anti-immigrant, right-wing, and white supremacist figures along the way, the mission of immigrant rights advocates should be one of organization and collaboration, Goncalves-Pena said, in hopes of ensuring that vulnerable communities are not let down again. “There will be a battle,” she said. “This will be difficult. That is all too clear. But what we need to start doing now as attorneys, as advocates, is having that conversation.”

Any success that immigration rights advocates might achieve in pushing back on Trump’s agenda will require access to information. So far, that’s been an uphill battle. Despite centering immigration in his campaign rhetoric, details on precisely how Trump intends to achieve his objectives have been limited. The president-elect’s official website lays out a “ten-point plan to restore integrity to our immigration system” but elaborates on none of the proposals.

As a candidate, Trump proposed deporting as many as 11 million people, banning Muslims from coming to the U.S., forcing Mexico to build a multibillion-dollar border wall, and tripling the number of ICE agents. While Trump has shifted on some of his past proposals in recent weeks, for example claiming that he will initially focus deportation efforts on individuals with criminal records — an estimated 2 to 3 million people by his erroneous count — the particulars of exactly what he is going to do remains opaque.

“That uncertainty itself is unjust,” said Manny Vargas, the senior counsel and founder of the Immigrant Defense Project. “People just don’t know what the future is going to be.”

What is clear, Vargas explained, is that Trump will have at his disposal a number of already broadly written laws that could be used to target immigrants who have come into contact with the criminal justice system. Drug offenses, no matter how minor, can be used to trigger deportations, Vargas said. “It doesn’t even have to be a crime under the law of the convicting jurisdiction,” he explained. “If it’s a violation of the law or regulation relating to a controlled substance, it can make you deportable.” But it goes beyond that, Vargas pointed out. So-called crimes involving moral turpitude, which can include offenses as minor as turnstile-jumping, can be leveraged to support deportation cases. In immigration cases, there’s no statute of limitations like there is in the criminal justice system, Vargas added. “The government can bring charges no matter how long ago the offense occurred, no matter what that person has done in his or her life since,” he said. “There’s also no ex post facto protection like there is in the criminal justice system, meaning that the agency feels that it can apply laws retroactively, even if the conduct at the time of the offense was not even a deportable offense.” Also, because immigration courts deal in civil, rather than criminal offenses, individuals have no guaranteed access to a lawyer.

“I think a lot of people don’t realize there aren’t these protections in the immigration system like there are in the criminal justice system,” Vargas said. “One has to keep all of this in mind when you hear the talk about deporting millions of folks with past criminal convictions. “

Despite the seemingly innumerable ways in which a determined prosecutor can argue for an individual’s deportation, Goncalves-Pena is quick to point out that immigrants have rights enshrined in the Constitution. “Due process does apply to immigrants,” she said. “That is where we attorneys that do this litigation day in and day out in immigration courts, as well as immigration advocates, we need to start thinking and having conversations together about the legal avenues to challenge certain policies, certain responses, certain attacks against our clients, on the communities that we love, in order to ensure that due process is respected.”

For Carlos, the delicate work of educating those deeply shaken communities goes on. “I’d like to say, ‘Oh, it’s fine, I’m not worried. I’m positive,’” he said. But the reality, he admitted, is that nobody knows what’s coming next. “We really don’t know how to prepare,” he said. “We feel like our hands are tied behind our backs.”

Top photo: Immigrant families and community members stand together during a press conference to speak about the Supreme Court oral arguments regarding the DACA/DAPA executive actions on April 13, 2016, in Miami, Florida.