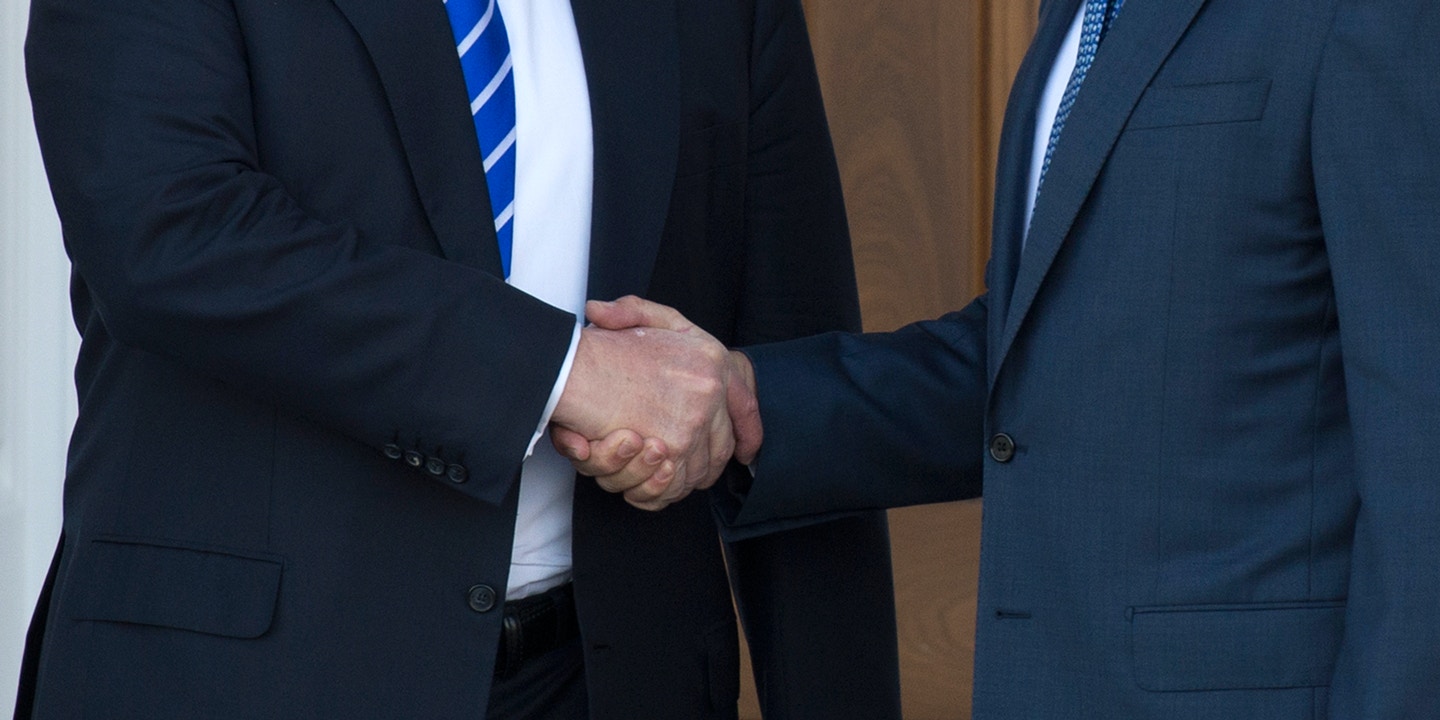 Donald Trump, implementing what one news outlet called a “tough lobbying ban“, swept several registered lobbyists out of his transition team last week —  only to replace them on Monday with new officials heavily involved with lobbying for the same industry interests.

The rules prompted three Trump transition officials to depart on Friday: Michael Torrey, Michael Catanzaro and Mike McKenna, all of whom are registered lobbyists.

Torrey was set to handle the handoff at the Department of Agriculture, which manages the school lunch program and other food programs such as SNAP, but he currently counts a number of junk food companies as clients, including the American Beverage Association, which represents soda companies like PepsiCo and Coca-Cola, as well as Dean Foods.

Torrey’s replacement, announced on Monday, is Joel Leftwich, a congressional staffer who just last year worked as a senior lobbyist for PepsiCo, which not only makes soda products, but is also the maker of brands like Cheetos, Doritos, and Frito-Lay. Leftwich previously helped his firm weaken nutritional standards from the agency he will now help shape.

Leftwich earned $354,041 from PepsiCo as the company’s senior lobbyist, according to his ethics disclosure, but left his lobbying position in 2015, qualifying him for a seat on the Trump transition this year.

Michael Catanzaro, who was set to oversee the transition at the Department of Energy, is a registered lobbyist for fossil fuel giant Koch Industries.

Catanzaro’s departure on Friday made way for Thomas Pyle as his replacement.

Pyle is currently the president of the Institute for Energy Research, a think tank founded directly by Charles Koch, the chief executive of Koch Industries, and also funded by Koch-backed nonprofits. IER broadly supports more drilling and mining of fossil fuels, and regularly criticizes climate change scientists for daring to call for controls on pollution. Before joining IER, Pyle worked as a registered lobbyist for Koch Industries and served as the Koch Industries Director of Federal Affairs, a lobbying job, from 2001 through 2005.

Some may simply deregister and continue to go about their lobbying careers, a phenomenon that has accelerated since President Barack Obama implemented his own prohibitions on lobbyists in his administration.

Take, for example, Rebecca Rosen, a lobbyist with Devon Energy, a drilling company heavily involved in fracking, who is also advising the transition on energy issues. E&E News reported that Rosen deregistered as a lobbyist last week, suggesting “she intends to continue to work for the transition.” She may even continue her role in Devon’s government affairs team, which deals with lobbying.

For others agents of influence who never decided to register in the first place, the Trump ethics rules are an irrelevance.

Mike Dougherty, a former Bush administration official, is helping with the Trump transition team effort at the Department of Homeland Security. Dougherty is the current president of the Secure Identity & Biometrics Association, a trade group that lobbies on behalf of private contractors for equipment used for screening at airports, border crossings, and other security-related venues. The group boasts on its website of influencing the agencies and congressional affairs, but Dougherty is not a registered lobbyist, making him perfectly acceptable for the Trump transition.