A Rumor Put Kirstin Lobato in Prison for Murder. Now She’ll Get a New Hearing.

Kirstin Lobato was convicted of a grisly murder on the basis of a rumor she had cut off a man’s penis in Las Vegas. Nevada’s Supreme Court wasn’t convinced. 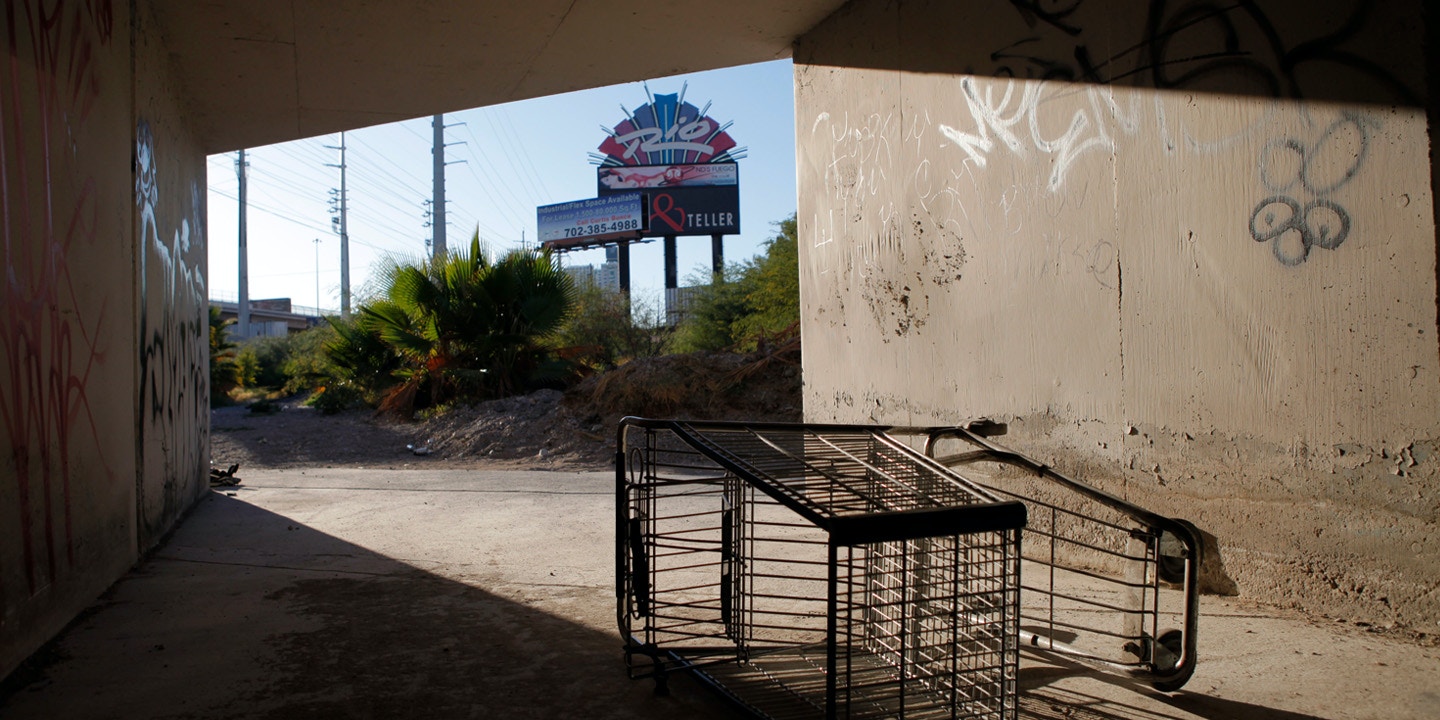 The Nevada Supreme Court ruled last week that a lower court must reconsider the case of Kirstin Blaise Lobato, who was convicted of murdering a homeless man in Las Vegas and amputating his penis. The high court’s unanimous decision could finally help Lobato prove once and for all that she was wrongfully convicted of the grisly crime. 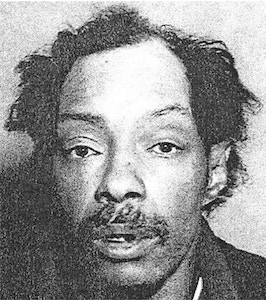 The ruling comes more than 10 years after Lobato was convicted of the murder of 44-year-old Duran Bailey, whose body was found around 10 p.m. on July 8, 2001, under a pile of trash near a dumpster just west of the city’s famed Strip. Bailey had been brutalized: In addition to the amputation, his eyes were blackened and bloody, at least six of his teeth were knocked out and scattered nearby, and his carotid artery was slashed, among other injuries.

The crime scene was ripe with physical evidence, yet none of it linked Lobato, who did not know Bailey, to the bloody crime. In fact, Lobato had a strong alibi, since she could show she was nearly three hours northeast of Las Vegas in her hometown, the small Mormon outpost of Panaca near the Utah border, on the day Bailey was murdered. The state conceded that Lobato was in Panaca most of the day on July 8, but argued that she killed Bailey sometime before dawn (or possibly the day before) before fleeing to her parents’ home.

The state’s theory of the crime is convoluted at best. An investigation of the case by The Intercept revealed last year that the case was built on a shoddy and incomplete police investigation that overlooked evidence strongly suggesting another suspect was responsible. Instead, the state’s case was based almost entirely upon a rumor police heard that Lobato had admitted to severing a man’s penis in Las Vegas.

Lobato confirmed to police that she had thwarted an attempted sexual assault by slashing at her attacker’s groin, but the attack she described happened the previous May, she told them, and on the opposite side of the city. She had not reported the attack to police when it occurred, and detectives did not bother to make even a cursory inquiry into whether her story was true. Instead, they simply concluded she was lying. The Clark County district attorney’s office twice tried Lobato for Bailey’s murder, the second time after the Nevada Supreme Court overturned Lobato’s original 2002 conviction.

The Intercept’s investigation uncovered new information that could prove valuable in the upcoming but as yet unscheduled evidentiary hearing ordered by the state’s high court.

At issue in part is a claim that Lobato’s defense lawyers were deficient for failing to call as a witness a forensic entomologist or a forensic pathologist to effectively challenge the state’s narrative regarding Bailey’s time of death. Because the state conceded that Lobato was in Panaca starting in the late morning of July 8, they needed Bailey’s time of death to be early enough that Lobato could plausibly commit the brutal crime and still have time to get home and cleaned up before being seen by neighbors.

The only person called to testify regarding this issue was Clark County medical examiner Lary Simms. Over three turns as a witness — at a pretrial hearing and again at each of Lobato’s two trials — Simms’s time-of-death estimation appeared to be conveniently fluid, expanding slightly but significantly to allow the state to argue that Lobato was responsible for Bailey’s demise.

In response to requests for an explanation for these varied estimates, Simms wrote that his “first and shortest estimation, which, as I recall would have excluded possible contact with Ms. Lobato, was my best estimation and the most probable.”

Now the Nevada Supreme Court has agreed that Lobato’s claim that her defense was negligent for failing to call expert witnesses to testify regarding Bailey’s time of death should be fully vetted by the district court.

Several entomologists have already weighed in on the case, agreeing that the absence of fly or other insect activity at the crime scene strongly suggests that Bailey was actually killed around sunset, or shortly thereafter on July 8, hours after Lobato was back in Panaca. “If he’d been there during the day — if he’d been dead since morning, mid-afternoon, or even an hour before sunset — the flies would have found him,” entomologist Linda-Lou O’Connor, one of three entomologists who provided affidavits for Lobato’s appeal, told The Intercept in 2014. “There’s no doubt in my mind; they would’ve found him. That’s their specialty: finding decomposing remains.”

Simms, the state’s witness, told The Intercept that he hadn’t “critically analyzed” any entomology evidence. If that evidence was accurate, he said, then he would agree with the experts that Bailey had died even later in the day — which means the state’s own expert witness agrees that Lobato could not have killed Bailey.

The Strange Status of Innocence Claims 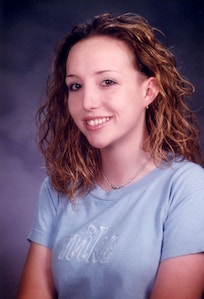 Critically, the Nevada Supreme Court has also asked that the district court review Lobato’s claims that she is actually innocent of the murder — a request that could impact not only Lobato, but countless other defendants who argue that they were wrongfully convicted.

In the type of appeal Lobato filed — a writ of habeas corpus — claims for relief generally must be based on constitutional defects —“claims that the conviction was obtained, or that the sentence was imposed, in violation of the Constitution of the United States or the Constitution or laws of this State,” as the court wrote in its ruling.

But there is no constitutional right to be freed if one is wrongly convicted (though there are due process and other constitutional arguments to be made). So when a defendant like Lobato raises claims based on evidence of innocence, but without identifying a constitutional violation, the courts are often flummoxed — in Nevada and elsewhere. A habeas petition “is only designed for constitutional claims,” said Stephen Jackson, who knew Lobato while growing up in Nevada and is now a defense attorney in Washington state. A so-called freestanding claim of actual innocence “confuses the court a little bit.”

In its opinion, the Nevada Supreme Court notes that it has not yet decided whether a freestanding innocence claim is recognizable in a writ, and if so, what standard of evidence should be applied when considering it. So in its unanimous ruling, the court has decided to send 25 of Lobato’s freestanding claims back to the district court for further vetting. And that, Jackson said, is “very significant” — it not only signals the court’s interest in the claims, but also in tackling the larger issue of how they should be treated by the court. “And it is significant beyond this single case,” he said, because it could provide a road map for other similarly situated defendants to have their freestanding claims of wrongful conviction meaningfully reviewed. In other words, what the courts do with Lobato’s case could set a powerful precedent.

And that in turn will require Lobato to have a skilled attorney to handle the hearing, said her biggest supporter, Michelle Ravell, who has been advocating on Lobato’s behalf for a decade. But at present Lobato does not have an attorney — or the funds to retain one, and the lawyer who represented her pro bono isn’t able to take the case further.

“That’s part of the worry and the confusion right now,” Ravell wrote in an email. “The issue of actual innocence is possibly a precedent setter and needs the right person arguing it.”

Top photo: A shopping cart in a storm tunnel near the Strip in Las Vegas.