As Kansas’ secretary of state, Kris Kobach has pioneered the use of election fraud investigations to curtail access to the ballot box. Now he’s advising Trump. 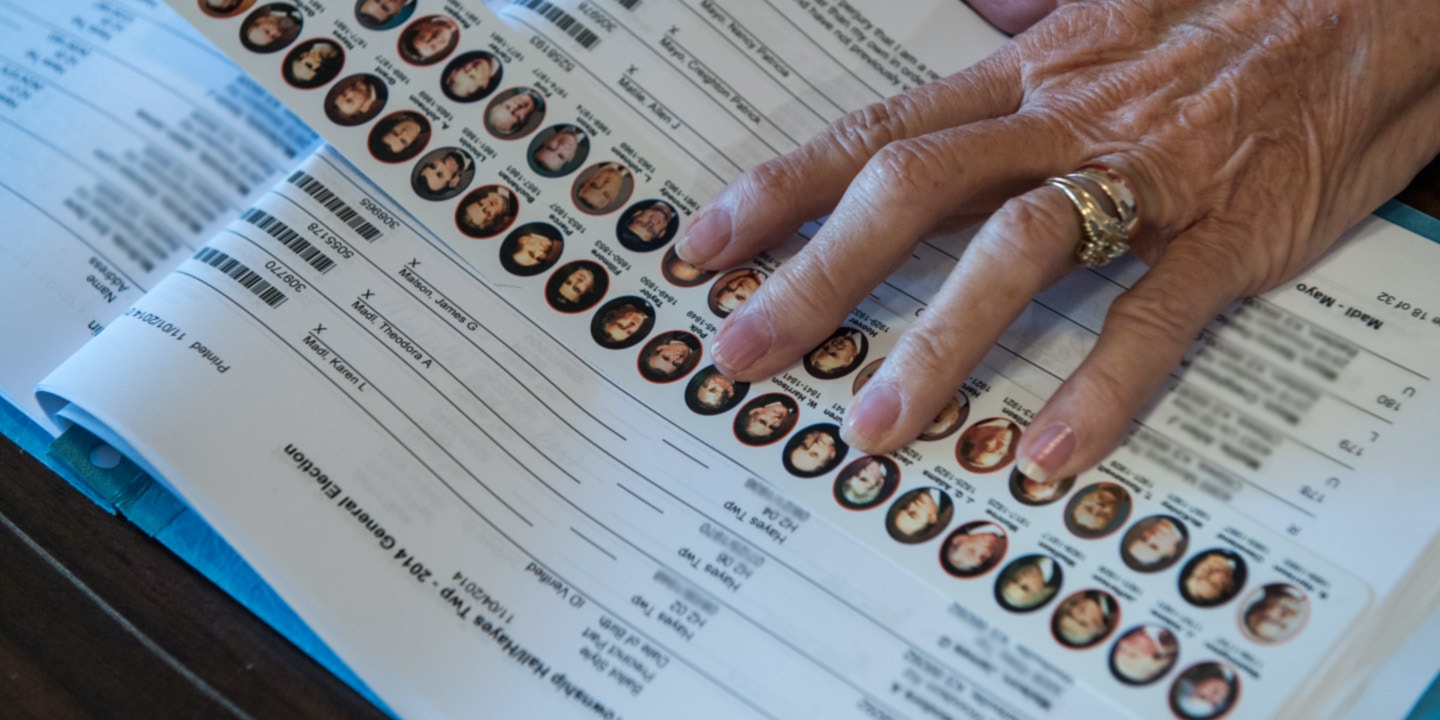 Over Thanksgiving weekend, Donald Trump falsely claimed that millions of people had voted illegally in this year’s general election. Without a credible source to cite, Trump’s assertion set off fears that the incoming administration was laying a foundation of disinformation ahead of a potentially unprecedented push to restrict voting access across the country. After being asked to back up his claim, Trump berated journalists for being unable to prove the negative that millions of illegal votes hadn’t been cast this year — a rhetorical tactic often deployed by conspiracy theorists.

The source of Trump’s claim was apparently his immigration adviser, Kris Kobach, who on November 20 was photographed holding a “strategic plan” that appeared to call for the deportation of “a record number of criminal aliens.” Kobach quickly endorsed Trump’s claim of mass illegal voting.

As Kansas’s two-term secretary of state, Kobach himself has been a pioneer of raising the specter of voter fraud to curtail access to the ballot box. Since he is likely under consideration for some form of leadership in the Trump administration, Kansas may serve as a guide for the sort of experiments in voting restrictions the incoming administration could pursue. 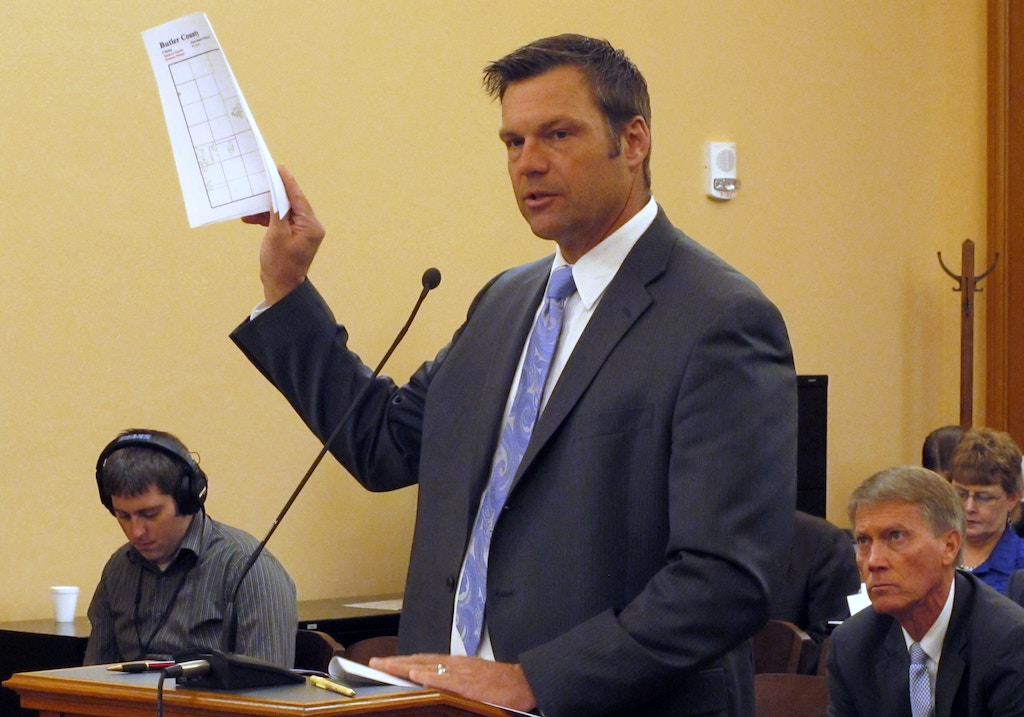 Kansas Secretary of State Kris Kobach testifies during a meeting of a legislative study committee on election issues, Nov. 21, 2014, at the statehouse in Topeka, Kansas.

In 2011, citing the need to prevent voter fraud, Kobach succeeded in pushing through legislation that requires residents to produce documents such as birth certificates to prove their citizenship before registering to vote. Voting rights attorneys argued the restriction, which went into effect in 2013, amounted to voter suppression because it disproportionately affected minorities. In September, after a federal court blocked the requirement, Kobach was on the verge of being held in contempt of court for failing to comply with a separate court order requiring that he allow thousands of eligible voters who lacked such forms of identification to cast regular ballots.

In July 2015, Kobach pulled off something of a coup by using claims of widespread voter fraud to convince the Kansas legislature to grant him prosecutorial powers. Kobach’s unprecedented move alarmed voting rights advocates, who for years had been fighting his previous attempts to restrict voting.

Yet when Kobach’s theory of mass illegal voting was finally put to the test, it came up spectacularly short.

The few cases Kobach has announced focus more on minor — and possibly unintentional — breaches of voting rules, far from the flagrant electoral manipulation he has publicly obsessed over.

Today, a year and a half after the Kansas legislature gave Kobach free rein to pursue his legions of illegal voters, he has announced a mere half-dozen prosecutions related to voting, according to the Brennan Center for Justice, largely against elderly voters — and none involving voting by non-citizens.

Only four of Kobach’s six cases have been successful.

Last April, Kobach dropped all charges against a 61-year-old woman just days before the state was scheduled to bring her to trial. In December 2015, her husband, a Vietnam veteran named Steven Gaedtke, pleaded guilty to one misdemeanor count after Kobach’s office dismissed two other charges against him.

“He’s an otherwise law-abiding citizen who made a mistake,” said Gaedtke’s attorney, Scott Gyllenborg. The couple had apparently voted in both Arkansas and Kansas in 2010, but because it was not a presidential year, neither had cast multiple votes for any one candidate. In May, Kobach dropped two serious felony charges against a 77-year-old man in exchange for guilty pleas to two lesser voting-related misdemeanors.

In short, Kobach’s vaunted voter fraud amounts to no more than “American citizens with homes in two states voting in both states,” said Mark Johnson, a lecturer at the University of Kansas School of Law who has litigated voting rights cases against Kobach. Johnson said that Kobach’s adversarial approach to voting simply added to Kansans’ overall feeling of uneasiness with the electoral process.

“In the 17 months that the secretary has had that prosecutorial power,” said Johnson, “he hasn’t brought a single case of voter impersonation or alien registration or voting.”

Top photo: Election Clerk Marilin Malson marks the spot for a voter signature with a presidential ruler on Nov. 4, 2014, in Hayes Township, Kansas.