Intelligence chief James Clapper this week published a new training curriculum about whistleblower rights for all federal employees and contractors with access to classified information. 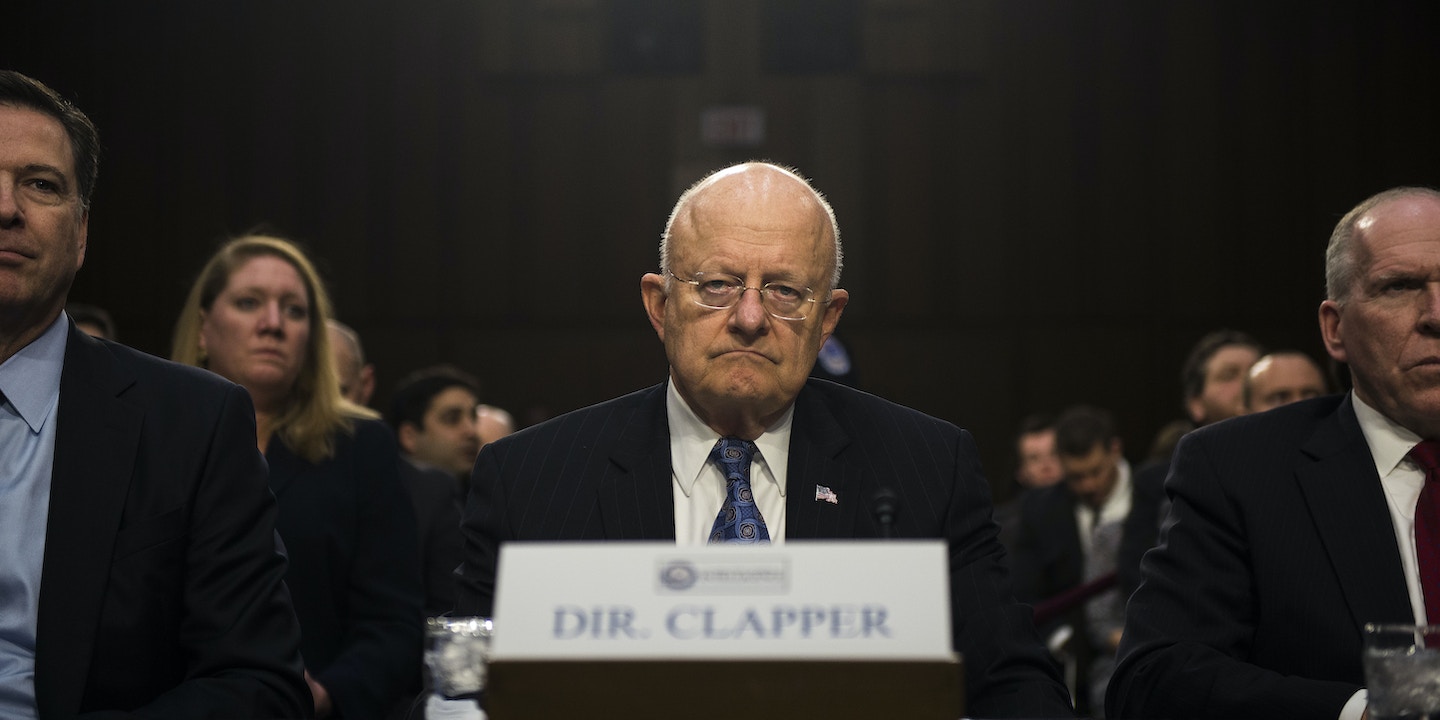 Intelligence chief James Clapper this week published a new training curriculum on whistleblower rights for all federal employees and contractors with access to classified information, even as critics point out that effective recourse for reporting problems remains limited.

The four-part course fulfills a promise Clapper made in the fall of 2015 and is designed to train all government employees, from analysts in intelligence agencies to Postal Office workers, in reporting “illegality, waste, fraud, and abuse while protecting classified national security information,” according to a blog post shared on the intelligence community’s Tumblr page, IC On The Record.

As the director of national intelligence, Clapper has been credited with increasing transparency by disseminating information including about whistleblower rights, yet those rights remain severely limited.

“The guidance is not bad, but falls victim to the typical problem institutions have protecting whistleblowers: agencies like whistleblowers in theory, but when a specific instance of fraud, waste, mismanagement, abuse of power or dangerous behavior is challenged, the IC has proven time and again that it is unable and unwilling to police itself,” Jesselyn Radack, the national security and human rights director at whistleblower protection nonprofit ExposeFacts, wrote in an email to The Intercept.

Radack’s clients include former NSA contractor Edward Snowden and former NSA official Thomas Drake. Snowden chose to release information about the NSA’s global surveillance regime to journalists out of concern that pursuing internal complaints would be ineffective. After his passport was revoked, he sought asylum in Russia where he remains today. Drake attempted to seek out official channels to alert the government to what he believed to be illegal mismanagement and waste within the NSA — inside the intelligence community and then in Congress. After contacting a journalist, he was indicted under the Espionage Act, and spent months battling the charges, which were ultimately dropped. He pled guilty to a misdemeanor, and his intelligence career was ended.

“The problem is not training,” Drake wrote in an email to The Intercept. “Blowing the whistle too often threatens one’s ability to hold a clearance (a condition of continuing employment in the national security arena), raises trust issues, jeopardizes one’s job and pension, or far worse.”

He described Clapper’s initiative as “lots of nice sounding boilerplate” language with little formal weight, leaving “it up to the individual agencies to implement.”

For years, intelligence community whistleblowers have been hobbled by ineffective, weak protections. When they attempt to raise complaints, whether about the behavior of coworkers, fraud, or illegal conduct, they’ve faced years in court trying to get their security clearances back, or have their names cleared. “Nothing in the guidance changes that dynamic,” Raddack wrote.

Pen America, a nonprofit devoted to free expression and protecting journalists, published a 40-page study in November 2015 on the overwhelming culture of secrecy in the national security sphere, which prevents protected disclosures.

Intelligence community employees have few options for recourse when they are fired or retaliated against, and can only launch internal complaints under very specific conditions, like violations of federal law or gross waste of funds. Disclosures to the public are entirely unprotected, and the government has sought to prosecute leakers under the Espionage Act — preventing them from raising a public interest defense.

Contractors — who form a large chunk of the intelligence community workforce — are the most vulnerable. What little protections they had were unceremoniously stripped away by Congress in 2013.

These new whistleblower classes “probably won’t bring a real cultural change in and of themselves,” Bradley Moss, national security attorney with experience representing intelligence community whistleblowers, wrote to The Intercept. “How much will people really pay attention to them? Unclear. How much will senior management consider them when making decisions? Unclear.”

“It will require real legislative change, with real, substantive right to judicial review, for the culture to truly change,” he continued. “And even then, it will take time.”

Michael German, a former FBI agent and fellow at the Brennan Center for Justice, said he appreciated the decision to release the training guidance, but he agrees it will take more than classes to change the way the intelligence community treats its whistleblowers. “We need both stronger leadership and stronger laws to make sure the workforce that protects us is protected when they report wrongdoing,” he wrote in an email.

In the meantime, the House this week passed a small amendment to bolster the FBI’s dismal whistleblower protections. Moss, the national security attorney, suggests the change is “small but welcome,” offering FBI employees more opportunity to approach administrative judges to seek redress against retaliation.

“It does not appear to apply to contractors,” he wrote, “which is unfortunate, but sometimes Congress will only move in baby steps.”