Wells Fargo is facing mountains of regulatory troubles. But Donald Trump owes it a lot of money. 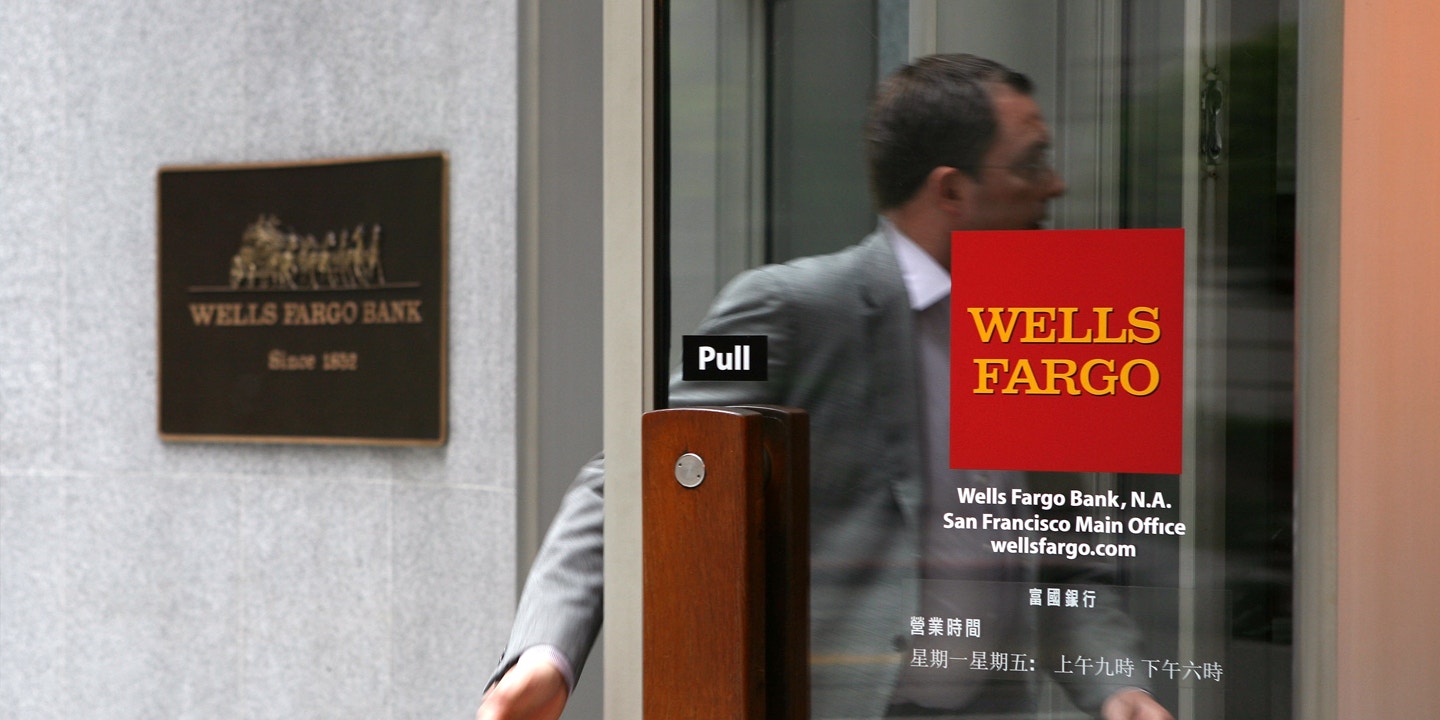 The embattled Wells Fargo Bank, famously accused of signing up its customers to multiple accounts without their knowledge, was discovered last week to be doing the same thing with a life insurance product sold in their branches by Prudential. This could prove even more damaging than the original fake account scandal, as bankers are not allowed to sell insurance, much less secretly sign people up for it.

Then on Tuesday, the bank was suspended from doing any work for the city of San Francisco, its home town. Plus, Wells was the only U.S. bank to have their “living will” — a government-mandated roadmap for how to dismantle the firm in the event of a failure — rejected by federal regulators. This is the third time since 2014 Wells Fargo had its living will denied as not credible, and for the first time, that will lead to sanctions: The Federal Deposit Insurance Corporation and the Federal Reserve announced they will prohibit Wells Fargo from establishing any international subsidiaries or purchasing any nonbank companies.

The company has until March 31 to re-submit a credible living will. If that doesn’t pass muster, the bank could be forced to sell off business lines, essentially breaking itself up.

But there’s a bright side to all of this for Wells Fargo, and his name is Donald Trump.

By that March 31 deadline, Trump will have been in office for two months. And while the Federal Reserve and the FDIC are independent agencies, Trump will certainly have an incentive to get them to call the dogs off the troubled bank.

You see, Trump owes Wells Fargo a lot of money.

Wells Fargo owns the mortgage on Trump Tower, the retail/residential condo where luminaries have been summoned since the election to kiss the ring of the president-elect. Trump lives and works at Trump Tower, which has an appraised value of $480 million, according to a Wells Fargo securitization document filed with the SEC. Trump is listed as the sponsor of the 10-year mortgage loan on the building, refinanced in 2012 for $100 million. While the borrower is listed as “Trump Tower Commercial LLC,” it’s made clear that “The borrower is indirectly owned 100% by Donald J. Trump.”

The loan is interest-only for 10 years, with a balloon payment due at the maturity date in September 2022. That payment can be rolled over into a new loan, a typical arrangement for a commercial property.

According to a report from the New York Times in August, Trump owes Wells Fargo a total of $410 million, a figure that includes other Trump-owned properties that have debt attached. Wells Fargo is also an underwriter to Ladder Capital, another major lender to Trump.

Trump’s election has been seen as a boon to Wells Fargo, pushing its troubles off the front page. The continued Republican leadership of the Senate could prevent additional hearings into Wells Fargo’s practices, and the company’s main federal antagonist, the Consumer Financial Protection Bureau, is in line to be neutered in a Trump administration; Republicans are planning to put CFPB’s budget under Congressional appropriations control, which could limit their resources.

In addition, incoming Transportation Secretary Elaine Chao, the wife of Senate Majority Leader Mitch McConnell, has sat on the Wells Fargo board since 2011, earning $1.2 million. She plans to step down after her Senate confirmation to the Trump cabinet.

Trump’s personal involvement with Wells Fargo adds a clear conflict of interest. In the case of the living wills, Trump will have the opportunity to add at least two board members to the Federal Reserve, one of the two agencies governing the process.

FDIC Chair Martin Gruenberg’s term expires in November 2017; another seat on the five-member board of directors is vacant. Trump will also be able to replace Thomas Curry, the comptroller of the United States who has a seat on the board, when his term expires in March. A fourth seat is held by the director of the CFPB, Richard Cordray, and he could be fired by Trump, depending on the outcome of a lawsuit that would change CFPB’s internal process rules.

So Trump could remake the two agencies currently sanctioning Wells Fargo, leading them to reverse the sanctions and allow the company’s living wills to move forward. And he could cripple the agency that looks out for consumers at a time when Wells Fargo has been ripping them off. And since Trump owes the recipient of these potential favors $410 million, it would be hard to see them as anything but a payoff.

These conflicts are among the reasons why five Democratic senators introduced a bill Thursday to require Trump and his family to divest of all his holdings that might present ethical problems and place them in a blind trust. The bill would also assert that any violations of conflict of interest laws would constitute “a high crime or misdemeanor under the impeachment clause of the U.S. Constitution.”