“Code of Silence” Revisited: An Update on the Watts Investigation 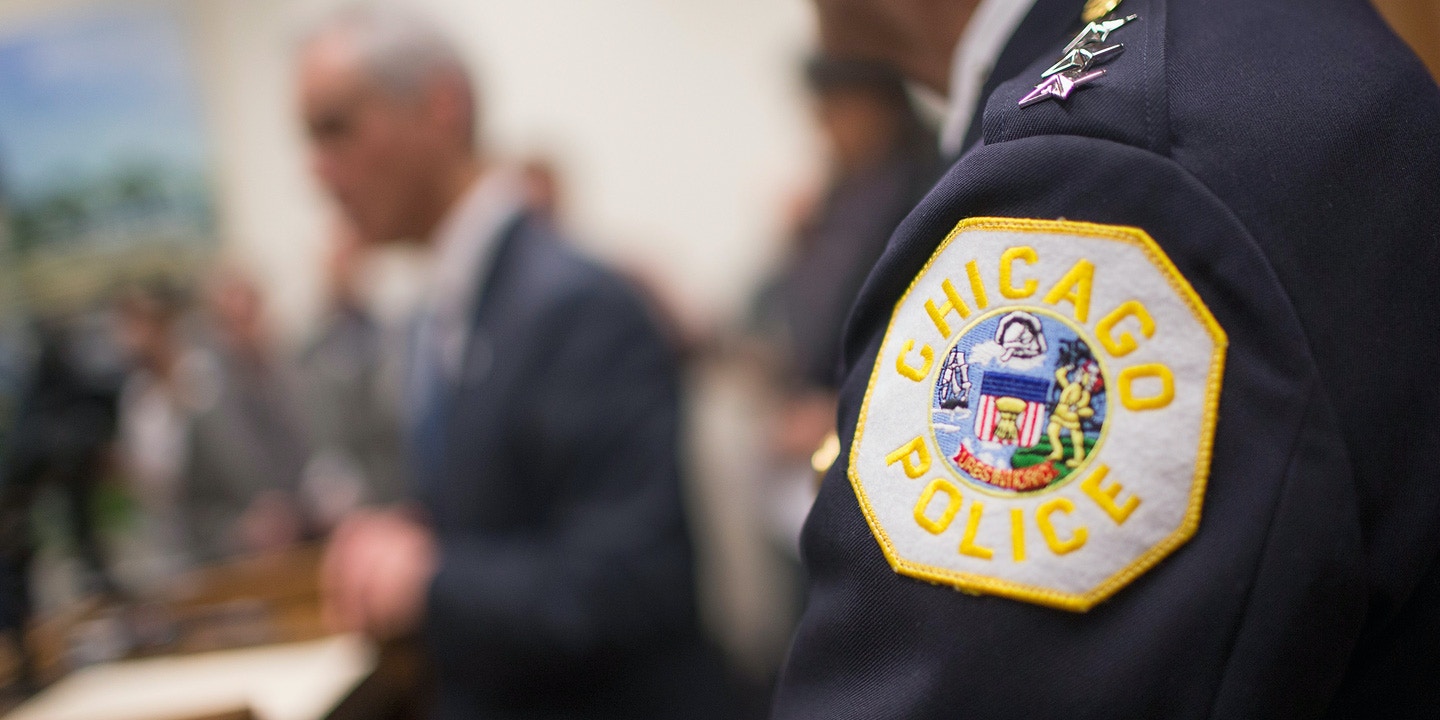 On October 6, The Intercept published “Code of Silence,” a four-part investigation of a far-reaching criminal enterprise within the Chicago Police Department. For more than a decade, a team of gang tactical officers led by Sgt. Ronald Watts were major players in the drug trade radiating out from public housing developments on Chicago’s South Side. In exchange for a “tax,” Watts and his gang protected drug dealers from interference by law enforcement, targeted their competition, and fed the drugs they seized to dealers aligned with them. In pursuit of their criminal ends, they routinely framed those who did not cooperate by planting drugs on them and are rumored to have had a hand in the murders of two drug dealers who defied them.

Over the course of Watts’s career, he and his team were investigated by multiple agencies — CPD’s Internal Affairs, the FBI, the Drug Enforcement Agency, and the States Attorney’s Office. For several years, two Chicago police officers, Shannon Spalding and Danny Echeverria, participated in a joint FBI-Internal Affairs investigation, which they claim was ultimately derailed by senior CPD officials. Among other things, they allege that deputy superintendent Ernest Brown, long rumored to be an ally and protector of Watts, made it known within the department that they were engaged in an internal investigation, prompting other CPD brass to order officers under their commands to retaliate against them as “Internal Affairs rats.”

In the end, Watts and his partner Kallatt Mohammed were caught in an FBI-IAD sting and charged with a single count of stealing government property (the bait used in the sting). They pleaded guilty and received sentences — 18 months and 22 months respectively — that represented a small fraction of the time served by some of those they falsely arrested.

At the end of the article, I posed a series of open questions about the scope of the criminal activities of Watts and his co-conspirators, the fate of their many victims, and the operation of the code of silence at the highest levels of the CPD. Several recent developments since the publication of “Code of Silence” give reason to hope some of those questions will receive definitive answers.

On October 31, the Finance Committee of the Chicago City Council approved settlement of a whistleblower suit brought by Spalding and Echeverria. The $2 million settlement was presented by First Deputy Corporation Counsel Jenny Notz. When it was first announced on May 31 that the parties had agreed to settle, there was widespread speculation that the city was seeking to head off the possibility Mayor Rahm Emanuel would be compelled to testify about his statement, in the wake of the Laquan McDonald implosion, that a code of silence exists with the CPD. In her presentation to the committee, however, Notz did not mention the mayor. Rather, she said the city had decided to settle the case because recent developments had damaged the credibility of two high-ranking police officials, one of them a defendant and the other “a key CPD witness.”

The defendant, Notz told the aldermen, had “resigned in December of 2015 before the police department initiated disciplinary proceedings against him” for falsifying evidence in another case. Although she did not name him, this was a reference to Joseph Salemme, formerly commander of the fugitive apprehension unit, who at the time of his retirement had been promoted to chief of detectives by former superintendent Garry McCarthy.

Salemme resigned after the inspector general of Chicago recommended he be disciplined for his role in investigating a homicide committed by a nephew of Mayor Richard M. Daley. He had been among the authors of a report recommending the case be closed without any charges that relied heavily on a fabricated witness statement.

Notz then turned to the witness, “who would have rebutted some of the plaintiffs’ most serious allegations relating to their experiences in the narcotics unit,” had he not been indicted on perjury charges in one case and “falsified another officer’s CPD records in another.” The officer’s name is James Padar. According to Spalding and Echeverria, it was Padar who first informed them that commander O’Grady had instructed officers under his command, “You are not to work with those IAD rats.” In March, interim superintendent John Escalante recommended that Padar be terminated. (On December 7, a judge found Padar not guilty on the perjury charge.)

A settlement is not an admission of liability. Yet it can provide a window on the strengths and weaknesses of the arguments the parties would have presented, had the case gone to trial. In this instance, the city would have been in the unenviable position of seeking to counter claims regarding the operation of the code of silence in the Spalding-Echeverria case with testimony by officers found to have falsified official reports in other cases.

After listening to Notz describe the vulnerabilities in the city’s case, Alderman Edward Burke, chairman of the committee and a staunch political ally of the CPD, had a question. “Why are they settling for only $2 million,” he asked, “if they had the potential to hit it out of the park?”

A Plan to Review Wrongful Convictions

On November 29, represented by Joshua Tepfer of the Exoneration Project, I filed a petition requesting that the chief of the Cook County criminal court appoint a special master to identify valid claims of wrongful conviction arising from false arrests by Watts and his team.  On December 6, we reached agreement in principle with the States Attorney’s Office about this strategy. We will meet in early January to work out the details and will present our plan to the court on January 18. The city has said it will not oppose the petition.

Appointment of a special master is a rarely used legal mechanism. A notable instance of its use in Cook County was the appointment of a special master to identify valid claims of police torture by commander Jon Burge and officers under his command. Unlike a special prosecutor, the argument for a special master does not hinge on showing the prosecutor has a conflict of interest. (In this case, both the outgoing and incoming states attorneys have been responsive to concerns about wrongful convictions due to Watts and his team.) Rather, it is a means of increasing the capacity of prosecutors to review the hundreds of cases in which individuals may have been framed by Watts and members of his team.

The need for such a systematic review was dramatized on December 14 when the States Attorney agreed to vacate the conviction of Lionel White. Convicted on a drug charge in 2006, White served a five-year sentence. From the start, he contended that he was framed by Watts and members of his team. In an affidavit, he states that Watts warned him not to deal drugs in the building at Ida B. Wells where a drug dealer allied with Watts operated. Several weeks later, Watts and a member of his team, Alvin Jones, came to White’s apartment. Jones severely beat him, White alleges, then they planted drugs on him. He further alleges that other members of Watts’s team, none of whom were present, falsified arrest reports.

The overturning of White’s conviction follows the exoneration of Ben Baker and his wife Clarissa Glenn earlier this year. After serving 10 years of a 14-year sentence, Baker persuaded the prosecutors who charged him and the judge who sentenced him that he had in fact been framed by Watts and his team.

As in the case of Lionel White, Alvin Jones played a central role in the false arrests of Baker and Glenn, while other team members falsified arrests reports. Those officers remain on the force, and Jones has been promoted to sergeant. A widening investigation of false arrest claims will confront the States Attorney and the CPD with questions of whether criminal prosecution and/or administrative sanctions are warranted in the cases of these officers, and if so, how it is they have evaded discipline for so long.

At least one officer associated with Watts has suffered repercussions since our investigation was published. Shortly after the “Code of Silence” appeared, Ernest Brown’s employment as executive director of the Cook County Department of Homeland Security and Emergency Management came to an abrupt end. Brown had been commander of the public housing unit from 2000 to 2002. At the time of his retirement from the CPD in 2011, he had risen to deputy superintendent under Garry McCarthy. County officials have declined comment about the circumstances that led to Brown’s departure.

These developments occur at a moment of uncertainty about the future course of police reform in Chicago. The Department of Justice investigation into systemic constitutional violations by the CPD, launched last December, had been expected to yield a template for reform embodied in a federal consent decree. That expectation has now been upended by the election of Donald Trump. Sources close to the investigation say the civil rights division will issue its findings early in the new year but that it’s highly unlikely there will be any subsequent negotiation of a consent decree.

At the same time, the administration of Mayor Rahm Emanuel increasingly appears becalmed. A year ago, in the aftermath of release of the Laquan McDonald video, Emanuel gave an impassioned speech to the city council in which he vowed to dedicate his administration to the goal of restoring community trust in the police.

A police accountability task force appointed by the mayor produced a report in April that exceeded expectations in its diagnosis of foundational racism in the CPD. While some of the task force’s recommendations have been implemented — notably, enactment of an ordinance to replace the Independent Police Review Authority with a more robust and credible investigative agency to be named the Civilian Office of Police Accountability (COPA) — many have not. And having enacted COPA, the administration appears to have lost momentum.

Against this background, vigorous official investigation of the criminal careers of Watts and his co-conspirators has implications not only for their many victims but also for the prospects of meaningful police reform in Chicago. In addition to the States Attorney’s Office, supplemented by the appointment of a special master, it’s possible that the Office of Chicago Inspector General Joseph Ferguson will initiate its own inquiry. Although there has been no official announcement, sources have indicated that they have provided information to the IG about the matter. Also, on December 22, a CPD spokesperson stated that the general counsel of the department is reviewing “some of the allegations” in the cases of convictions recently overturned due to false arrests by Watts and his team.

Sustained investigation on multiple fronts into Watts’s criminal enterprise and the institutional dynamics that enabled it has the potential to deepen our understanding of the operation of the code of silence — a problem, to quote Mayor Emanuel, “at the very heart of the policing profession.” Such diagnostic clarity is imperative, if the reform process is to run true.