Two senators threatening to cut embassy security spending were among those who attacked the Obama administration for failing to properly secure the U.S. consulate in Benghazi, Libya. 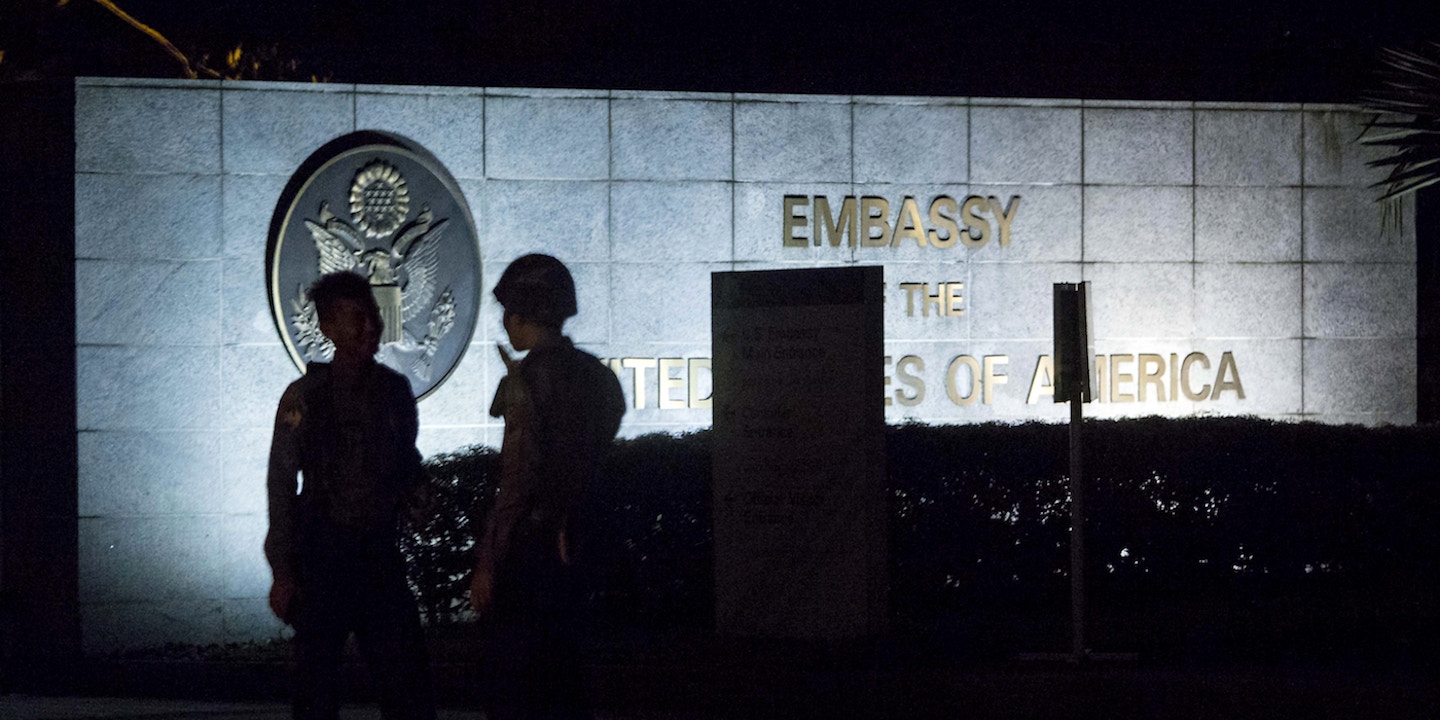 A trio of GOP senators have introduced legislation that would cut security, construction, and maintenance funds for U.S. embassies around the world in half until the president moves the American embassy in Israel to Jerusalem.

In 1995, Congress passed a law requiring the federal government to move the U.S. embassy from Tel Aviv to Jerusalem. Bill Clinton, George W. Bush, and Barack Obama all campaigned on relocating the embassy and executing this law. But once in office, every one of them invoked a waiver in the law that allows them to hold off on the move if they deem it necessary to the national security interests of the United States to do so.

Moving the U.S. embassy to Jerusalem would be seen as a green light to some Israeli government officials, such as Prime Minister Benjamin Netanyahu, who seek to make Jerusalem the undivided capital of the state of Israel. That, in turn, would preclude the Palestinians from establishing a state that includes East Jerusalem. Most international observers believe that this would render the two-state solution impossible and thus be damaging to peace.

The pattern has been for candidates to campaign on the pledge, which is strongly sought by pro-Israel activists who are influential during election season, but drop it once they reach the Oval Office. While campaigning for president, Donald Trump initially wouldn’t commit to moving the embassy — but by the end of the campaign cycle placed himself fully behind the relocation to Jerusalem.

Because history suggests he might change his mind, Florida Sen. Marco Rubio, Texas Sen. Ted Cruz, and Nevada Sen. Dean Heller introduced the new legislation, which would include real — and dangerous — consequences for U.S. diplomatic staff if Trump refuses to quickly relocate the embassy. The bill would immediately cut in half funding for embassy security, construction, and maintenance until the relocation occurs. In fiscal years 2018 and 2019, it would cut off all security, construction, and maintenance funding worldwide except for the embassy in Tel Aviv until it is relocated.

Ironically, Cruz and Rubio loudly attacked the Obama administration for failing to properly secure the U.S. consulate in Benghazi, Libya, where four Americans including U.S. Ambassador Chris Stevens were slain in a terrorist attack on September 11, 2012.

Eight months after the attack, Cruz wrote in the National Review: “Our brave men and women who continue to put their lives on the line every day in similar, dangerous situations deserve to know we are doing everything possible not only to protect them in the event of a terrorist attack, but also to deter these attacks from happening again. Better late than never.”

In the summer of 2016, Rubio lamented in a Breitbart post that “leadership was sadly lacking in this case and resulted in disaster” and called on the government to properly secure diplomats in the future.

“It is my hope that this report serves as a reminder of the importance of allocating the appropriate resources to keep all Americans safe, both at home and around the world,” he wrote. “Congress and the Executive Branch need to work together to do everything possible to make sure something like this does not happen again.”

Top photo: Police officers outside the U.S. embassy in Yangon, Myanmar, in July 2016.