Former Indiana Sen. Dan Coats has a record that will likely draw criticism from civil liberties groups as Congress debates his nomination to succeed James Clapper as director of national intelligence. 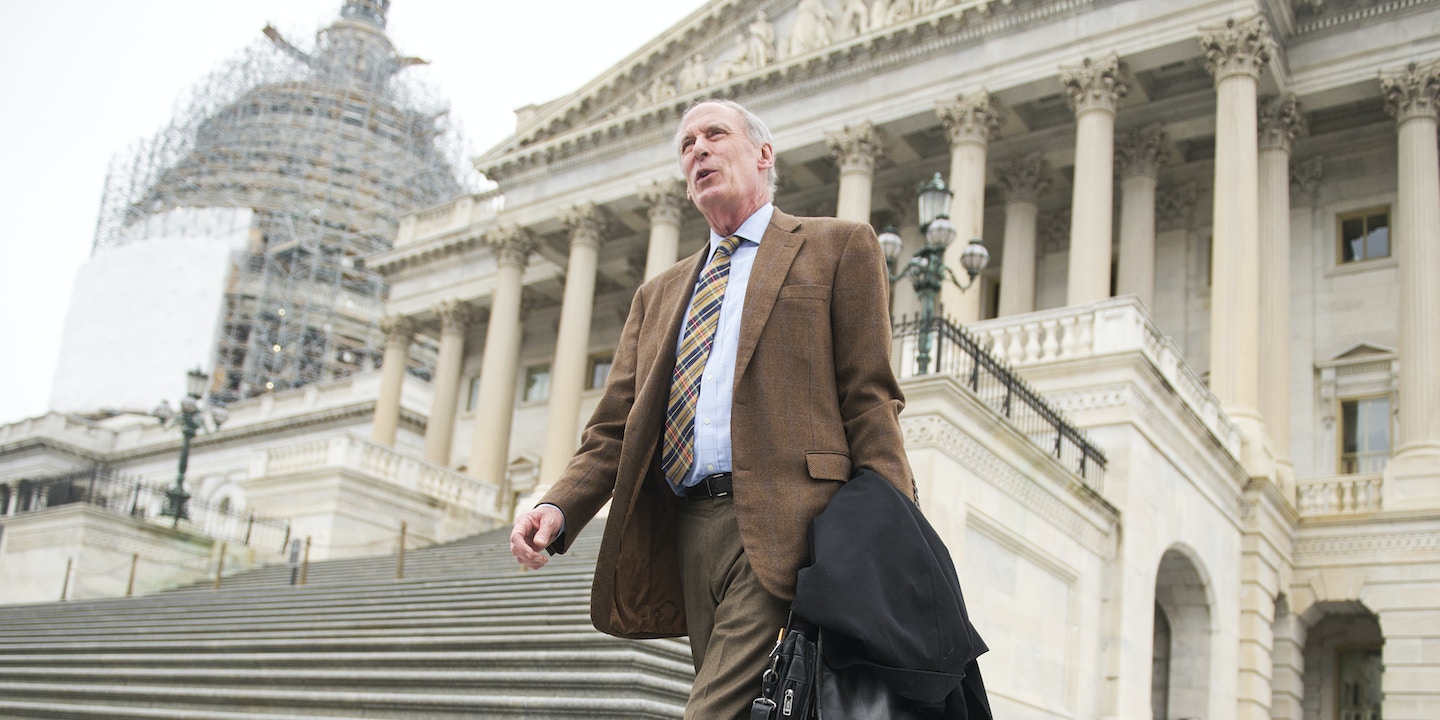 Colleagues of former Sen. Dan Coats, R-Ind., describe the septuagenarian as competent and congenial — the “Mister Rogers” of Republicans, as Sen. Cory Gardner, R-Colo., said — but his positions on issues including NSA surveillance, Edward Snowden, torture, and Guantanamo Bay are bound to spark arguments with civil libertarians as Congress debates his nomination today by President-elect Donald Trump to succeed James Clapper as director of national intelligence.

In 2013, just one week after former NSA contractor Edward Snowden came forward as the source of documents revealing the global extent of the NSA’s mammoth surveillance regime, Coats penned an op-ed for the Wall Street Journal lambasting the disclosures and the ensuing media coverage.

“Unfortunately, the Obama administration — especially of late — has fueled people’s distrust of government, which has made the reaction to Mr. Snowden’s leak far worse,” he wrote, pleading with his colleagues in Congress to stop “mischaracterizing” the surveillance programs Snowden exposed.

Coats said the NSA’s programs, including its bulk collection of American telephone records, were “legal, constitutional and used under the strict oversight of all three branches of government” — though courts later disagreed, and Congress amended the law to end the American records collection program, as Snowden pointed out on Twitter on Thursday.

While Coats professed his belief in defending privacy and national security in tandem, he focused his efforts on making sure the deep national security state escaped unscathed — losing none of its powers to engage in mass spying. He pushed for counterintelligence policies that would root out leakers like Snowden in the future.

“The government’s interest is the most compelling imaginable: To the best of our ability, never again allow an attack on our homeland that costs innocent lives,” he wrote in a piece in USA Today, touting a bill he proposed that would not have ended the bulk collection of American phone data.

On some issues, there is daylight between Coats and Trump and his inner circle, including Gen. Michael Flynn, Trump’s national security advisor; for example, Coats is banned from entering Russia after pursuing sanctions following the Kremlin’s annexation of Crimea, while both Trump and Flynn have shown a public fondness for the Kremlin. But on Snowden there is more common ground. Flynn has given interviews about how Snowden potentially put American lives at risk because of his disclosures, and Trump’s pick for CIA director, Rep. Mike Pompeo — not a Russia fan, but likely to be a bigger hothead than Coats — has called for Snowden’s execution.

“He should be brought back from Russia and given due process, and I think that the proper outcome would be that he would be given a death sentence for having put friends of mine, friends of yours, in the military today, at enormous risk because of the information he stole and then released to foreign powers,” Pompeo said during a C-SPAN interview.

Coats and Trump’s team are also in accord on Guantanamo. In the past, Coats has railed against President Barack Obama’s attempts to close the prison. “For years, the facility at Guantanamo Bay has been a valuable tool in our counterterrorism efforts. Moving Guantanamo detainees into the United States poses significant security risks, and we should not endanger American families simply for President Obama’s legacy,” Coats said in a February 2016 statement. He has also described the Senate Intelligence Committee’s investigation into CIA torture as “only a partisan account of the last decade’s counterterrorism efforts.”

Another concern about Coats that may come up in hearings: while ambassador to Germany he was embroiled in an embarrassing scandal around the wrongful imprisonment and torture of German citizen Khaled Masri — who was kidnapped while vacationing in Macedonia, sent to Afghanistan, tortured, and released five months later without ever being charged with a crime.

The Washington Post’s Dana Priest named Coats as an instrumental figure in conferring with Germany’s minister of the interior to ask that the German government not disclose details about what the U.S. did to Masri. The case has been well publicized despite those efforts, and Masri has been represented by the American Civil Liberties Union. Coats has not addressed those accusations.

“The Senate should not act on the Dan Coats nomination until he comes clean on the cover-up of the kidnapping and torture of an innocent German citizen,” Chris Anders, deputy director of the Washington legislative office of the ACLU, told The Intercept during a phone interview.