There have been many governments through history with people like Kushner in power; they just haven’t been democracies. 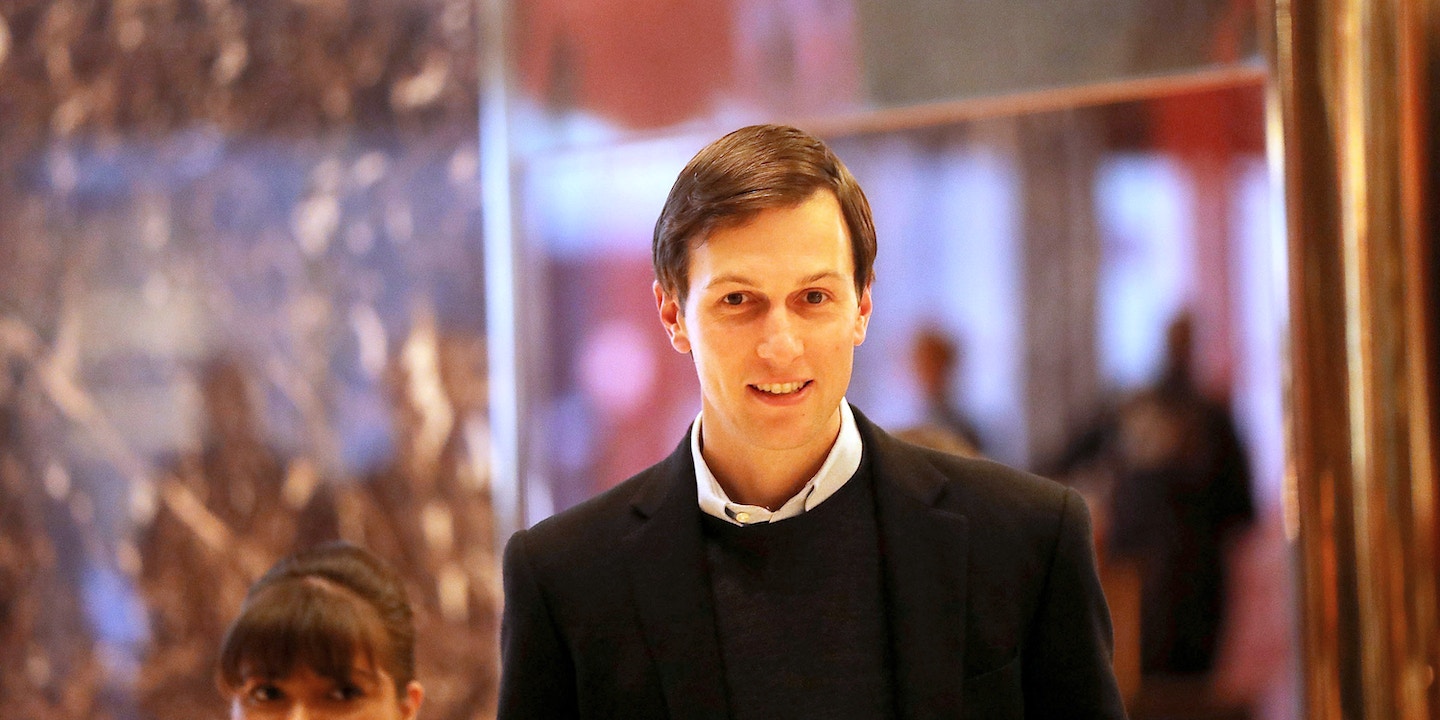 A 1967 anti-nepotism law states that a government official can’t hire relatives “in the agency in which he is serving or over which he exercises jurisdiction or control.” Kushner’s lawyers are said to be preparing to argue that the White House is somehow not an “agency” and so Trump can do as he wishes, but they are probably wrong and without a change to the law the appointment of Kushner would likely lead to litigation aimed at forcing him out.

And legalities aside, a world leader turning his son-in-law into one of his foremost advisers has an extremely creepy vibe, because it’s straight out of the third world dictator playbook. Raul Castro’s son-in-law has worked for him for decades and now runs the Cuban military’s businesses. Saddam Hussein’s son-in-law was perhaps his top deputy and supervised his WMD programs during the 1980s. Further back, Benito Mussolini’s son-in-law served as his foreign minister (until Mussolini had him executed).

Also, as a major real estate investor himself, Kushner will also bring with him glaring conflicts of interest almost as labyrinthine as Trump’s. Kushner could of course sell all his assets and put the proceeds in a blind trust, but as with Trump the law does not require it and Kushner appears to have no intention of doing so.

As the New York Times recently reported, throughout the presidential campaign Kushner was negotiating a deal with Anbang Insurance Group, a Chinese financial conglomerate with likely ties to the country’s leadership. Just days after Trump’s victory, Kushner joined the company’s Chinese executives for a celebratory meal featuring $2,100 bottles of wine. Yet when the Chinese government contacted the Obama White House to express its unhappiness about Trump’s post-election call to the president of Taiwan, the administration didn’t pass the news along to Trump’s security team but to Kushner.

According to the Times, Kushner also is developing luxury apartments with unnamed Chinese investors and has received loans from an Israeli bank being investigated by the Justice Department for helping rich Americans evade taxes.

If Kushner joins the Trump administration, he will have to file executive branch financial disclosure forms that will reveal more about his holdings. He also will be required to recuse himself from decisions that would have a “direct and predictable effect” on his finances. In addition, Kushner’s lawyer has said that he will divest himself of “substantial assets,” which apparently will include his stake in the building at 666 5th Avenue, his company’s flagship and the subject of the deal with Anbang. But this may largely be cosmetic since the company’s other owners are members of Kushner’s family and the company itself is not going to sell its interest.

All this matters because Kushner may be the single most important influence on Trump. Before the election the Times called Kushner Trump’s “de facto campaign manager,” and a Trump adviser referred to him as “the final decision-maker” in Trump’s inner circle — despite the fact that Kushner had no official title.

Kushner appears to have the power to persuade Trump to reverse significant decisions: After Trump asked Chris Christie to be his running mate, Kushner encouraged him to rescind the offer and choose Mike Pence instead. Then, when Trump surprised the world by winning, Kushner prevailed upon him to fire Christie from his position running the transition and again replace him with Pence.

This shouldn’t be a surprise, since Kushner seems to be a Trump Mini-Me — like his father-in-law born to real estate wealth and not particularly talented at anything, but with a family taste for power and personal vengeance.

Kushner’s successful developer father, Charlie Kushner, gave $2.5 million to Harvard in 1998 when Jared was looking at colleges. Shortly afterward, Harvard admitted him – even though, as an official at Kushner’s high school put it, “His GPA did not warrant it, his SAT scores did not warrant it. We thought for sure, there was no way this was going to happen.” After Harvard, Kushner was admitted to the law school at New York University. Coincidentally, his father had recently given NYU $3 million and rented the school office space at below-market rates.

But in 2005, Charlie Kushner pleaded guilty to tax evasion, witness tampering, and making illegal campaign donations. The witness tampering involved his hiring a prostitute to seduce his brother-in-law and secretly photograph them having sex. The prosecutor in the case? Chris Christie. The fact that Kushner has now whacked Christie twice suggests he has no qualms about using power to settle family grudges.

With his father in jail, Jared Kushner took over the family’s real estate empire. In 2007, soon after Charlie Kushner got out of jail, the family bought 666 5th Avenue for $1.3 billion, mostly borrowed. In 2011, Jared Kushner tried to get one of his family’s creditors to write down some of the debt. The creditors declined. By this time Kushner also owned the New York Observer, a newspaper largely devoted to obsessively chronicling the lifestyles of the richest and most famous Manhattanites. In another unsettling vendetta, Kushner demanded that his reporters smear the creditor; they declined, because what Kushner wanted them to write wasn’t true.

Just like Trump himself, Kushner has been a horrendous landlord, harassing rent-stabilized tenants so he could force them out and jack up the rent on their apartments.

Kushner has also struck up an unusual friendship with Rupert Murdoch, who is 50 years his senior. Murdoch and his then-wife Wendi are apparently responsible for Kushner’s marrying Ivanka Trump in the first place, getting them back together after they’d dated for several years and then broken up.

When Trump played footsie with anti-Semites on Twitter, Kushner, who is Jewish, defended him. One of his employees at the Observer wrote: “Please do not condescend to me and pretend you don’t understand the imagery of a six-sided star when juxtaposed with money and accusations of financial dishonesty. I’m asking you, not as a ‘gotcha’ journalist or as a liberal but as a human being: how do you allow this?”

Top photo: Jared Kushner, the son-in-law of President-elect Donald Trump, enters the lobby of Trump Tower on Nov. 18, 2016 in New York as Trump and his transition team worked on filling cabinet and other high-level positions for the new administration.