On His First Day in Office, Trump Raises Taxes on Middle-Class Homebuyers

The Department of Housing and Urban Development reversed a scheduled 0.25 percent cut in mortgage insurance premiums issued by the Federal Housing Administration. 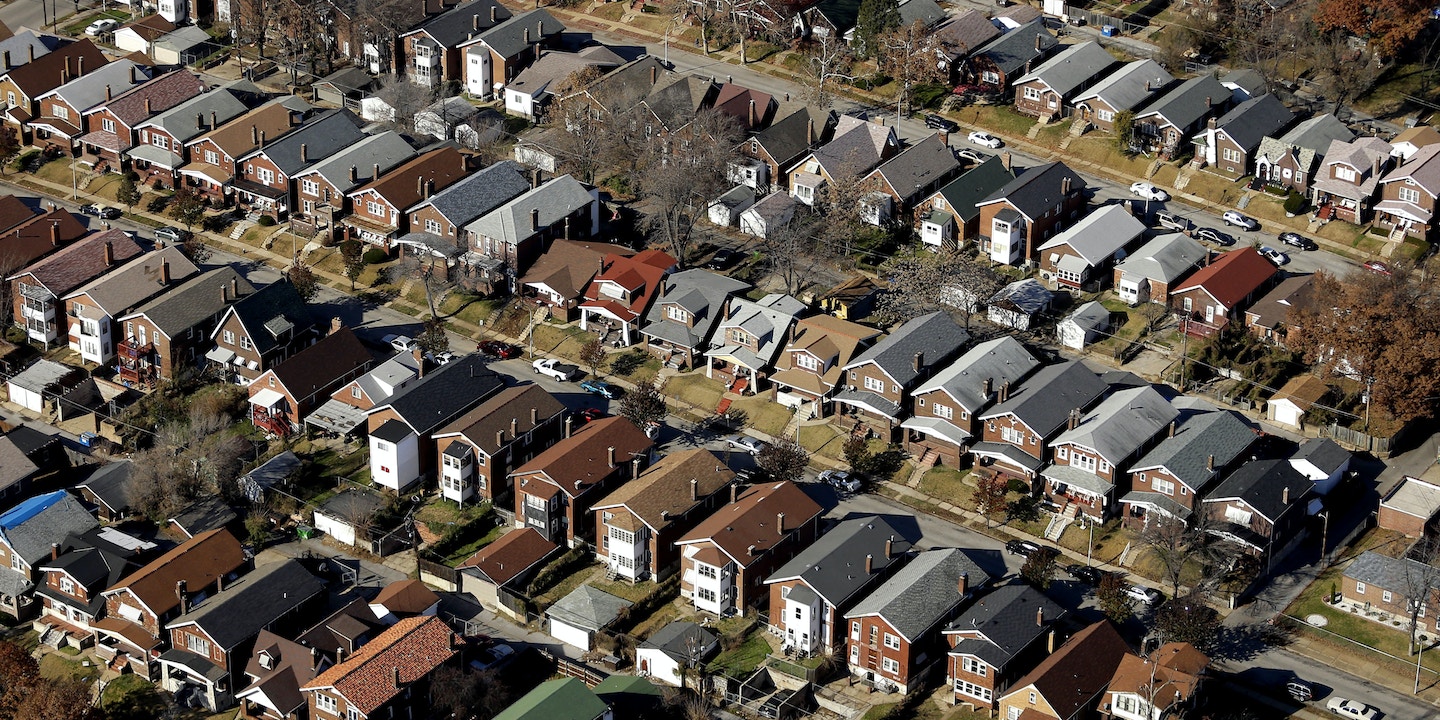 In one of the first official acts of his presidency, Donald Trump has increased taxes on a million middle-class homebuyers.

The Department of Housing and Urban Development on Friday reversed a scheduled 0.25 percent cut in mortgage insurance premiums issued by the Federal Housing Administration (FHA). For a mortgage worth $200,000, this adds $500 to a homebuyer’s annual costs.

These insurance fees are effectively a tax on middle-class homeownership. By reversing the cut, which was scheduled to go into effect on January 27, one week from today, Trump will be taking more money from FHA homebuyers to keep in government coffers.

The FHA doesn’t make loans, but it enables borrowers with credit scores as low as 580 to purchase homes with low down payments (as little as 3.5 percent). In exchange, it collects mortgage insurance premiums, which it places in the Mutual Mortgage Insurance Fund (MMIF) to draw upon in case of default.

The outgoing Obama Administration announced the FHA insurance cut on January 9, from 0.85 percent of the mortgage price to 0.60 percent. They did so in direct response to increases in mortgage rates that significantly raised the price of purchasing a home. The FHA previously cut premiums by 0.5 percent in January 2015.

Critics argued that lowering FHA premiums would threaten the solvency of the MMIF, which did require a $1.7 billion bailout in 2013, the first in the agency’s history, owing to a surge of defaults after the housing bubble collapsed. However, the finances of the MMIF have significantly improved since then, amid modest recovery in the housing market. By law, the fund must be maintained at least at 2 percent of the total FHA loan portfolio. The FHA puts the current figure at 2.32 percent.

“After four straight years of growth and with sufficient reserves on hand to meet future claims, it’s time for FHA to pass along some modest savings to working families,” Housing and Urban Development (HUD) Secretary Julian Castro wrote earlier this month in announcing the change.

Ben Carson, who Trump has nominated to replace Castro, said at his confirmation hearing that he would “really examine” the FHA insurance cut, and that he wasn’t consulted about it. Conservatives have warned for years that the MMIF is dangerously insolvent, despite the recent robust balance sheet.

In addition, by making FHA loans more expensive, traditional bank mortgages become more competitive. Banks typically earn more in profit from of their own products than from FHA loans. So this initial Trump policy also generates a competitive advantage for mortgage lenders to make more money for their business.

Based on analysis by Attom Data Solutions, the reversal means an extra $446 million for the MMIF, and concurrently that much less in the pocketbooks of an estimated 1 million homebuyers projected to take out FHA loans in 2017.

Trump’s inaugural rhetoric on “transferring power from Washington, D.C., and giving it back to you, the people” is at odds with the specific action of increasing fees on middle-class homebuyers to bolster a government insurance fund.

Because more expensive home markets would be more affected by the increase, the reversal certainly hits liberal America harder. Counties like Santa Clara, Alameda, and Santa Cruz, California, and Honolulu and Maui, Hawaii, would see the biggest increases, from $1,253 to $1,448 annually.