As tens of thousands protested, the Trump administration reversed itself, announcing that the president’s Muslim ban no longer applies to green-card holders. 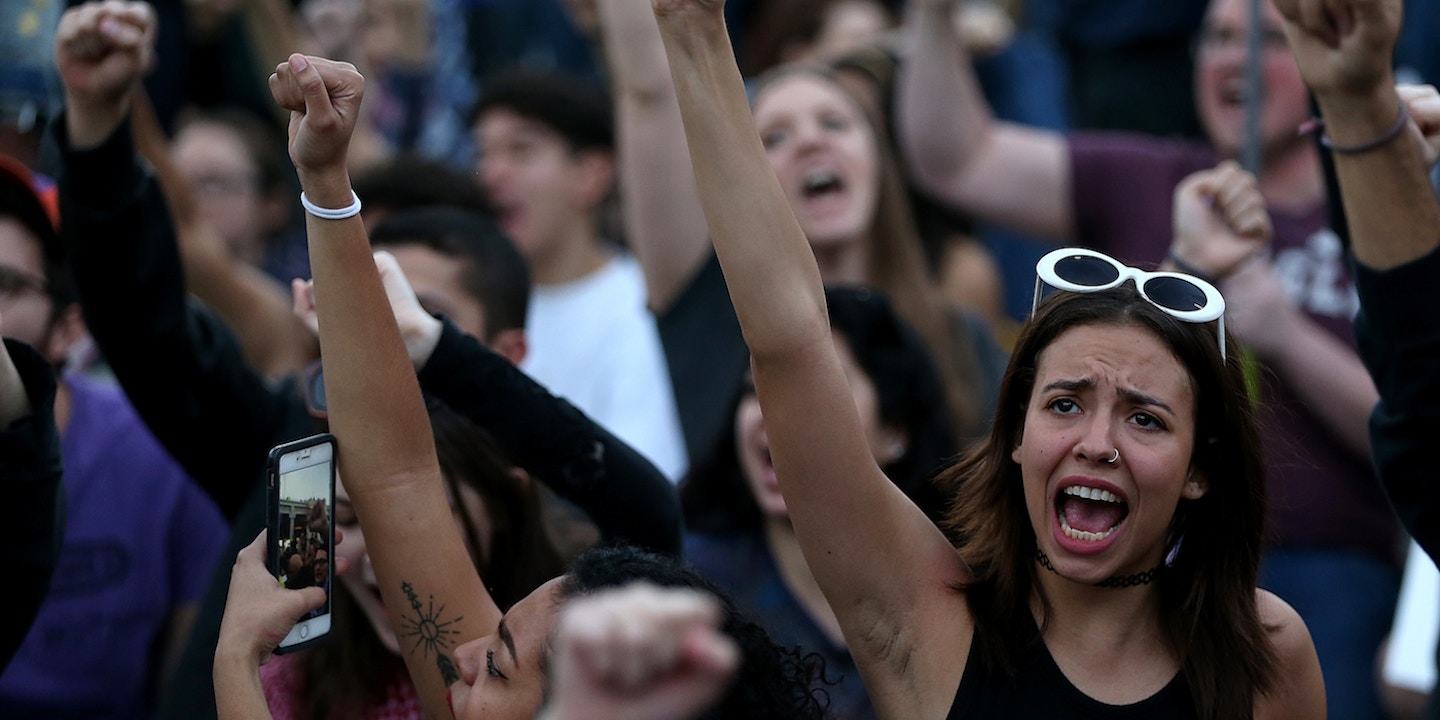 As tens of thousands protested across the United States, the Trump administration reversed itself late Sunday, announcing that the president’s executive order barring entry to citizens of seven, Muslim-majority nations no longer applies to more than 500,000 green card holders.

On Saturday, as officials scrambled to implement the hastily issued order, the agency’s acting spokeswoman told Reuters “it will bar green card holders” originally from those nations. Dozens of green-card holders, making them permanent legal residents of the United States, were detained at airports across the country, along with previously vetted refugees from the seven nations, prompting spontaneous protests.

“In applying the provisions of the president’s executive order, I hereby deem the entry of lawful permanent residents to be in the national interest,” John Kelly, the new head of the Department of Homeland Security said in a statement issued on Sunday evening.

“Accordingly, absent the receipt of significant derogatory information indicating a serious threat to public safety and welfare, lawful permanent resident status will be a dispositive factor in our case-by-case determinations,” Kelly added.

That Kelly’s statement came 10 hours after an earlier one, which made no mention of an exemption for those holding green cards, suggested that the policy was being crafted by discussions after, instead of before, Donald Trump issued the order.

For his part, Trump insisted that it was not accurate to call his ban on travel from the seven, Muslim-majority nations a “Muslim ban,” insisting that it was about preventing terrorism, even though not one American has been killed by a traveler from one of those nations.

That claim was also undermined by his adviser Rudy Giuliani boasting to Fox News that he had helped draw up the order after being asked by Trump how to make good on his campaign promise to impose, “a total and complete shutdown of Muslims entering the United States until our country’s representatives can figure out what the hell is going on.”

Rudy Giuliani admits the immigration order was intended as a Muslim ban, seemingly not understanding that judges care about that kinda stuff pic.twitter.com/idtLMaz5HD

The sudden about-face by the Trump administration came as protesters rallied against the order in dozens of cities and at airports, where lawyers and members of Congress worked to free detained travelers who had boarded flights with valid U.S. visas. There were several reports of Customs and Border Protection agents refusing to allow access to the detainees, in apparent violation of court orders from federal judges in several states.

There were mass demonstrations in New York, Boston, Washington and Seattle, and demonstrators packed airports from coast to coast, in support of those still detained.

Here is a selection of social media images and video clips from other protests across the nation.

A woman detained for hours after arriving from Iraq is reunited with her son, who is in the United States Army, according to @RepJeffries pic.twitter.com/I4w5BGIHVP

Crowd seems to only be getting larger at @ATLairport. Chant: "No hate no fear, refugees are welcome here." #NoBanNoWall pic.twitter.com/GR0OboAGPS

The Indianapolis Airport was at capacity. Messages were of love, courage, and empathy. Inspired. pic.twitter.com/VcYrtNrY5J

Barius Elhalabi, the 19-year-old Lebanese man held with an American passport, said agents asked him, "Do you love your country?" pic.twitter.com/3Jly9zzit4

Another family, Syrian, with three small children is still waiting for three travelers, all of which have US green cards.

In case you're wondering what it's like at the Airport. It's electric. "This is what democracy looks like." Peaceful protest in Philly. pic.twitter.com/u8aJ2TRBp2

The crowd at LAX is getting bigger and bigger. pic.twitter.com/dJ281TETXj

Ton of people here at LAX today. Enough that the lower level road is closed. pic.twitter.com/GNPGMM6gUs

Organizers announce tht they've successfully delayed flights from the international terminal "no ones leaving until all our families get in" pic.twitter.com/jUuib7Hivk

Seattle stands up. People as far as we can see. #RefugeesWelcome pic.twitter.com/LXBT2d01AG

Here's a look at the crowd in Seattle for immigration ban protest. Watch live >> https://t.co/MEC7ItdUv2 pic.twitter.com/Nk2oggQ6rc

Thousands of ppl marching past the @Newseum as they protest Trump's exec orders. They chant "No hate, no fear, refugees are welcome here!" pic.twitter.com/l5LNhYgVBs

.@AustinOnSocial @realDonaldTrump hear that? They're shouting "shame" in front of your hotel pic.twitter.com/29EuI9ATqB

Attorneys at Dulles now reporting green card holders are supposed to be let thru--"order no longer applies to them". No explanation why.

Rep. @GerryConnolly on phone at Dulles w someone he said is in CBP cong rel office. @jamie_raskin and @DonBeyerVA also here. Watch to end pic.twitter.com/tBMHoyX3YG

Lawyers @DFWAirport have secured & confirmed release of 10th detainee today. We thank the support of the peaceful protesters. @AngelaHunt

Moments ago, @JudgeClayJ and I greeted travelers who were detained at @DFWAirport since yesterday. We are very sorry. pic.twitter.com/BHFkpFwNzI

From the bottom of my heart, I apologize to those detained this weekend and their families. All 9 ppl detained yesterday now released. pic.twitter.com/kPdzk2DCiF