An Iranian man with a pregnant wife in the United States pleaded, “Please, can I just go see the birth of my child?” 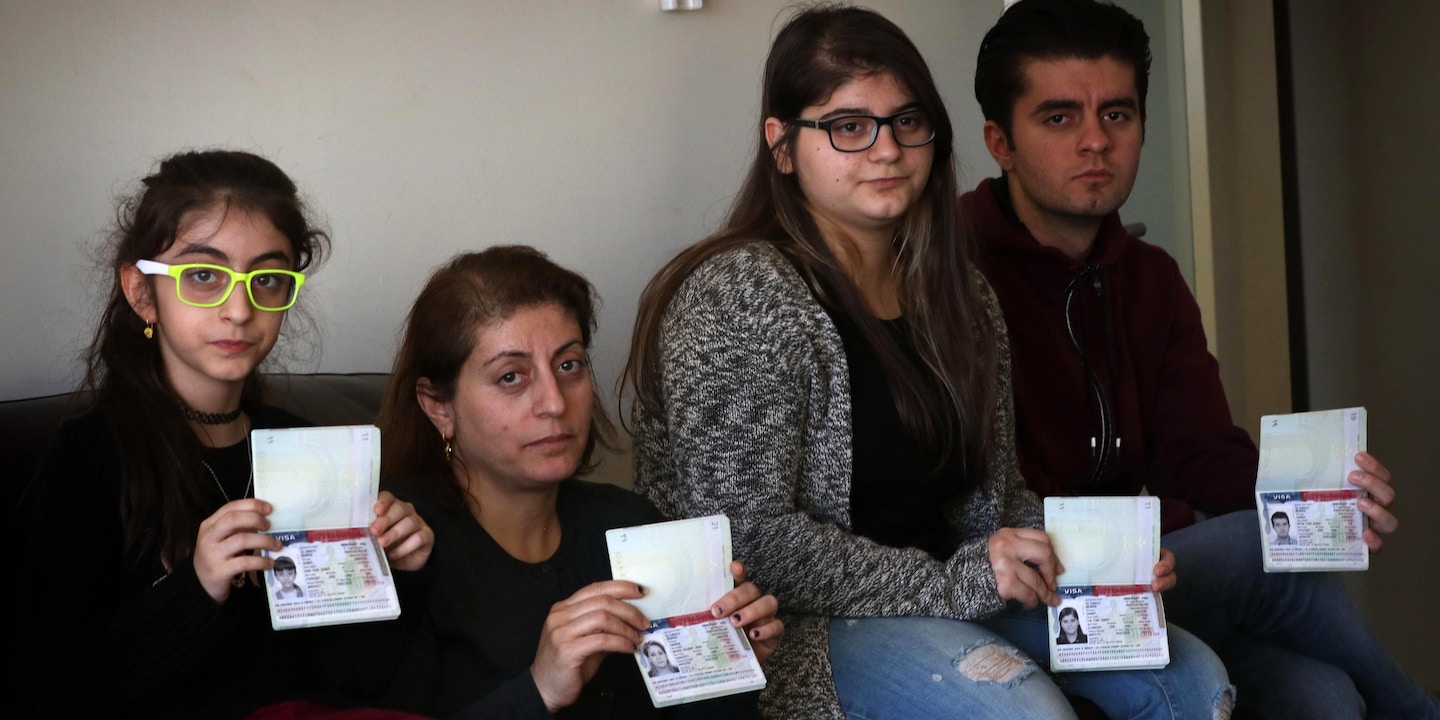 After an executive order signed by President Trump last week banning immigrants from majority Muslim countries, the American diplomatic apparatus has been thrown into disarray and thousands of would-be migrants and visitors to the United States have been left in the dark. A State Department memo written by a foreign service officer from the U.S. Consulate General in Dubai, obtained by The Intercept, describes a system “inundated” by the angry and spurned, particularly given that the Dubai office handles travel documents for Iraqi and Iranian citizens in the United Arab Emirates. The memo was distributed via the State Department’s internal “Dissent Channel,” a Vietnam-era conduit for diplomatic staff to safely offer criticism and objections to U.S. policy and strategy, according to a source with access to the channel who asked not be identified.

The memo, dated January 30 (“Subject: Visa Applicants at Consulate General Dubai Seek Clarification on Executive Order”), describes the executive order’s impact on green card holders, visa seekers, the young, the old, and the sick: “By the time the ban is lifted, my son is going to be dead from cancer,” said an Iranian couple that had been hoping to visit their ailing child in the United States. “Tell President Trump that my government is the terrorist,” pleaded another Iranian applicant, “but we the people are not terrorists.”

The entire memo, designated Sensitive But Unclassified (or SBU) is reproduced in full below:

2. (SBU) Several green card and immigrant visa holders sought clarification on their ability to travel to the United States. An Iraqi man, who previously obtained a Special Immigrant Visa for his work as an interpreter with the U.S. Army in Iraq, provided a letter of recommendation from the U.S. military and said, “I just don’t know what to do.”  Another young Iraqi man with an approved immigrant visa, accompanied by his Legal Permanent Resident (LPR) mother, inquired as to whether he or she could travel to the United States. An Iranian green card holder expressed concern that the 90 day suspension would affect her LPR status.

3. (SBU) Over half of the Iranian NIV applicants appeared for their canceled January 30 appointments, despite Consulate General Dubai’s GSS contractor having informed them on January 29 of their appointment cancellation. [Note: While NIV appointments for January 30 included applicants from the other six countries affected by the EO, none appeared at the consulate for their interview. CG Dubai’s GSS Contractor notified all applicants affected by the EO of the interview cancellations via email and text message. End Note] Many applicants lamented the financial burdens incurred in traveling from Iran to Dubai for an interview that had been canceled. One couple said that they had waited for over six months for their appointment date; they expressed concern about the difficulty of rescheduling if the ban is lifted.

4. (SBU) Several applicants were elderly parents trying to visit their children in the United States. One Iranian woman stated, “I haven’t seen my daughter in two years. I was going to meet my new grandchild. I pray this all gets situated. We were hoping we could have been interviewed and have our cases put on hold. Then we would have felt that we had made some sort of progress.”  Another Iranian applicant accompanied by his wife and daughter complained about “the arbitrariness” of the EO. He stated, “Tell President Trump that my government is the terrorist, but we the people are not terrorists.”

5. (SBU) Applicants became extremely emotional while interacting with consular officers, believing that the recent reports of a judicial stay on the EO applied to them. An Iranian man with a pregnant American citizen wife in the United States pleaded, “Please, can I just go see the birth of my child? Is there any exception? I will have to have my wife come to Iran for the birth. I want to be there to see my child.”  Another Iranian couple said that they were traveling to care for their dying son in the United States, stating, “By the time the ban is lifted, my son is going to be dead from cancer.”

6. (SBU) A thirteen-year old Iranian boy also came to the Consulate to inquire about the validity of his previously issued U.S. NIV. He said that his parents had paid $6,000 for an upcoming school trip to NASA. He asked, “I heard about the Presidential order. Can I not go because I am Iranian?”

7. (SBU) CG Dubai is still inundated with Iranian NIV applicants, green card holders, and immigrant visa holders affected by the EO who are seeking clarification and explanations. Post believes that communication challenges reaching individuals inside Iran mean that applicants are not receiving appointment cancellation notifications from Post’s GSS contractor and continue to travel to Dubai to attend their visa appointments. CG Dubai will continue to deploy consular officers to directly engage with those who have questions or complaints about interview cancellations or bars on U.S. travel. CG Dubai seeks updated talking points on how the EO impacts legal permanent residents seeking to return to the United States and dual nationals of countries of concern.

After a dissent channel memo condemning the executive order was reported by the Washington Post, White House press secretary Sean Spicer said diplomatic staff with objections “should either get with the program or they can go.”

Top photo: Fuad Sharif Suleman and his family show their U.S. immigrant visas in Arbil, the capital of the Kurdish autonomous region in northern Iraq, on Jan. 30, 2017 after returning to Iraq from Egypt, where they were prevented from boarding a plane to the U.S. following President Donald Trump’s executive order to temporarily bar travelers from seven countries, including Iraq.