Gorsuch has a 10-year record of legal opinions, some of which disturbingly echo Trump’s aversion to limits on law enforcement power. 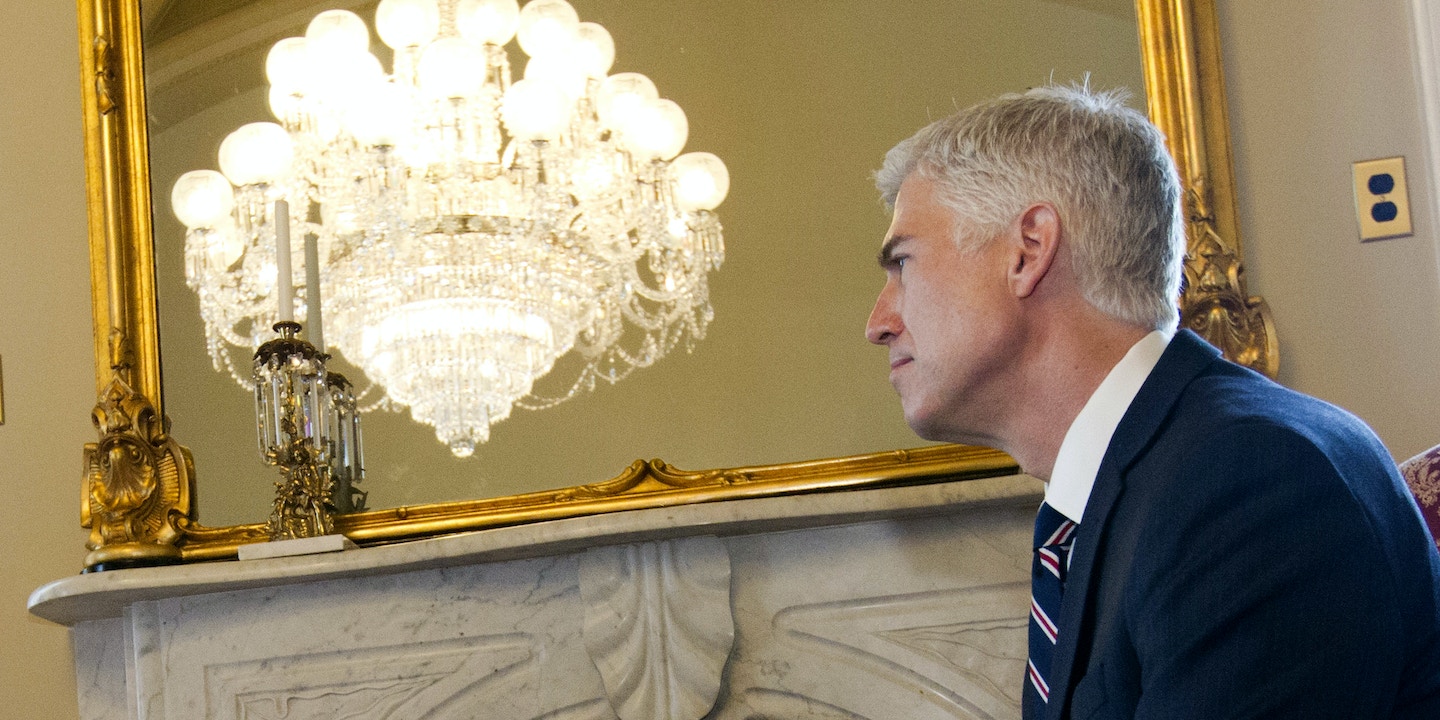 Donald Trump’s announcement of 10th Circuit Judge Neil Gorsuch as his nominee for Supreme Court was greeted with lavish praise from Republicans who commended his constitutional literalism.

The mainstream press, meanwhile, fixated on comparing him to the man he would succeed, the late Justice Antonin Scalia, rather than digging into his record.

Gorsuch was said to be the least controversial pick on Trump’s shortlist, having sailed through his early confirmation hearings in 2006 with only a few questions on assisted suicide from Sen. Ron Wyden, D-Ore. But now Gorsuch has a 10-year record of legal opinions, some of which disturbingly echo Trump’s aversion to limits on  law enforcement power.

Trump campaigned as the “law and order candidate,” and was extremely reluctant to hold police accountable for violence. Gorsuch, from his first year on the federal bench, expressed a similar devotion to police impunity.

In a 2006 case, police had caught 22-year-old Ryan Wilson growing marijuana in Lafayette, Colorado. Wilson tried to flee, but an officer tased him in the back of the head and he died of cardiac arrhythmia. Despite the marketing claims of taser manufacturers that their products are a safe way to incapacitate criminals, they frequently cause permanent damage or kill victims.

Wilson’s parents sued for damages, claiming that police had used excessive force. When the case found its way to the 10th Circuit, Gorsuch ruled in favor of the police. “Mr. Wilson was resisting arrest by fleeing from officers after they identified themselves — even if the crime of which he was suspected was not itself a violent one,” Gorsuch wrote for the majority.

Fellow Judge Mary Beck Briscoe disagreed, saying “A reasonable officer would know that aiming or recklessly tasing Ryan Wilson in the head under the circumstances presented was unconstitutional.”

Gorsuch also ruled that the police were protected by the doctrine of “qualified immunity” – which shields government officials from lawsuits if there is any reasonable uncertainty about whether their actions are legal.

Commentators have pointed to the breadth of “qualified immunity” as a major obstacle to police reform. It has been invoked to protect law enforcement in several recent high-profile cases, like the lawsuits brought by the families of Sandra Bland and Tamir Rice.

The Supreme Court issued a new ruling in 2011 — in an opinion written by Antonin Scalia — that government officials can be sued only if “every reasonable official” would know that an action is illegal, making it even harder to hold them accountable.

Gorsuch apparently believes the doctrine has some limits, however. In July 2016, two of Gorsuch’s colleagues ruled that a police officer could not be sued after arresting an Albuquerque seventh grader who “generated several fake burps, which made the other students laugh.” Gorsuch dissented, saying that the law does not criminalize “noise[s] or diversion[s]” in the classroom.

Gorsuch’s beliefs about qualified immunity for government officials will take on a greater significance at the national level. In addition to insulating police brutality from civil suits, qualified immunity has shielded officials in the Bush administration from lawsuits over the torture program, and has been invoked by the Obama administration to protect the drone program from legal scrutiny.

Gorsuch’s rulings have also chipped away at Constitutional protections from warrantless searches. He has repeatedly ruled in favor of police searching vehicles without a warrant after routine traffic stops (see here, here, and here).

Gorsuch also ruled in a case last year that if police track your car with a GPS device for weeks — without going to a judge — the evidence is still admissible at trial, as long as the police have an “objectively reasonable good-faith belief” that what they are doing is legal.