Texas Governor Goes to War With Austin Over Immigration Enforcement 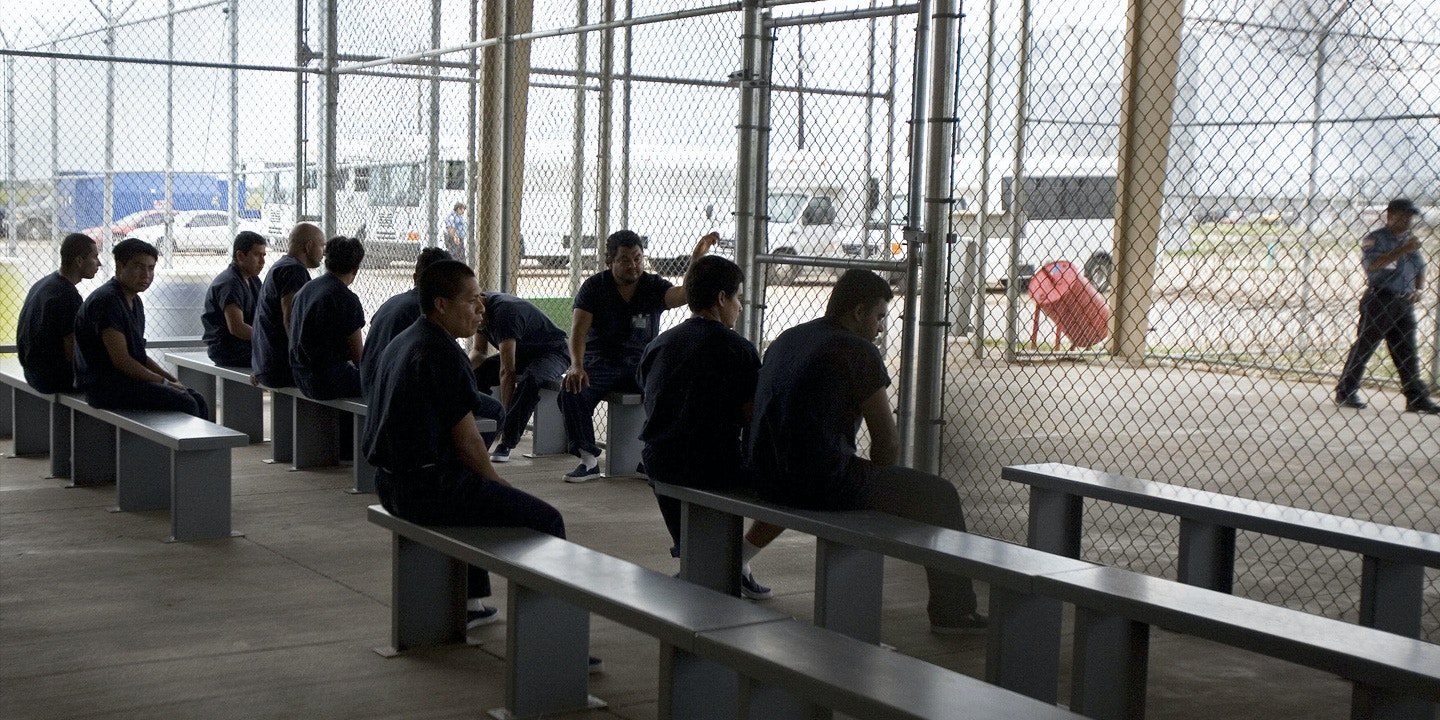 After an intense week of back-and-forth communications between Texas Gov. Greg Abbott and local officials in Austin regarding Travis County Sheriff Sally Hernandez’s policy of honoring only lawfully obtained immigration detention requests, Abbott made good on a threat to yank from the county $1.5 million in criminal justice-related grants.

At direct issue is a decision by the newly elected Hernandez to discontinue her predecessor’s policy of honoring all ICE-issued immigration detention requests under an Obama-era program — known variously as Secure Communities (S-Comm) or the Priority Enforcement Program (PEP) — that saw deportations in the U.S. skyrocket and that has drawn the ire of immigrant rights advocates and the courts. Under the previous sheriff, Austin ranked third in the nation for its deportation rate.

Under the detainer program, fingerprints collected by local jailers are shared with immigration authorities via the FBI. If ICE gets a hit on a person believed to be in the country illegally, the agency would request that the local jail hold the person until agents came come pick them up — even if the detention would extend beyond the legal term of incarceration or after the person has made bail. Jurisdictions that have refused to honor such detainers have been dubbed “sanctuary cities.”

In a string of court cases, judges have found that the ICE detainers run afoul of Fourth Amendment protections against unlawful detention absent probable cause, rendering them unconstitutional.

Indeed, in a video posted online on January 20, Hernandez explained that under the revised policy, her office would “honor all lawfully issued warrants and hold those inmates for our fellow officers in law enforcement,” she said. “I am committed to public safety.”

The nuance was apparently lost on Gov. Abbott, who took to Twitter to denounce Hernandez’s position: “The Governor’s Office will cut funding for Travis County adopting sanctuary policies,” he wrote. “Stiffer penalties coming.” And in the following days he repeatedly attacked Hernandez’s position, also threatening to pursue legislation that would somehow oust duly elected officials who refuse to comply with ICE requests.

In his January 23 letter, Abbott went on to explain that his “primary duty as governor is to ensure the safety and security of Texans.” Consequently, he wrote, he decided last year to condition the granting of criminal justice funds “on a commitment to enforce federal immigration law,” which he claimed Hernandez’s policy was rejecting. “Unless you reverse your policy prior to its effective date” — February 1 — “your unilateral decision will cost the people of Travis County money that was meant to be used to protect them.”

Despite the threats, Travis County officials remained unbowed. “I respect the job of our state leaders, but I will not allow fear and misinformation to be my guiding principles as a leader sworn to protect this community,” Hernandez said in a statement. “I am following all state and federal laws, and upholding constitutional rights to due process for all in our criminal justice system.”

In a January 25 letter responding to Abbott, the county’s top administrator, County Judge Sarah Eckhardt, wrote that she hoped the two could come “to reasonable accommodation on law and policy.” She explained that the grant funds —  $1.8 million in total, of which $1.5 million had not yet been delivered to the county — go for programs that “serve women, children, families and veterans. They are unrelated to immigration and none are under the management of the Sheriff’s Office.”

Among the programs that would be impacted, she explained, is a special jail-diversion program for veterans suffering from post-traumatic stress disorder and traumatic brain injury, a drug treatment court program targeting families involved with Child Protective Services, and a juvenile probation department program that provides therapy to children who have experienced trauma. “The success of these programs and others not listed … which you have supported lowers the burden on state jails, the foster care system and so many other state responsibilities,” she wrote. “None of these programs you seek to cut have anything to do with immigration.”

Abbott’s response, via a letter written by Camille Cain, executive director of the governor’s Criminal Justice Division, was single-minded: “I too am hopeful that we can reach a reasonable resolution of this matter,” Cain wrote. “But our office’s criminal justice grants must be used to uphold the justice system and cannot be wasted on local governments intent on undermining it.”

And it appears the state will attempt to withhold additional funds, including those not at all related to criminal justice, a move that is legally questionable. In a separate letter written January 26, Abbott’s budget director, Steven Albright, requested that the heads of all state agencies provide to Abbott a list of “all funds” administered to Travis County, “including any department.” Reports from the agency administrators are due by the end of business today.

Although Abbott’s position is that Hernandez’s policy is illegal, in a February 1 letter Eckhardt noted that she is “confident that Sheriff Hernandez’s policy is well within current law.” And she pointed out that Abbott seems to agree: “I am certain you have come to the same conclusion; else you would not be seeking to change current State law to put all Texas Sheriffs in the service of the United States Department of Homeland Security.”

In line with President Trump’s desires, as enumerated in a recent executive order, Abbott is pushing for passage of a bill, Senate Bill 4, that would require the state’s law enforcement agencies to “comply with, honor, and fulfill” all immigration detainers and would punish any local government seeking to adopt a policy that would prohibit or discourage cooperation.

The bill was considered in a marathon 16-hour hearing on Thursday, and despite significant opposition — including from law enforcement officials who fear that turning local public safety officers into immigration enforcers could harm communities by deterring the reporting of crime — the bill passed on to the full senate for consideration.

Meanwhile, Eckhardt has stood firm, saying that the county will find the money to cover the programs that Abbott has defunded, and vowing to defend its policy unless and until the state passes new — and lawful — legislation. “If that law should come to pass then we will uphold the law as arms of the state,” she said at a press conference, “of course reserving the right to challenge it if it is on its face, or in application, unlawful itself.”