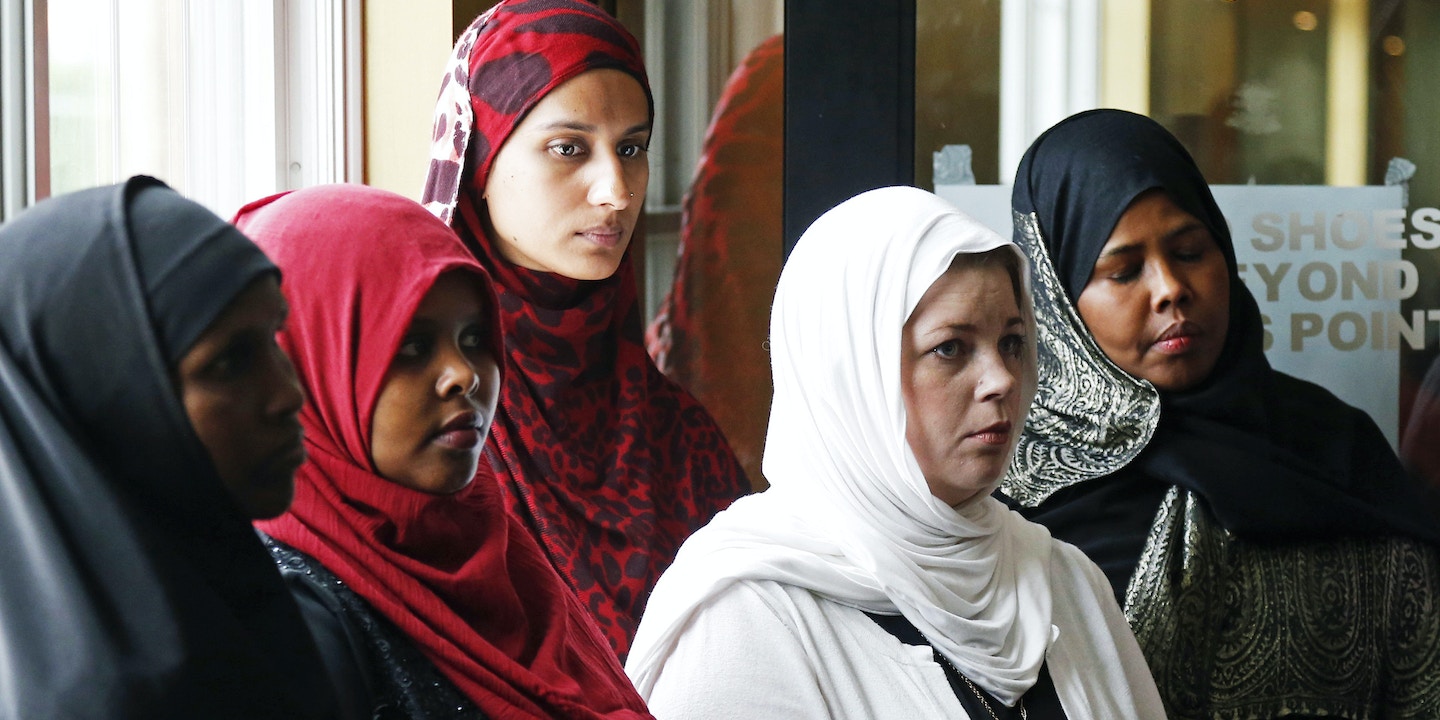 Countering violent extremism programs, intended to prevent homegrown terrorism, have never been an easy sell with targeted communities in the United States. Civil liberties organizations have criticized them as a potential threat to freedom of expression, while Muslim American organizations have claimed that government-led CVE initiatives unfairly stigmatize their community.

While in practice most CVE programs in the United States already target Muslim communities, President Barack Obama did his best to portray these policies as a form self-empowerment, describing them in a 2015 speech as an effort to help “communities to protect [from violent] ideologies and recruitment.” Under the Obama administration, the federal government rolled out CVE pilot programs in Boston, Los Angeles, and Minnesota. Last year, the Department of Homeland Security authorized $10 million in grants to local NGOs working to “counter violent extremism in the homeland.”

Despite their controversial nature, CVE programs did receive some level of interest from communities in the United States during the Obama administration. Counterterrorism experts say that the new administration — which engages in rhetoric and behavior overtly discriminatory toward Muslim Americans — will likely destroy many existing partnerships while generating opposition to new programs.

“There were some people who saw CVE as the ‘good’ or ‘liberal’ version of the war on terror, and they are likely going to feel uncomfortable about [Trump],” said Arun Kundnani, a professor at New York University. “You will see more resistance from some individuals and groups — including Muslim community organizations that had signed up for CVE under Obama.”

Some of that resistance is already starting to materialize.

Last week, the Minnesota-based Somali-American community group Ka Joog announced that it was declining a $500,000 Department of Homeland Security CVE grant, citing concerns about the new administration. The Somali community in Minnesota has been a frequent target of CVE initiatives in the past, including some “community outreach programs” that were covertly used to conduct surveillance. Nonetheless, during the Obama administration there had been a diversity of opinion among Somali-American groups about the merit of working with the federal government. Under Trump, those mixed feelings are turning into outright opposition.

“We work with refugees, immigrants, Muslims, and this administration is against everything we stand for,” Mohamed Farah, executive director of Ka Joog, told The Intercept. “Half a million dollars is a lot of money — we could’ve done a lot of work with youth in our community — but ultimately it comes down to principles. We have relationships of trust and we can’t be associated with this administration.”

Trump’s reported modifications to government-led CVE programs would fulfill his campaign pledge to target “radical Islam” more forcefully. During his election campaign, Trump repeatedly promised that he would take a combative stance against Islamic extremism, in both rhetoric and action. But experts on counterextremism say that Trump’s heavy-handed approach risks antagonizing potential partners, while doing nothing to address the actual causes of extremist violence. It also shifts resources and attention away from the threat of right-wing extremism, despite a number of deadly attacks in North America over the past several years.

“The Trump administration has indicated that they’re going to reframe CVE purely around jihadism and in the process tear down all the relationships that the Obama administration built,” said Mubin Shaikh, a counterterrorism specialist and an academic researcher on radicalization. “But this whole notion of making CVE only about Islamic extremism when you have white supremacists shooting up mosques, Sikh temples, and churches is completely misguided.”

Nonprofit groups focused on right-wing extremism fear a loss of funding as the new administration shifts priorities. Shaikh says that he expects more CVE money to be redirected to Muslim American groups in the future, but only those that align ideologically with the Trump administration’s views on Islamic extremism. Such groups are unlikely to be representative of their communities, and may even encounter a backlash for cooperating with a widely loathed administration.

“The Trump administration is going to give CVE money to people they support, but these people are unlikely to have any connections with communities or individuals who are actually at risk of extremism,” Shaikh says. “If you really want to counter Islamic extremism, you’re not going to accomplish that by trashing Muslims and insulting them.”

Many academic experts on counterextremism have begun making the same point in recent years. A 2016 study by the Triangle Center on Terrorism and Homeland Security at Duke University cited past failures in approaches to CVE that alienated communities by treating them as targets for surveillance and counterterrorism operations. The study’s authors called on the federal government to abandon this security-centric approach and work to build genuine partnerships with Muslim American communities. As a prerequisite to this, the study also said that government agencies must “redouble efforts to prevent discriminatory treatment, profiling, and harassment of law-abiding citizens at airports and immigration checkpoints.”

Instead of following this guidance and fighting discrimination against Muslims, the Trump administration has been working to institutionalize it. Executive orders targeting immigration from Muslim-majority countries and a pending bill to designate the Muslim Brotherhood a terrorist group — a measure that many fear is intended to provide cover for a witch hunt against Muslim American organizations — are just a few examples of this inflammatory approach. Experts say that hostile rhetoric and discriminatory policies are likely to backfire, even if they satisfy Trump’s political goals in the short term.

“The people that you’re dealing with in implementing these programs want to be perceived as partners, and they want to build trust with governmental organizations,” said David Schanzer, director of the Triangle Center and co-author of its 2016 study on counterextremism. “But it’s not possible to develop relationships of trust between the federal government and Muslim Americans when you’re going to overtly discriminate against them.”

Schanzer cites the recent example of Trump’s executive order banning immigration from seven Muslim-majority countries as an example of institutionalized discrimination that will likely stop Muslim Americans from cooperating with government-led programs. As the administration ramps up its hostility, relationships that were already troubled are likely to deteriorate further.

“The rhetoric and actions that have come out of this administration have shown that they view essentially all Muslims as potential terrorists,” he adds. “I see much of the progress made in recent years being lost in the environment that we’re now entering.”

Top photo: Women in Minneapolis listen to the executive director of the Minnesota chapter of the Council on American-Islamic Relations, Jaylani Hussein, speak about the Somali community’s concerns about a government-initiated countering violent extremism program in 2015.