The TSA’s use of physical indicators to look for suspicious travelers has been roundly criticized by watchdogs who say there’s no science behind it. 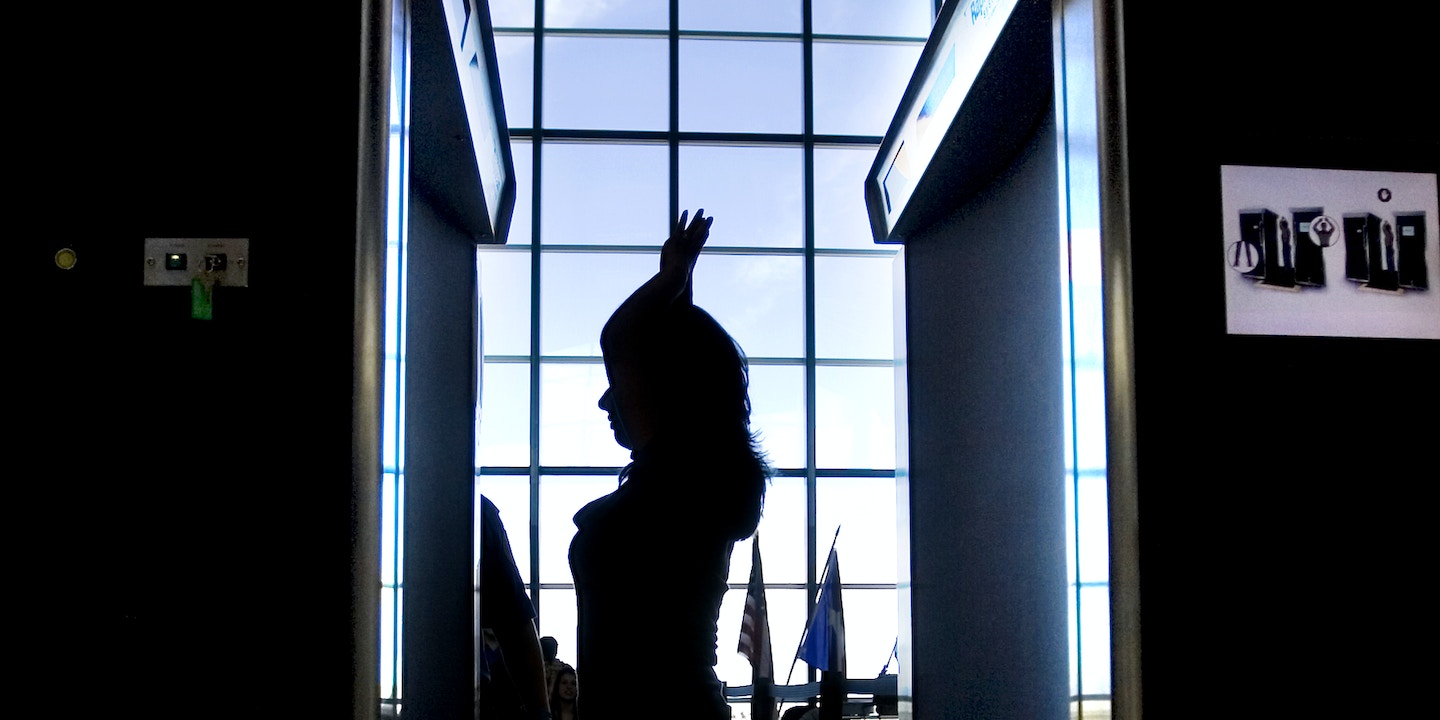 Newly released documents from the Transportation Security Administration appear to confirm the concerns of critics who say that the agency’s controversial program that relies on body language, appearance, and particular behaviors to select passengers for extra screening in airports has little basis in science and has led to racial profiling.

Files turned over to the American Civil Liberties Union under the Freedom of Information Act include a range of studies that undermines the program’s premise, demonstrating that attempts to look for physical signs of deception are highly subjective and unreliable. Also among the files are presentations and reports from the TSA and other law enforcement agencies that put forth untested theories of how to profile attackers and rely on broad stereotypes about Muslims.

The TSA has deployed behavior detection officers, or BDOs, at security checkpoints and in plainclothes throughout airports to look for travelers exhibiting behaviors that might betray fear, stress, or deception. According to the documents, these officers engage in “casual conversations” such that the passengers don’t realize they “have undergone any deliberate line of questioning.”

These spotters can pick people out for extra screening, refer them to law enforcement or immigration authorities, or block them from boarding a plane.

Looking out for suspicious behaviors is hardly surprising, but TSA’s approach has been roundly criticized by government watchdogs and outside observers who say there’s no scientific basis for the clues the officers rely on as indicators. The program — previously known as “SPOT,” for Screening Passengers by Observation Techniques, and now called “Behavior Detection and Analysis” — has cost $1.5 billion since it was rolled out in 2007, according to a recent inspector general’s report.

In 2015, The Intercept published the TSA’s checklist for behavior detection officers, which included dozens of apparently suspicious indicators, such as “excessive fidgeting,” “strong body odor,” “whistling,” and “exaggerated emotions.” Many of the behaviors on the list contradicted one another, and most seemed like they could apply to any number of travelers going through a security screening and heading to a flight. A former officer in the program told The Intercept at the time that the list was “just ‘catch all’ behaviors to justify BDO interaction with a passenger. A license to harass.”

In an emailed statement, TSA spokesperson Bruce Anderson said that “TSA stands by its Behavior Detection capability.” The TSA’s approach, he said, “is threat-agnostic, and unlike technology, does not become obsolete when the adversary develops a new weapon or tactic. It is one element of TSA’s efforts to mitigate threats against the traveling public, and is critical to TSA’s systems approach to deter, detect, and disrupt individuals who pose a threat to aviation.” He pointed to a TSA report asserting that the agency has relied on “sound and substantial” outside research as well as its own studies to refine and revise the list of indicators.

The TSA has previously been accused of racial profiling in picking out passengers for extra screening. The documents obtained by the ACLU reveal additional details of incidents at airports where the TSA was prompted to investigate. In Newark, for example, a TSA investigation found that officers had been directed to focus on particular nationalities and “to pull Latin American and Arabic looking passengers.” In Chicago, an officer alleged that BDOs were told to “pay particular attention” to passengers flying on Middle Eastern airlines, who were likely to carry large amounts of money and have outstanding warrants.

“In these investigations, it becomes very clear how the indicators can be used for wrongful profiling, how they give them a basis for action against someone they don’t like the look of,” said Hugh Handeyside, an attorney at the ACLU’s National Security Project. “They underscore that these indicators are subjective and can be arbitrarily applied.”

In an internal survey, one behavior detection officer left an anonymous complaint stating that the officer had seen coworkers “make questionable decisions based on the way someone looks I.e. cute, Asian, Black, etc.”

“They are quick to ask ‘Was he Somali or Egyptian?’ when speaking about an airport employee who comes into question: as if these are the only races out to cause harm,” the comment continues. “What’s worse is I’ve heard a BDO officer refer to passengers as ‘towel heads’ when speaking in a meeting with other management AND his subordinates. When I reported it, I was told that was to be expected of him.”

The TSA maintains that many of these instances were unsubstantiated, and that the agency added training and modified certain procedures to address concerns about profiling.

In requesting the documents, the ACLU asked to see any scientific research behind the behavior detection programs. It appears there was none, beyond previously published articles of questionable relevance to the TSA program.

“We got back a ton of academic literature and press articles that don’t provide a scientific basis for the program, and materials from other parts of the government that don’t provide any kind of credibility because they simply aren’t appropriate for airport screening, such as military studies from war zones,” Handeyside said. “The TSA simply has nothing in its files that would suggest that it can validly use these techniques to screen passengers in an unstructured environment like an airport terminal.”

Some of the materials the TSA turned over rely on problematic assumptions. One TSA presentation from 2006, titled “Femme Fatale: Female Suicide Bombers,” says that “females tend to be more emotional and therefore easier to indoctrinate.”

Other materials show generic characterizations of Muslims as prone to radicalization.

The TSA denied that its policies rely on religion as a factor.

Top photo: A passenger undergoes a full-body scan at El Paso International Airport in Texas in 2010.