Pruitt, whose confirmation vote is Friday at 1 p.m., is the darling of the energy lobby — which held a fundraiser Thursday for leading champion in the Senate, John Barrasso. 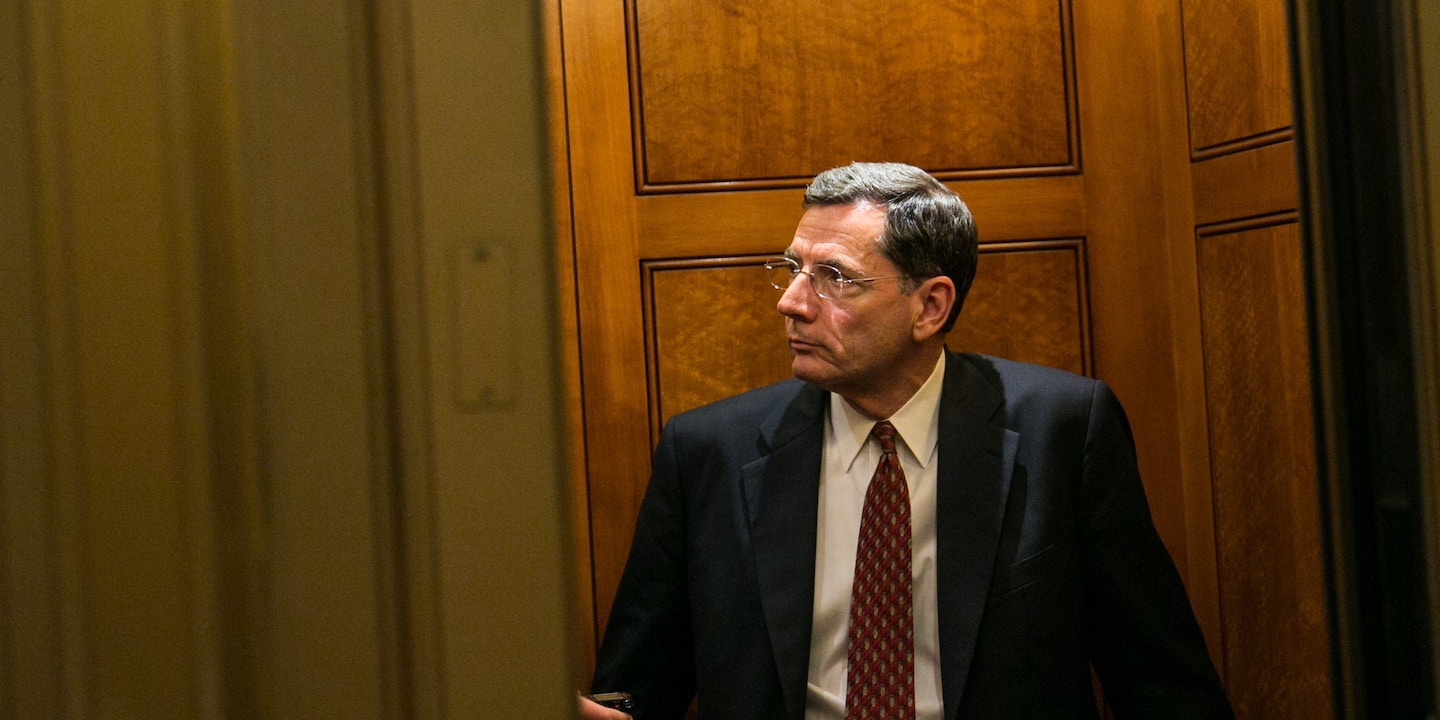 Just moments after leading the floor debate on Thursday in support of Scott Pruitt’s nomination to lead the Environmental Protection Agency, Sen. John Barrasso, R-Wyo., left the Senate chamber to attend a high-dollar fundraiser hosted by energy lobbyists at a Capitol Hill steakhouse.

The Senate voted 54-46 around 11:15 a.m. to invoke cloture, a mechanism that limits debate and allow an up-or-down confirmation vote Friday at 1 p.m.

Barrasso, who has worked to shepherd Pruitt through the confirmation process, gave a brief floor statement, then left the chamber to relax with influence peddlers at Charlie Palmer Steak.

The event, which asked for checks as high as $5,000 to Barrasso’s campaign committee, was hosted by lobbyists for energy firms that have cheered Pruitt’s battles with regulators.

As the Oklahoma attorney general, Pruitt worked closely with energy lobbyists to file lawsuits against a wide range of environmental regulations. Pruitt challenged EPA rules on fracking, controls on pollution from power plants, limits on mercury emissions, and enhancing clean water regulations. Several of Pruitt’s lawsuits and letters to regulators, a New York Times investigation found, were drafted with language provided to him by industry lobbyists.

Jody Gale and Joe Vacapoli, two lobbyists from Farragut Partners, were seen arriving at the Barrasso fundraiser together. Former Rep. Ed Whitfield, a Kentucky Republican who resigned in disgrace after mounting ethics scandals, joined the firm last year, and was also at the event with Barrasso. Farragut Partners represents Energy Future Holdings and Southern Company, two utilities that rely heavily on coal-fueled power plants and have clashed with environmental regulators.

Another lobbyist, Conrad Lass, who represents the trade group for Chevron and ExxonMobil, was listed on the event invitation as a host.

Barrasso, the new chair of the Senate Committee on Environment and Public Works, has — like Pruitt — advanced oil and gas industry agenda items by moving to block environmental regulations. Records compiled by the Center for Responsive Politics show that Barrasso collected over $1.1 million from the oil, gas, mining, and utility industries in the last campaign cycle.

Democratic members of Barrasso’s committee boycotted Pruitt’s confirmation hearing earlier this month over complaints the nominee failed to provide answers on questions regarding his tenure as Oklahoma attorney general.

Top photo: Sen. John Barrasso after voting on the Senate floor on Capitol Hill on March 22, 2013.