Someone Please Ask Donald Trump This Simple Question About Russia

Trump has the power to declassify whatever intercepts exist of his associates talking to Russian officials. Will he use it? 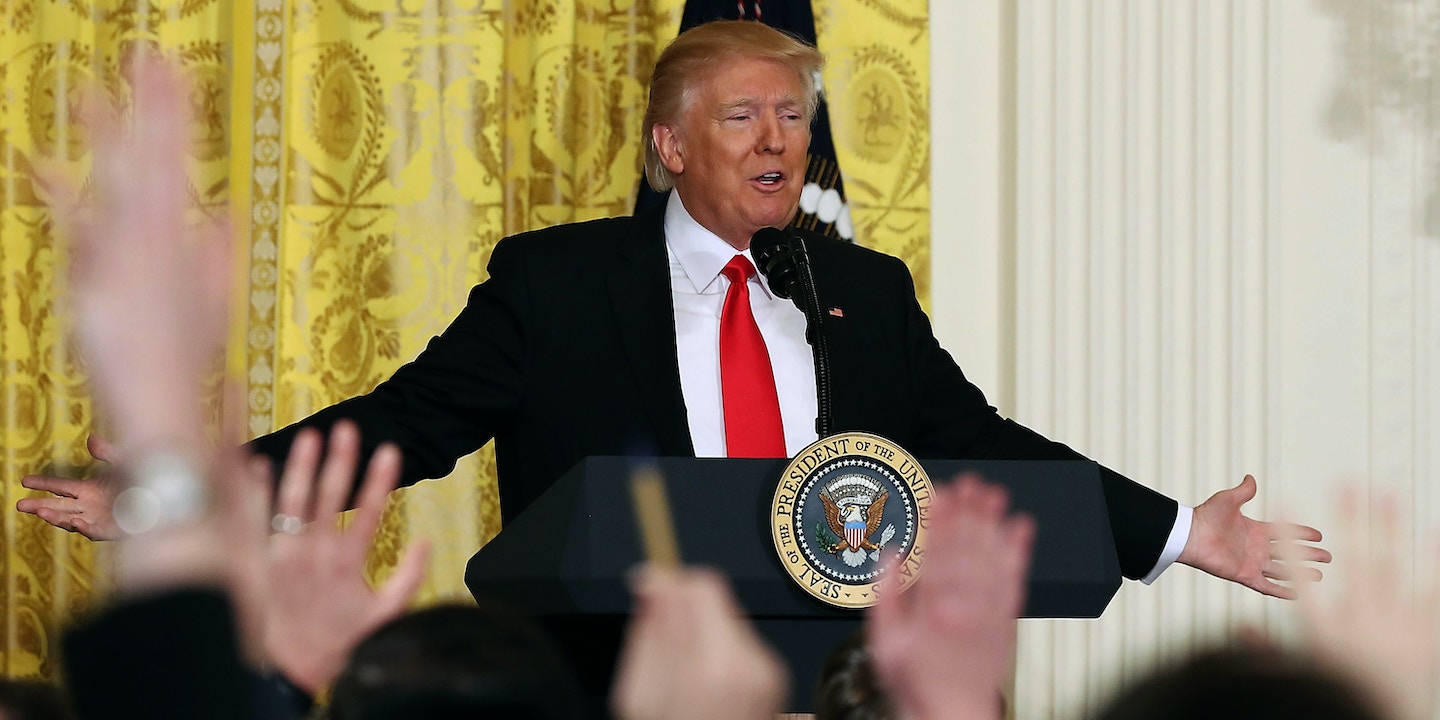 In the maelstrom of anonymous accusations that Donald Trump’s associates were in touch with Russian officials during the 2016 election, one simple point has gotten lost:

As president, Trump has the power to declassify anything — which means he could order all the government’s intelligence agencies to make public whatever intercepts and other records exist involving Russia and people in his orbit.

Moreover, if any contacts between Trump’s people and Russia were innocuous — if the whole thing is “a ruse” or “complete garbage” as Trump himself and his chief of staff have called it — Trump has every incentive to prove that as quickly as possible.

So will Trump use his declassification power?

The administration should be asked this question until they answer it fully. I’m going to try to make that happen.

I personally find it completely plausible that there’s an innocent explanation to whatever contacts there were. I also find it completely plausible that there isn’t. But one thing I’m sure of: The current war of unverifiable leaks from anonymous officials on one side, and unverifiable claims by the Trump administration on the other, is poisonous. We have the right to see the evidence for ourselves, and Trump has the power to show it to us.

I’ve started by asking the White House press office myself. So far they have not responded, but I’ll keep trying and I’ll make a list of my attempts public. You can see the current list at the end of this article.

However, it’s far more likely that Trump or members of his administration will respond to this question from television reporters or those from outlets like the New York Times and Washington Post. So I’m going to lobby the most likely journalist candidates to ask it. I don’t care whether I get the answer, just that someone does.

Members of Congress, particularly on the House and Senate intelligence committees, can and should ask Trump to make the evidence public. In fact, all of the Democrats on the Senate intelligence committee already wrote to Barack Obama in December, saying that “there is additional information concerning the Russian government and the U.S. election that should be declassified.” I’m going to ask if they’ll make a similar push with Trump.

Speaking of Obama, he should be asked why he did not use his declassification power while he had it. So I’m going to do so.

I’ll be writing updates about this as long as it takes. Because this is such a ferociously partisan subject, with almost everyone’s beliefs based on what political team they’re on, I’ll do my best to keep it calm and fact-based.

In the meantime, if you have suggestions about other avenues to pursue, please get in touch.

Here are my unsuccessful attempts to get an answer so far:

Sunday, February 19: Follow up email to Short. He did not respond.

Tuesday, February 21: Follow up email, call and text to Short. He did not respond.

Friday, February 24: Follow up email to Short. He did not respond.

Top photo: President Donald Trump takes questions from reporters during a news conference in the East Room at the White House on Feb. 16, 2017, in Washington.