Based on Tuesday’s performance, Senate Democrats are incapable of acting together to use whatever leverage they have. 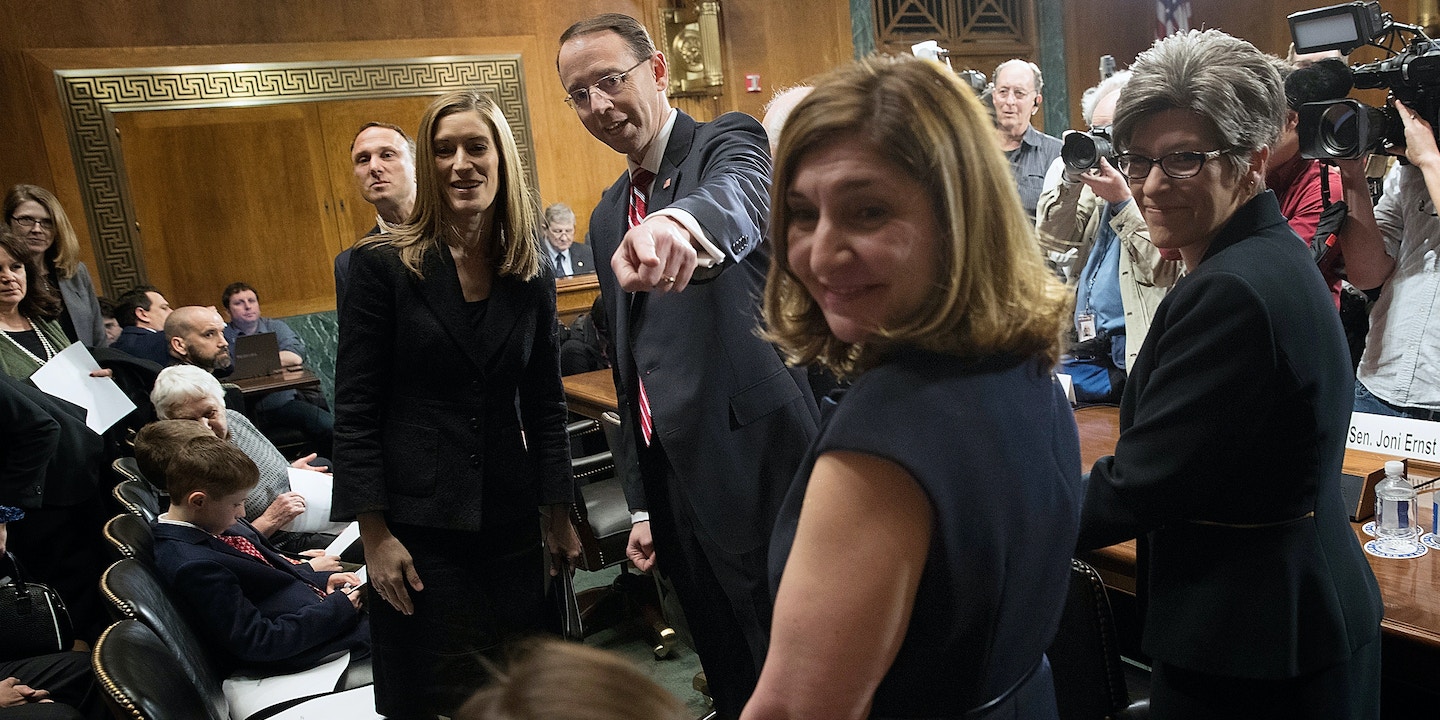 Democrats on the Senate Judiciary Committee briefly possessed some power to nudge Rod Rosenstein, President Trump’s nominee for deputy attorney general, to publicly commit to appointing a special prosecutor to investigate any Russian meddling in the 2016 presidential election.

Their opportunity came — and went — during Rosenstein’s confirmation hearing Tuesday.

It’s true Democrats hold only nine of the 20 seats on the committee, and would only have been able to condition Rosenstein’s approval on his willingness to appoint a special prosecutor if they had stood together and persuaded at least one Republican to join them. But had the parties been reversed, the Republican Party would have formed a united phalanx to demand that Rosenstein, as a patriotic American, must look beyond party and promise to give the country a truly independent, nonpartisan investigation. There would have been press conferences with all nine senators wearing flag pins and looking stern, a major media offensive asking which Democrat on the committee cared enough about this nation to join them, and possibly the composition of some songs about brave deputy attorneys general.

Instead, the Democrats only managed some grumbling and a few uncoordinated questions at the hearing.

California Sen. Dianne Feinstein, the Democrats’ ranking member, said in her opening remarks, “It’s vitally important that the American people have trust in this investigation and that there is not even the appearance of a conflict of interest or political influence.”

But Rosenstein deftly parried her questions about a Russian investigation by pointing out that Obama’s attorney general Loretta Lynch did not decide to appoint a special prosecutor, nor has Dana Boente, the acting attorney general who now holds the power to do so, after Attorney General Jeff Sessions recused himself. “I certainly wouldn’t be able to overrule them,” said Rosenstein, “without having the facts that were the basis for their decisions.”

Feinstein folded without making the obvious point that the actions of Lynch and Boente are irrelevant. Lynch worked for Obama, making such a decision politically impossible; Boente, who was an Obama appointee, is simply a seat-filler. And the plot is thickening daily.

The Republican committee chair, Iowa Sen. Chuck Grassley, shrewdly framed the question of the day as whether the nominee is personally trustworthy, stating that “any insinuation that Mr. Rosenstein lacks the impartiality or professionalism necessary to handle these matters is out of line.”

But it’s not necessary to impugn Rosenstein to demand he appoint a special prosecutor. The relevant regulations state that a special prosecutor can be appointed if an investigation “would present a conflict of interest for the Department or other extraordinary circumstances [emphasis added]” and that “it would be in the public interest to appoint an outside Special Counsel to assume responsibility for the matter.” Certainly the current circumstances — where Rosenstein’s boss might be questioned during any investigation — qualify as extraordinary.

Rosenstein may in fact be capable of overseeing a legitimate investigation, but it’s preposterous to ask Americans to accept that on faith – especially because if any such investigation is closed by the Justice Department without further action, nothing about it will ever officially be made public.

The approach of the committee Democrats other than Feinstein was similarly weak and disorganized.

Connecticut Sen. Richard Blumenthal delivered a long soliloquy about the critical importance of a Russia investigation, only to trail off into questions about whether Sessions should return to answer further questions from the Judiciary Committee. After a back and forth with Rosenstein, Blumenthal finally asked not whether Rosenstein would appoint a special prosecutor, but whether if he didn’t if he would come back to the committee and explain why. Rosenstein wouldn’t even answer that question.  “I view it as an issue of principle that as a nominee for deputy attorney general, I should not be promising to take action on a particular case,” he said. “I believe that if I were to do this in this case, some future deputy attorney general nominee would be here and asked to make a similar commitment, and they’d say, ‘Rosenstein did it, why won’t you?’”

Blumenthal did not point out that there is in fact direct historical precedent for such a commitment: In 1973, Richard Nixon’s nominee for attorney general, Elliot Richardson, was held up by the Judiciary Committee until he agreed not just to appoint a special prosecutor to examine Watergate but to find one whom committee members found satisfactory.

Sen. Patrick Leahy of Vermont did at least mention this Watergate history and said that “I think this Russian interference is one of the worst things I’ve seen in the Senate. …  I cannot remember anything in my years here that has troubled me more.” But his main question to Rosenstein was a softball — “Are you willing to appoint a special counsel to examine Russian interference?” — giving Rosenstein the opening to reply, “I am willing to appoint a special prosecutor, senator, whenever I determine that it is appropriate.”

The Democrats faced an uphill battle to get a special prosecutor commitment from Rosenstein. But based on Tuesday’s performance, they came nowhere close — and gave the impression that Senate Democrats are generally incapable of acting together to use whatever leverage they have.