Hours before Gen. Joseph Votel announced he has found no improper conduct, The Intercept published its own report of the raid based on eyewitnesses. 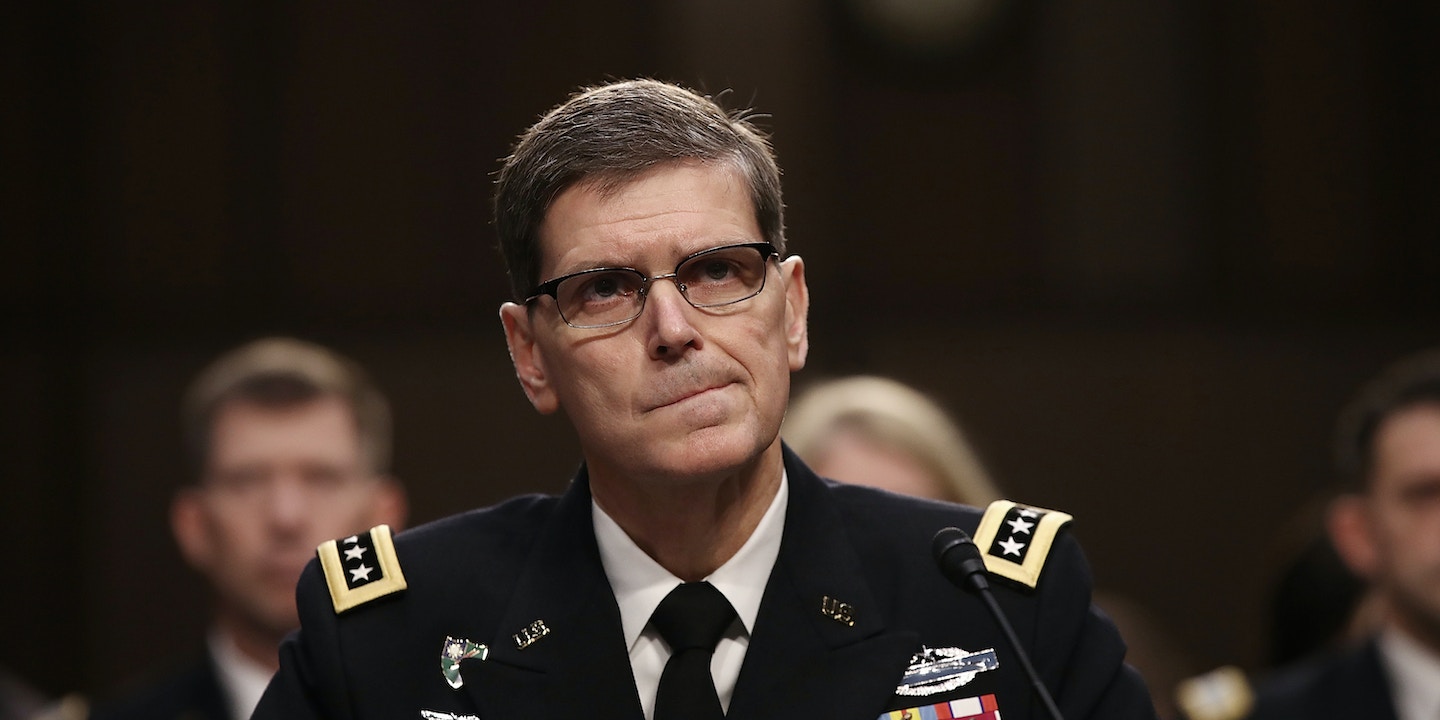 The Pentagon’s top Middle East commander told Congress on Thursday that he found no signs of “poor decision-making or bad judgment” in a January raid in Yemen that killed 10 children and at least six women, as well as Navy SEAL William “Ryan” Owens.

“I made the determination that there was no need for an additional investigation into this particular operation,” said Gen. Joseph Votel.

Earlier on Thursday, The Intercept published its own investigation of the raid based on eyewitnesses, including a 5-year-old who described how his mother was gunned down while trying to flee what other family members said was indiscriminate gunfire from a helicopter.

The White House has tried to shame the raid’s critics into silence. Last month, White House Press Secretary Sean Spicer told reporters “anyone who undermines the success of that raid owes an apology and [does] a disservice.” In a series tweets the next day, President Trump said criticism from Sen. John McCain, R.-Ariz., “emboldens the enemy.”

Media coverage has largely focused on Owens, the fallen Navy SEAL, and whether the raid produced intelligence — not on the massacre or village, which is now mostly abandoned.

After Owens’s father told Trump “not to hide behind my son’s death,” Trump invited the SEAL’s wife to the Capitol for his first joint address to Congress. Trump insisted the raid was a “massive success,” and was showered with praise by media pundits for paying tribute to the widow.

The Pentagon’s internal reviews often result in absolution for atrocities. In 2010, for example, U.S. forces killed seven people, including a pregnant women, after ambushing an Afghan village celebrating a birth. The Pentagon’s review found that it was an “appropriate” use of force, and soldiers faced no disciplinary measures.

After the U.S. bombed a hospital in Afghanistan, in 2015, the Pentagon’s investigation blamed “human errors,” and said the soldiers were “unaware” of what they were hitting.

Votel told reporters the raid targeted — but failed to kill a senior al Qaeda official. The Trump administration has previously maintained that the purpose of the raid was to gather intelligence by seizing Al Qaeda electronics.