The reason the AHCA doesn’t save more is because it also includes a $600 billion tax cut, most of it aimed at benefiting wealthier taxpayers. 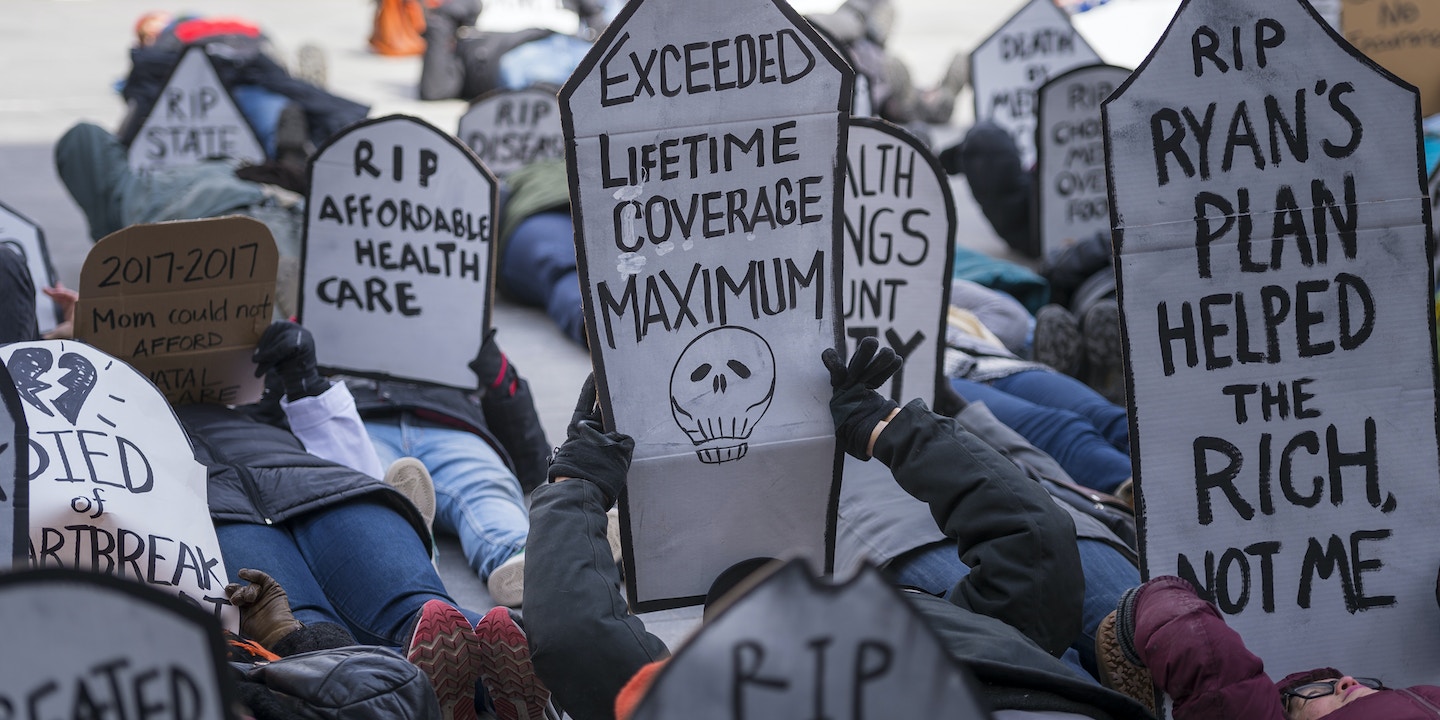 The Congressional Budget Office (CBO) released its analysis of the American Health Care Act (AHCA) on Monday, finding that the Trump-backed House Republican bill that seeks to repeal and replace Obamacare would save the federal government $337 billion over 10 years — at the cost of throwing 24 million people off of health insurance coverage by 2026.

But those theoretical savings would be more than wiped out by an also theoretical increase in military spending that President Trump wants Congress to pass.

Shortly after the release of the CBO report, House Speaker Paul Ryan put out a statement embracing its findings, claiming among other things that it found that the AHCA would “dramatically reduce the deficit.”

Assuming that the Trump administration set the new amount as a baseline going forward, over 10 years it would amount to $540 billion in additional spending. This eclipses the $337 billion that would ostensibly be saved were the AHCA to pass in its current form and remain in place.

And the CBO also finds that the vast majority of savings from the law will come after 2020, when the Medicaid expansion is rolled back. In fact, it wold add $56 billion to the deficit in its first three years: The reason the AHCA doesn’t save more is because it also includes a $600 billion tax cut, most of it aimed at benefiting wealthier taxpayers, by paring back taxes used to support the Affordable Care Act.

AHCA’s impact on the federal budget deficit is hardly the whole picture, of course. The CBO estimates that 14 million people would lose health insurance coverage in its first year. The cost of health insurance premiums would go up for many. The CBO notes, for example, that someone 64 years old earning $26,500 a year would see their net premiums increase from $1,700 annually to $14,600: President Trump can offer any number of justifications for hiking military spending while embracing a health care bill that would throw tens of millions off of health insurance. But he just can’t claim to care about the deficit.

Top photo: Activists stage a rally and “die-in” in opposition to the repeal of the Affordable Care Act (ACA) and its replacement by Republican-authored legislation currently under proposal in the U.S. House of Representatives on March 11, 2017, in New York’s Brooklyn borough.